Koalas are able to detoxify their diet of eucalypt leaves, but this ability means reduced efficacy of their medicines.

The koala is one of the most iconic Australian marsupials. It is immediately recognisable as an Australian symbol and greatly loved both in Australia and internationally. Additionally, koalas are estimated to add significant value to the Australian economy of $1.1–2.5 billion annually by way of domestic and international tourism (NSW Government 2015, www.environment.nsw.gov.au/animals/thekoala.htm). In this Anthropocene era, survival of wild koalas is threatened. Urban development, forestry and mining are fragmenting and destroying their habitat, especially that near the hinterland of cities and towns along the east coast of mainland Australia. Increasing frequency of droughts and bushfires also threatens habitat and animal survival. Koalas being struck by cars while crossing freeways and roads, and attacks by feral and pet dogs, contribute to the alarming reduction in their numbers.

Wild koalas can be infected by many infectious diseases, including the bacterial disease chlamydiosis, which can result in painful inflammation of the membranes around the eye (conjunctivitis) and/or serious painful infections of the urinary–genital tract, which invariably results in incontinence and infertility. Significant numbers of koalas are treated medically at wildlife hospitals annually for disease and trauma.

Until recently, koalas were administered medicines, such as antibiotics and analgesics, at the same dosages as for dogs and cats. Canine and feline medicine dosages were probably applied to koalas because a koala is comparable in body mass to a small-to-middle-size dog (the average mature koala weighs 5–8 kilograms and some of the larger males reach 10 kilograms). But, surprisingly, only in the last 15 years has it been recognised that treating koalas with these dosages is not appropriate, because of the significant differences in diet and digestive anatomy among these species.

The koala is classified as a specialised folivore, i.e. it has an almost exclusive eucalypt leaf diet and has anatomical and physiological adaptations for detoxifying this diet. This diet is low in minerals, proteins and carbohydrates (such as sugars and starches), but extremely high in oils.

Consequently, the koala’s diet has one of the highest concentrations of ingested PSMs, and is one of the most toxic diets of any terrestrial animal. Even a small proportion of the koala’s daily dietary intake of PSMs, especially the terpenoid concentration, would induce toxicity in humans (Pass et al. Xenobiotica 2001, vol. 31, pp. 205–21). Therefore, koalas have to expend significant amounts of energy to minimise PSM absorption and maximise PSM elimination. This constant and great energy demand to detoxify their diet contributes to their characteristic sleepy demeanour.

Factors that affect nutrient absorption from the gastrointestinal tract

A couple of factors affect the rate of food absorption from the koala’s gastrointestinal tract. The ingested mass of eucalypt leaf within the stomach and short small intestine is extremely fibrous, and although there is some PSM breakdown by normal gut microbes, it takes a long time to break down these substances at these locations. It is from the duodenum (the first section of the small intestine) that the dietary nutrients and PSMs are absorbed into the bloodstream. However, the small intestine of the koala is relatively short compared to that in carnivores and even other herbivores. Koalas have the largest hindgut (caecum) relative to the rest of their digestive tract of all marsupials and an expanded proximal colon. This large colon and hindgut acts as a fermentation chamber to facilitate decomposition and eventual elimination of residual gastrointestinal PSMs.

Factors that accelerate absorbed PSMs and their elimination

Once the nutrients and PSMs from the eucalyptus leaves have been absorbed from the gastrointestinal tract into the bloodstream, the liver has an important role in further breaking down the toxic PSMs. The liver is the principal organ for metabolism of oily/fat-soluble substances in the blood. The word ‘metabolism’ can have many different meanings depending on context, but pharmacological metabolism, which is discussed here, means that the original parent molecule is catabolised in the liver and undergoes chemical conversion into one or more metabolites prior to elimination.

Pharmacological metabolism may occur by one or two ‘phases’ to catabolise the oily parent molecule into one or more water-soluble metabolites that can be excreted in urine and/or via bile and into the faeces. Cytochrome P450 monooxygenases are a multigene family of enzymes that have a significant role as catalysts for many metabolic phase I reactions whereby the absorbed molecule undergoes hydroxylation, dealkylation or oxidation; ring-opening and reduction can also occur. Although the gene sequence and function of cytochromes are not greatly dissimilar among species, there are species differences of cytochrome activity with respect to substrate specificity and rate of metabolic activity.

Investigations into the metabolism of various substrates by marsupial cytochromes over the last few decades have concluded that some, but not all, cytochrome metabolism pathways have superior activity in koalas (Liapis et al. Comp. Biochem. Physiol. C. 2000, vol. 127, pp. 351–7; El-Merhibi et al. 2007 Aus. J. Ecotox. 2007, vol. 13, pp. 53–64). In humans, CYP2C is subdivided into four isoforms (CYP2C8, CYP2C9, CYP2C18 and CYP2C19) and is reportedly responsible for the clearance of approximately 15% of those medicines that undergo phase I reactions, including non-steroidal anti-inflammatory drugs (NSAIDs). Koala CYP2C activity is almost 17 times that of humans (Liapis et al. 2000). Recently, the koala genome has been sequenced and it was surprising that the greatest number of genes identified was those for the CYP2C enzymes (Johnson et al. Nat. Gen. 2018, vol. 50, pp. 1102–11). This high number of genes for CYP2C has not been observed in the genome of any other species to date. This probably reflects the great variety of genes necessary for the diverse range of enzymes required to detoxify a eucalypt leaf diet.

Phase II metabolism is characterised by conjugation of a glucuronyl, sulfate, methyl, acetyl or glycyl moiety to either the parent molecule or the phase I metabolite, by transaminases such as uridine diphosphate–glucuronosyltransferases and sulfotransferases. Glucuronidation is an important pathway for the excretion of phenolic PSMs in koalas (McLean et al. J. Chem. Ecol. 2003, vol. 29, pp. 1465–77). Thus, the plant-eating marsupials that have been studied use both phase I (oxidative) and phase II (conjugative) metabolic reactions, which target different dietary PSMs (McLean et al. J. Chem. Ecol. 2003, vol. 29, pp. 1465–77), and these different biotransformation pathways can, likewise, target specific medicines.

What does this mean for giving koalas medicines?

Understanding the above information has resulted in recent changes in recommendations for treating koalas with medicines. One of the best examples is that NSAID meloxicam has been demonstrated to have little therapeutic effect when administered to koalas.

Meloxicam is one of the most frequently prescribed NSAIDs for humans and animals in Australia and globally. It is used for its anti-inflammatory and analgesic properties for animals. Trade names of meloxicam for humans and pets, respectively, include Mobic and Metacam. Meloxicam was the most popular analgesic administered orally to injured koalas for analgesia. Our group at the University of Sydney found that when it was administered by mouth to koalas, meloxicam had very poor absorption in contrast to the excellent absorption in humans, dogs and cats. We think that the poor gastrointestinal tract absorption seen in the koala is due to the drug binding to the fibrous ingesta in the gut and not being free to be absorbed by the duodenal wall. In contrast, the relatively low fibrous diet of people and carnivorous pets does not inhibit meloxicam’s oral absorption. So, the first lesson learnt was there is little point giving this drug (and many others) orally to koalas.

There was a further very important lesson to learn with administering meloxicam. We can also administer meloxicam to koalas by injection straight into their blood (i.e. an intravenous injection), muscles (intramuscular injection) or tissues (subcutaneous injection), where the local capillaries pick up medicine in the blood. The very efficient cytochrome oxidative pathways koalas use to detoxify terpenoids is the same pathway that they use to catabolise meloxicam. This active pathway means that koalas eliminate meloxicam in less than two hours (Kimble et al. J. Vet. Pharmacol. Ther. 2012, vol. 36, pp. 486–93), compared to dogs, which take more than 24 hours to eliminate a single dose of meloxicam, and humans, who take 15–20 hours. So, the second lesson is that the koala’s innate superior oxidative metabolism pathway means that current formulations of meloxicam don’t last long enough in the koala to provide analgesia. So, when possible, veterinarians who treat koalas should avoid oral administration and preferably administer the drug by injection. Additionally, the rate of elimination of the drug should be checked to ensure the drug is in the body long enough to be efficacious.

The koala/meloxicam story summarises a few of the issues we have observed when medications are administered to koalas. We are the only group researching this area. We have conducted many studies, and continue to conduct studies to improve the efficacy of many antibiotics and analgesics administered to koalas. Our biggest current challenges are to improve antibiotic treatment for chlamydiosis and to find analgesics that only need to be administered once a day, but which provide significant pain relief for koalas over that 24 hours.

Merran Govendir is Associate Professor in Veterinary Pharmacology, Sydney School of Veterinary Science, University of Sydney. To find out more about her research to improve medicine dosages for koalas visit https://sydney.edu.au/science/people/merran.govendir.php or email merran.govendir@sydney.edu.au. 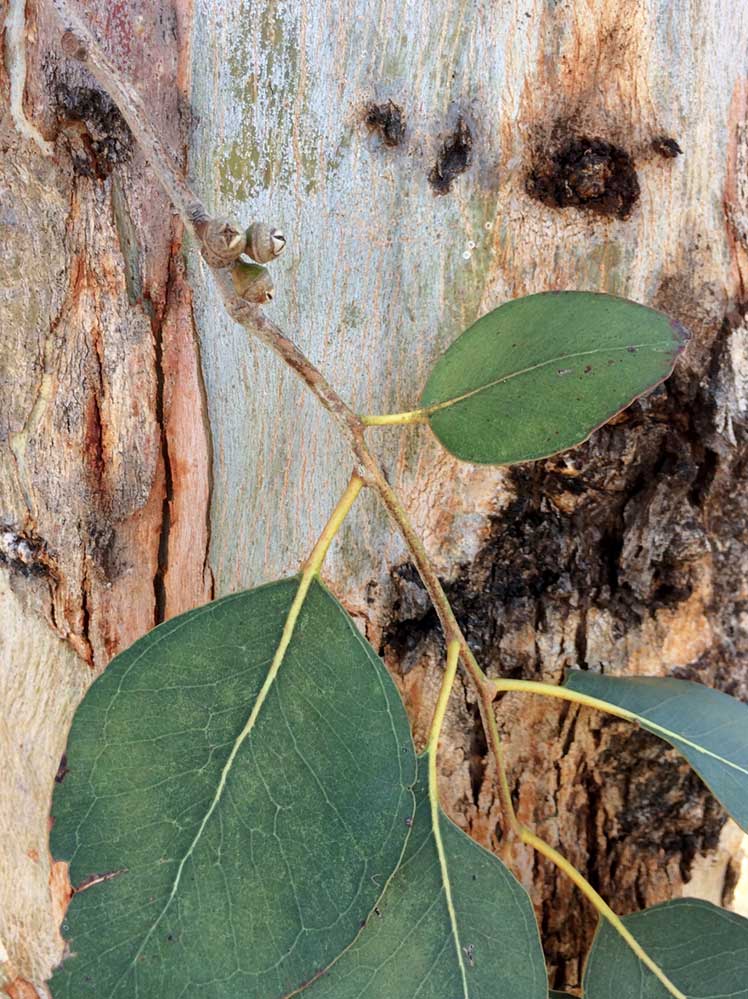 Koalas are fussy eaters. Of the several hundred species of Eucalyptus, koalas have a preferred few (including those in the list below). They do seek secondary eucalypt sources when these aren’t available, and will eat the leaves of plants such as paperbark and casuarina if they really have to. Koalas have several genes related to detection of bitter substances, which is useful for detecting potentially toxic chemicals such as terpenes (although they have a relatively high tolerance for them). 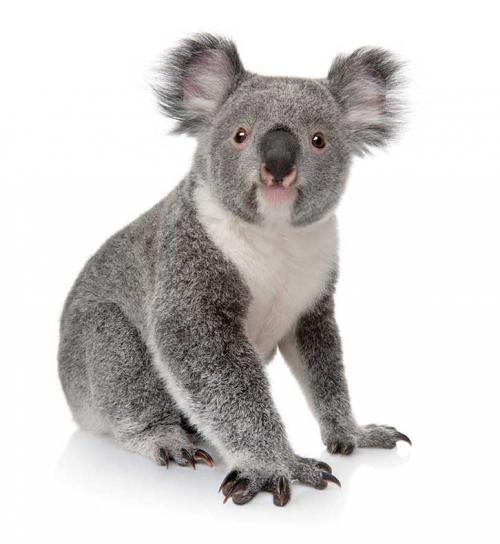 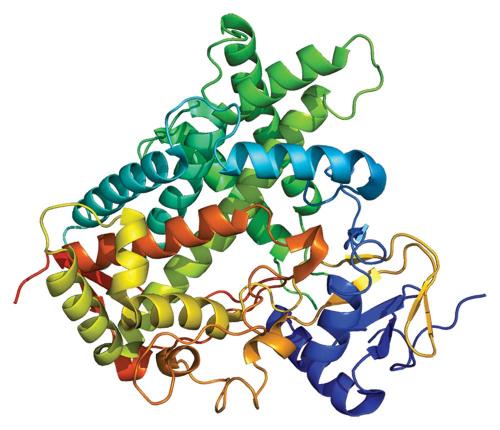 This member of the CYP2C protein subfamily is an enzyme found in the liver and other tissues, and is involved in oxidative metabolism in many species, including humans and koalas. CYP2C activity in the koala liver is considered high. In humans, CYP2C has four isoforms (CYP2C8, CYP2C9, CYP2C18 and CYP2C19); in koalas, CYP2C47 and CYP2C48 have been identified and contain four extra amino acid residues at the NH2-terminal (Jones et al. Comp Biochem Physiol C, 2008, vol. 148, pp. 230–7). 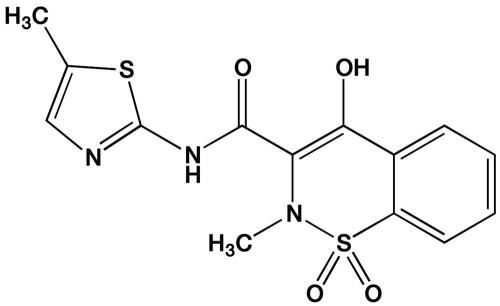 Meloxicam is widely prescribed to people as an NSAID, but it is poorly absorbed by koalas.

The koala ... has an almost exclusive eucalypt leaf diet and has anatomical and physiological adaptations for detoxifying this diet.