Plagiarism is a dirty word

Recently, the national media has reported incidents of plagiarism and cheating by year 12 and university students. Plagiarism is not just practised by students; nor is it new. There have been reports of scientists, politicians and others engaging in plagiarism and other forms of cheating. There is even a Retraction Watch website.

The internet, electronic resources, books and other resources provide an information-rich environment, in which it is extremely easy to copy information. Sometimes such copying constitutes misconduct but at other times copying is not misconduct. For example, discussion about occupational health and safety probably requires the inclusion of the exact wording of the relevant legislation. Whether copying is or is not misconduct can be confusing.

According to a widely used classification suggested by Oxford Brookes University, there are six ways to use sources.

At senior secondary and tertiary levels, point 1 is plagiarism; point 6 is not. What is considered plagiarism depends on the culture of the community. For example, it is the cultural practice in some disciplines to quote verbatim, sometimes without citing the source if the source is extremely well known. What is considered well known depends on the particular community.

Teachers and educators are often reluctant to discuss plagiarism. They are afraid that discussion in a public forum may help the small number of dishonest or lazy students to plagiarise (cheat) and to avoid detection procedures. This silence also causes problems. A few years ago, a north American study of two university student cohorts found that the students in this sample generally considered themselves honest and that most of them stated that cheating was never acceptable, or acceptable only in rare circumstances. However, a number of them did report that they had engaged in practices that many academic staff considered as cheating, suggesting that these practices were partially due to ignorance of what was considered acceptable academic practice. The silence also means that teachers and educators often have inconsistent notions and expectations of acceptable academic practice, by drawing the line between acceptable practice and plagiarism at different points in the classification of the use of sources.

A further problem is that plagiarism can affect staff morale. In common law, Blackstone’s formulation says that it is better that ten guilty persons escape than one innocent suffers. Since academic misconduct depends on whether it was an honest mistake or whether there was an intention to cheat, often school and university authorities only issue a warning without further penalty or consequence, in applying this legal principle. Teachers and educators can then feel that the institution does not care about plagiarism, which serves to discourage them from tackling plagiarism.

A previous column (February 2014 issue, p. 38) discussed the importance of including ethics as an essential part of chemistry education. What is needed to reduce plagiarism and other forms of cheating is better education and clarification of what is considered acceptable and unacceptable practice, reducing the opportunities and motivations for cheating, and obviously acting to detect and penalise all forms of cheating. But we can all start by discussing the issue and modelling what is ethical professional practice.

Kieran F. Lim FRACI CChem (kieran.lim@deakin.edu.au) is an associate professor in the School of Life and Environmental Sciences at Deakin University. The content of this column has been influenced by, and partly based on, the work of other authors. Full citations are available on request. 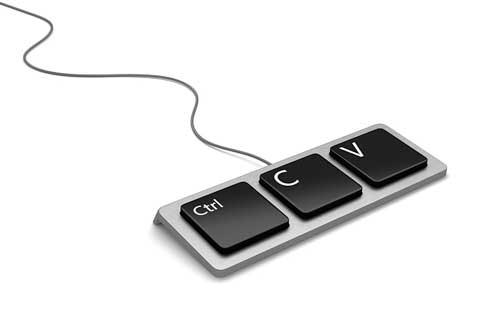