I mentioned in my previous Letter that I recognised the names of most of those organic chemists who contributed to the development of systematic nomenclature in the early 1890s. There are a few that I had never heard of, however, and so I spent the summer hunting for information about them. Here I can tell you about Bonkowski Bey, the delegate from Turkey. The Turkish honorific ‘bey’ is the equivalent of ‘gentleman’, or perhaps ‘esquire’, so eliminating that honorific from my search was a simplification. However, ‘Bonkowski’ sounds more Polish than Turkish and that was a puzzle to be solved, so I reached out to the Turkish Chemical Society. They referred me to Professor Emre Dölen, a retired professor of analytical chemistry at Marmara University, who knows a lot about the history of chemistry in his country and was pleased to help.

Charles Bonkowski (1841–1905) was born in Constantinople (from 1930, Istanbul) to a refugee Polish family. In the first part of the 19th century, Poland was under Russian rule but extremely turbulent. After an uprising was suppressed in 1831, many people fled the country, mostly to settle in Western Europe, but Turkey in the case of Bonkowski’s family, although they may have sojourned in some other country on the way. Charles was a successful student of chemistry in the 1860s, and he was sent by the Ottoman government to study in Paris, where he worked with Michel Eugène Chevreul (1786–1889) and Edmond Frémy (1814–1894) and where he also studied pharmacy. Back home in Istanbul in 1865, his career flourished, and he became a chemistry teacher at the Imperial Medical School and in 1894 Chief Chemist of the Sultan. He attended the Paris Chemistry Congress in 1892 and was appointed to the working group that prepared the scheme of systematic nomenclature. According to Professor Dölen, he was not at the Geneva meeting in 1892 and this is confirmed by Bonkowski’s absence from the official photograph of the conferees, of which a copy appears in Maurice Crosland’s Historical studies in the language of chemistry (1962).

I did find a publication of Bonkowski’s, an 1876 study of the waters of the hot springs of Bursa – Brousse in French – in northwestern Turkey. Perhaps reflecting Bonkowski’s time in Paris, or maybe just because the use of French was widespread in 19th-century scientific writing, the report was written in French. By the turn of the century, things were changing, and Turkey’s first organic chemistry textbook, written by Ali Riza Bey and published in 1901, was in Arabic but included some transliteration into Latin characters. Riza had graduated from the medical school in 1888 and like Bonkowski before him he was sent by his government to study in Paris. He returned to Turkey in 1892 to take up teaching appointments at the Imperial Medical School and other institutions.

Professor Dölen pointed out that systematic nomenclature was followed in Riza’s book. In the structure of methyl-3-ethyl-4-hexane shown here, the CH2 and CH3 groups are easily identified by their numbered positions, from 1 to 6, running from right to left above the carbon atoms. The Arabic numbers were easy but there is no good match between the Arabic and Latin letters so I couldn’t be sure of element symbols. If the RACI membership is as culturally diverse as I hope it is, someone who knows Arabic might be able to help.

In addition to his academic positions, Bonkowski held military appointments, as colonel (1884), then brigadier general (1893) and lieutenant general (1904). In the scientific field, he represented the Ottoman government at a number of international meetings, in addition to the one on chemical nomenclature. He was delegate to the Congrés International des Mines et de la Métallurgie, held in Paris in 1889, where he delivered a report on the minerals of Asia Minor. In 1894, he was one of the Ottoman delegates to the International Sanitary Conference. This was one of a series of meetings, held in Paris starting 1851 and in 1892 adopting the International Sanitary Convention that aimed to stop the spread of plague typhus and other infectious diseases. I’m not sure if Bonkowski was there for that one, but his broad knowledge of things scientific and his European connections made him an ideal delegate for his government. 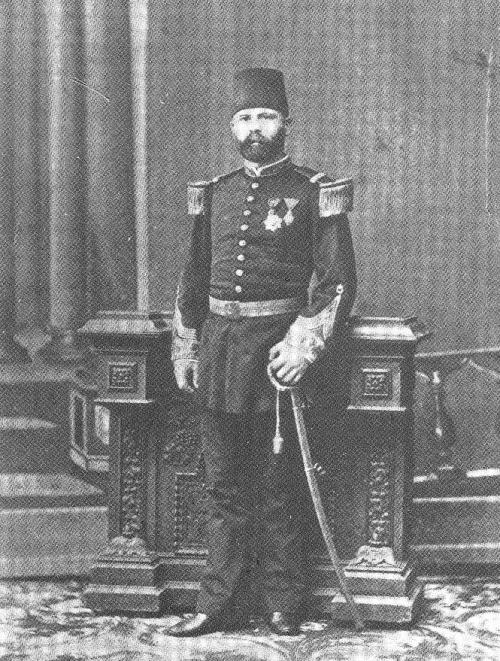 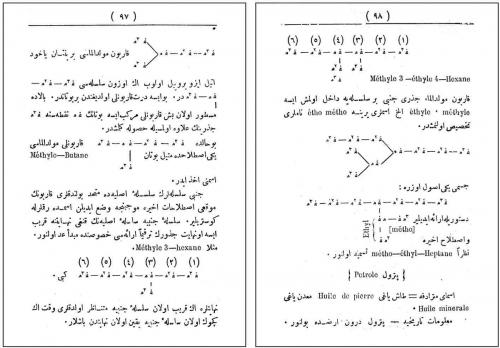