All that glitters is not gold

In September 1904, Sydney newspapers picked up a story from London’s Daily Mail about what appeared to be gold on the teeth of a sheep’s head someone had purchased from a local meat market. It was part of a shipment from Australia or New Zealand, and when tested by a local doctor it was found to be resistant to aqua fortis (nitric acid), causing Dr Styles to deduce that the yellow coating on the teeth was, indeed, gold. Amid general scepticism, and a suggestion that the cause was the practice of grazing of sheep in Australia on grass growing on soil rich in alluvial gold, Mr Richard Smithson, a grazier from Cobar, wrote to say that a recent drought had decimated sheep flocks, causing owners to take extra good care of their animals, including dental care by a Cobar dentist who had used gold fillings that had travelled all the way to London.

About a year later Andrew Liversidge FRS, professor of chemistry at the University of Sydney, exhibited a sheep’s head with yellow, metallic-looking teeth at a meeting of the Royal Society of New South Wales. With simple tests, he had identified the presence of phosphate, and concluded that the coating on the teeth was none other than common tartar (as pictured), consisting mainly of calcium phosphate. The metallic appearance, more like brass than gold, he thought, was due to the refraction of light by the overlapping edges of the thin lamellae of the deposit.

Not everyone was satisfied by this common-place explanation, and from time to time people showed up at the Royal Mint, in Sydney, hoping to cash in on golden sheep jaws. In May 1917, however, a Mr Beeby Thompson wrote to Nature to say that ‘golden teeth’ were commonly observed in English sheep and cattle, and that the colour was due to iron sulfide, FeS2, that he characterised as pyrite or marcasite. It had obviously formed, he wrote, from iron salts in the water the animals drank, reacting with sulfides formed by microbiological reduction of sulfate in the animals’ mouths. Subsequent correspondence in that journal included some ‘me too’ letters; a precis of the paper that Liversidge had published in the Proceedings of the Royal Society of New South Wales; and a showstopper from Thomas Steel, of Sydney, who ridiculed Thomson’s explanation and supported Liversidge’s view. Steel had seen many cases in Sydney and doubted that the situation was any different in England.

Steel’s full paper was published in The Chemical News in 1922. ‘From the stocks of bones passing through a large bone charcoal factory in Sydney’, he wrote, ‘I have been able to examine the teeth of numerous sheep and also those of oxen, horses, pigs, etc.’ In collaboration with a local dentist and several museums, he had examined human teeth and those of camel, dromedary, babirusa (a pig-like animal from islands to the north of Australia) and rhinoceros. The analytical figures were quite similar, typically showing (in mineralogical style) about 40% CaO and 30% P2O5, which suggested a mixture of several calcium phosphates. The teeth of carnivores (dogs, cats), rodents (mice, rats), snakes, lizards and fish were generally free of tartar. Steel also noted similar analytical results and conclusions reported in 1814 by the great Swedish chemist Jons Jakob Berzelius.

So, who was analyst Steel and what was he doing with all that bone charcoal? Thomas Steel (1858–1925) was born in Glasgow and learned his trade in the laboratories of a sugar refiner. Recruited by Colonial Sugar Refineries (CSR), he came to Sydney in 1882 and worked in a number of the company’s refineries in Fiji, New Zealand and Australia. A key step in the decolourisation of sugar involved passing the solution through a bed of bone char, a process I saw at the old Yarraville refinery not far from where I live. Being vertically integrated, and very proud of its ‘chemical control’ of the refining process, CSR made its own charcoal. Bone char had very high surface area, consisting as it did of calcium phosphate particles coated with activated carbon. At Yarraville, the spent charcoal, when its decolourising days were done, went next door to Cuming Smith’s to be converted into superphosphate, large quantities of which were sold to wheat farmers in Australia … and to sugar growers in Mauritius, who sent their raw sugar to Yarraville for refining. 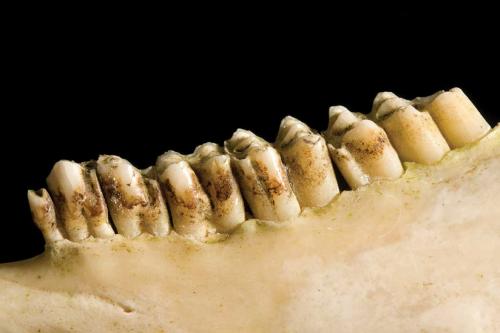