﻿It is cold outside and suddenly you feel the urge to urinate. Why? Well, you expend a lot of metabolic energy in keeping a bladder full of waste water at body temperature. Better to dispose of the water ASAP. Divers feel the urge to purge even more pressing.

Why? Water has a surprisingly high specific heat. That is why a hot water bottle is great for cold beds. If you prefer a ‘wheat’ bag, fillings with good heat retention include corn and jasmine rice (which smells nice, too) (bit.ly/3tbD5mS).

﻿Specific heat is a measure of the heat-holding capacity of a material – how much heat is needed to raise the material’s temperature. Just heating or cooling a substance doesn’t require much heat. More heat is involved when a material changes phase; from solid to liquid and particularly from liquid to vapour. Chemical reactions can produce much more heat. Some chemicals are used to store, use and generate heat.

Since antiquity, water has been used to store winter cold for cooling buildings in summer. Water is an example of a phase-change material – a substance that absorbs a great deal of heat by melting or undergoing other physical transformations.

For example, it takes 334 J/g to melt ice, but around 4 J/g to increase the temperature of water by a further one degree. And that’s why you throw another ice block into the Esky.

By comparison, the heat of vaporisation of liquid water is huge, about 2260 J/g. This makes water the preferred substance for putting out most fires (unless the situation means it will do more harm than good). It’s cheap and easy to spray onto bushfires. Phase-change materials are used in fire-protective clothing to absorb and thus reduce the rate of heat penetration. Research is focused on providing layers of different fabrics that themselves have an enhanced heat melting energy.

Eating your soup, you are grateful for those double-pane windows you had installed to reduce heat transmission. The vacuum between the panes removes convection and thus heat transfer (in both directions). Vacuums require stronger panes and better seals. Therefore, a gas is used, with argon preferred. Argon’s specific heat is ten times lower than helium’s. Hydrogen’s is 14 times higher than nitrogen’s. Anything special about those ratios?

Chemists love their moles but for everyday practical purposes we buy, sell and measure materials in grams. Changing from kilograms to atomic/molecular masses, we see that all the mono-atomics (argon and helium) have the same molar heat capacities, as do all diatomics. The polyatomics can be more complicated because they have more vibrational and rotational modes for storing energy.

So, a monatomic gas with a low specific heat will transmit less heat across the window space.

Solar houses often use large concrete slabs exposed through a northern window to warm up in the sun and then release that energy at night when it is cool (bit.ly/3tbDVjw). Thermal energy storage has become a sophisticated energy-saving option often employing phase-change materials.

Still feeling cold after the soup? These hand warmers contain iron powder, salt, water and activated carbon. Expose the pouch and air diffuses through the permeable cover, which incorporates iron and other components. Salt water provides the electrolyte; being adsorbed on activated carbon electrically connects separate pieces of iron in environments with different oxygen concentrations. Basically, you are getting heat from the rusting of iron.

A number of different materials can be used to retain the moisture needed for reaction: pulverised wood, polyacrylate polymer and vermiculite (aka kitty litter).

Users want quick warmth, but they also want it to last. The finer the iron, the larger the surface area exposed for reaction and the faster and the more intense the reaction. The size of the holes admitting oxygen affects the rate of reaction.

This type of warmer is single use. Reusable warmers harness the heat released when a supersaturated solution of sodium acetate is shocked into suddenly crystallising (by hitting it!). Boiling the packet after use dissolves the crystals and you can start again. This takes us back to phase change materials. 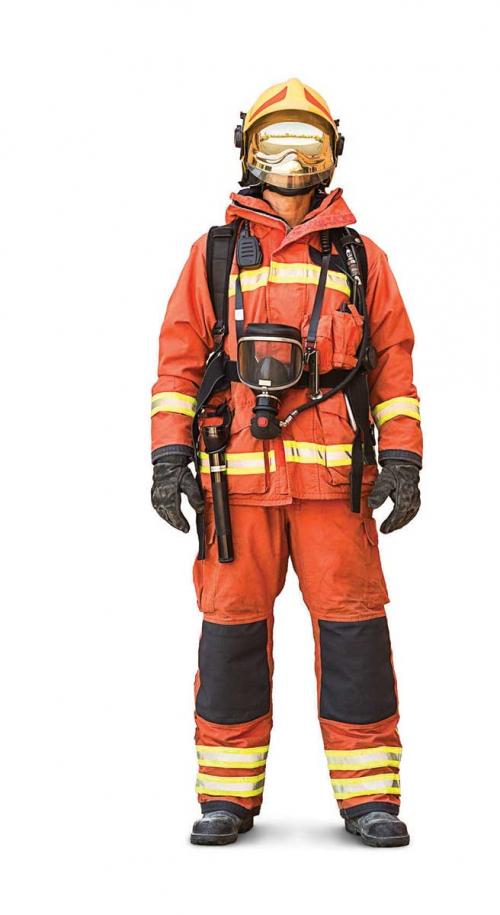 Phase-change materials are used in fire-protective clothing to absorb and thus reduce the rate of heat penetration. 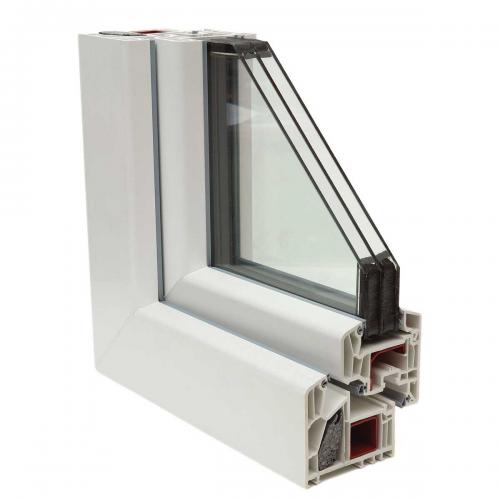 Double-pane windows reduce heat transmission. The vacuum between the panes removes convection and thus heat transfer in both directions. 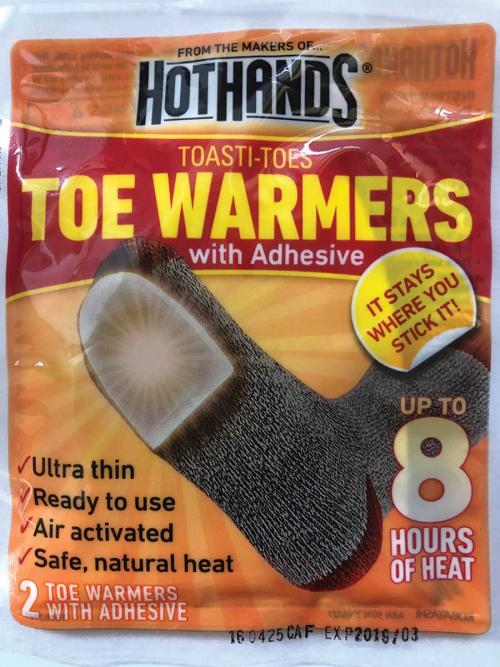