Where should I start thinking about my life beyond chemistry? Much of my research has been aimed at solving problems in areas beyond the ‘central science’, so I have trouble finding one particular example to write about.

I have been a synthetic organic chemist, a biochemist, a natural products chemist and a pedagogical researcher; and I have also had a long-term hobby as a horticultural assistant, which has continued into my retirement. In all these roles I have worked in collaboration with a range of experts in fields within and beyond chemistry and learnt a variety of skills from all of them.

But wait, I do remember one particular turning point. When I returned to research after a hiatus, I needed to start understanding more about ecology and biology. I did not expect such a culture shock.

When I first read papers in ecology journals, I was gobsmacked that most of them were written in first-person singular. I had spent countless hours persuading students to write reports and papers in third-person passive, and I had once been admonished by an editor for writing ‘this diagram shows …’, having to rewrite it as ‘in this diagram, it can be seen …’

Because the more personal style was almost universal in these biologically focused journals, I realised there must be a sensible reason for it. And there is. Imagine if you are out there in the middle of a freezing night with an infrared camera and a very long roll of twine documenting which nocturnal marsupials pollinate what banksia flowers; or alone on windy Macquarie Island monitoring rabbits; or covered in fungicide powder roaming a steamy tropical rainforest in the wet season looking for frogs. You are the only researcher there, at that time, making personal observations, trying to understand your test organism. It is therefore legitimate that your own reactions are part of those research results and you need to report them in first person. Your subjective observations are equally as valuable to the reader as the ‘objective’ data collected.

The other aspect of research in an environment where it is difficult to control the variables is that you need to be aware of the limits of your documentation strategies. It is important to devise well-designed protocols and appropriate statistical analyses before you start, and to add your personal observations to that framework.

This is why my biologist colleagues emphasise the nature of ‘the research question’ to their students and teach them about how to plan sampling strategies and understand statistical significance. Conversely, in a chemistry lab, we can often put our subjects into a ‘test tube’ in a more controlled way. I have even seen chemists first play around with the chemicals and the equipment to see what they can do before planning (or changing) the aims of their research. (Guilty as charged!)

Because I was working in a multidisciplinary science department at the time I was confronting this cultural divide, I decided to talk about my observations at one of our informal Friday afternoon seminars, intending a humorous dig at the philosophical differences between the resident chemists, biologists and biochemists (and one physicist). Instead, my ideas were taken so seriously that people continued the discussion on the points I had raised, even after the beer and pizza ran out.

We were, at that time, buzzing with cross-disciplinary research and had several excellent research students learning each other’s techniques. An illustration from a very old but important book, Mammalian semiochemistry – the investigation of chemical signals between mammals (E.S. Albone, Wiley, 1984, p. 8), nicely illustrates the problems encountered. Captioned ‘Naïve optimism … a caricature of interdisciplinarity?’, it features the following exchange as a circular ‘chicken and egg’ conversation:

Chemist: Tell me by next week which of these hundred components are biologically active.

Biologist: I want a complete chemical analysis of this 10 µL of secretion.

We discussed how these sentiments can be frighteningly correct. We had already learnt that we needed to be careful in choosing referees for theses and papers describing research in which several methodologies had been used. If for example you choose one referee who is a chemist, and one who is a biologist, and if neither has previously been involved in cross-disciplinary communications, then you run the risk of the chemist thinking the biology results are trivial – that not enough time and effort has been spent acquiring them or they are not sufficiently rigorous – and the biologist thinking the same thing about the chemistry.

Over the years, I have indeed learnt to think beyond chemistry. Although it is the central science, it is not the only science. Something that happens in the lab is not necessarily what happens to, or within, a living organism. To help solve real problems, it is necessary to listen to researchers in other fields, and to really understand the methods that are derived from their experiences.

And it didn’t stop there. While working with plants, I also learnt to try to think like plants. Imagining life from the viewpoint of one’s research subject is not new, and I hope I have learnt a tiny bit from real experts such as Einstein, Kekule, Barbara McClintock (and others). By doing this, I resolved a puzzle my results had posed, when I realised that the methodology I was using was nothing like any natural environment that the plants experienced and that I was seeing a homologous series of laboratory artefacts.

And it won’t stop here. Although I am now retired, I continue a vicarious interest in the fascinating new insights about the communication between plants and their wider environment, which includes other plants, animals, insects and microorganisms. If this piques your interest, I recommend an excellent book – What a plant knows – a field guide to the senses (Scribe 2017) – resulting from collaboration by world-renowned chemist Daniel Chamovitz, a variety of biologists and a wonderful science communicator/editor. (Read the book’s acknowledgements to see what I mean.) Chamovitz has really gone way beyond chemistry, while maintaining the importance of the central science.

Deidre Tronson FRACI CChem used to be a mad scientist, but now she is the Good Little Banksia Lady.

In my retirement, I try to educate myself about a wide range of scientific developments with a daily dose of sciencedaily.com – from there, I can choose articles to follow up, or not. (Habits of early morning literature-browsing are hard to break.)

More specifically, relating to plant communication and the evolution of ideas, I have put together a selection of articles that illustrate various aspects of this research over the years. (The ideas about talking trees were originally pooh-poohed in the mid-1980s. Researchers have come a long way since then.)

Carthew S.M. ‘Foraging behaviour of marsupial pollinators in a population of Banksia spinulosa’ Oikos 1994, vol. 69, pp. 133–9. (Example of first-person reporting, plus a change in paradigm about animal pollinators.) 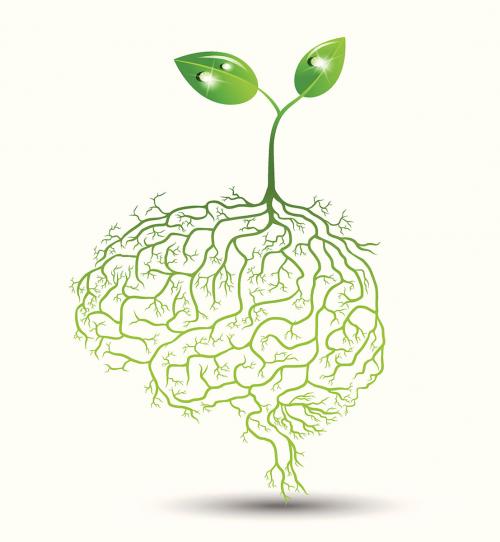 Because the more personal style was almost universal in these biologically focused journals, I realised there must be a sensible reason for it.