Creativity and the synthesis of ideas

What characterizes creative thinking, apart from the intensity of the interest in the problem, seems to me often the ability to break through the limits of the range – or to vary the range – from which a less creative thinker selects his trials. This ability, which clearly is a critical ability, may be described as critical imagination. It is often the result of culture clash, that is, a clash between ideas, or frameworks of ideas. Such a clash may help us to break through the ordinary bounds of our imagination.

As Popper explains, a broader range of perspectives is more likely to produce original ideas, and this is one of many benefits of diversity in science. Minister for Industry and Science, the Hon Ed Husic MP, recently announced a review into how federal government programs can support diversity in STEM (bit.ly/3eNwI89), and the Australian Academy of Science (bit.ly/3CMzSkq) is pursuing best practice in equity, diversity and inclusion.

I was lucky enough to complete my entire secondary education in Canberra’s fantastic public schools. When I made it to university, I decided to pursue a double degree in chemistry and philosophy at the Australian National University. By about halfway through second year, I had decided to work towards a career in total synthesis, and I approached the lecturer for the organic component of my general chemistry course to express this desire. That fateful meeting has influenced the direction of my life. The lecturer was Professor Martin Banwell, a Fellow of the Australian Academy of Science, who later became my PhD supervisor and, later still, my dear friend and collaborator.

During that very first conversation, Martin hashed out a plan to expose me to the maximum amount of lab work possible while still an undergraduate (through, for example, what Martin described as a ‘double-barrelled research project’). Martin’s willingness to accommodate and even encourage non-standard arrangements for people in his group was something I always considered most effective about his work approach. An early and important example of this was when he arranged for me to work in Professor Sam Zard’s labs at École Polytechnique in Paris during my PhD studies, on an unusual doctoral exchange program.

After a less than ideal experience during my first postdoctoral fellowship overseas, I wanted to acquaint myself with the world of professional work outside academia. I returned to Australia and secured a few remote jobs that were indirectly related to my training as a synthetic chemist. These included working as a freelancer in scientific editing and publishing as well as compliance assessments of government chemical regulations.

The most important experience, in terms of maturing my thoughts, came from a job that at first seemed totally orthogonal to my training as a scientist. At various times during my undergraduate studies, I had worked on building sites in Canberra as a scaffolder. In every instance, I was an active union member. Some of my union contacts found out I was looking for work, and they came to me with an offer to organise structural trades such as scaffolding and concreting on building sites in the ACT. Suffice to say, the bosses discovered that dealing with a doctor of science was a highly non-standard experience.

The cover of a textbook I used in Year 11 declared that chemistry is the ‘science of matter and change’. What a beautiful description. Successfully representing workers and even expanding their interests in a hostile political environment demanded a kind of dialectical thinking that pushed me to understand change in new and powerful ways. The dialectical method is extremely powerful when applied to the natural sciences, as demonstrated by a recent article contextualising and even resolving, among other things, contradictions inherent in the Copenhagen interpretation of quantum mechanics (G. Carchedi, International Critical Thought, 11 September 2022).

In addition to theoretical insights, active participation in social practice as a union official forced me to think deeply about strategy. This in particular had a direct impact on my ability to plan the synthesis of complex molecules.

After two years as a union official, I desperately missed work as a scientist and became determined to return to the lab. However, despite my strong publication record and numerous academic and professional awards, it would have been almost impossible for me to secure either an academic or a postdoctoral position in Australia immediately after my two-year research hiatus, let alone think about being competitive for an ARC grant.

I have benefited immensely from my training as a researcher in Canberra, interacting with eminent chemistry professors such as Lew Mander and Athel Beckwith. However, more influential to me has been the great emphasis of the Australian undergraduate education system on practical application. Working overseas in various countries, more than once I was struck by the comparative lack of practical synthetic ability of researchers at similar career stages. Despite this, re-entering the research workforce in Australia was difficult.

This was not the case in China. Indeed, when I contacted former colleague (and now associate professor) Lan Ping to discuss my resumé, he replied with a job offer as a High Level Foreign Talent Research Fellow at the Institute for Advanced and Applied Chemical Synthesis (IAACS) in Guangzhou. The position was funded by a grant from the Central Government, which I was able to secure in a matter of weeks. As it turns out, the director of the IAACS is Martin Banwell. Martin’s enthusiastic support for my appointment as a fellow, despite my two years working as a union official, is another example of his encouragement of those with non-standard career paths.

Of course no system is perfect, and my experience in China had its challenges. For example, when the COVID-19 pandemic first became global, I was on the way to start my new job in Guangzhou – and the Central Government closed China’s borders. I was stranded in Malaysia, and had to endure that situation for 14 months while sorting out a new visa. Perversely, this setback contributed to some of the most important achievements of my research career thus far.

In the planning stages of my route to codeine, the lessons in strategy I had learnt as a union official came to the fore. I am not advanced enough in my career to have my own series of signature reactions that allow me to present my work in the current style. Thus, to make a significant contribution in this area, I had to go back to basics and develop a route to alkaloid (1) in which ‘the symphony appears greater than the sum of the notes’. The only way to do this with the chemical knowledge I possessed at the time was to come up with a benchmark synthesis in terms of both total reaction time and number of chemical steps. A summary of my successful synthesis of (–)-codeine, which proceeded in only seven steps from commercially available α-iodocyclohexenone, is shown in the reaction scheme.

In addition to being the shortest route to (–)-codeine and the morphinan framework, the synthetic sequence depicted in the reaction scheme has some other advantages. For example, since stereochemical control throughout the entire route is determined by the configuration of the hydroxyl group in chiral alcohol (3) (and since either enantiomer of the chiral borohydride reagent can be easily prepared from the two enantiomers of tartaric acid), the work also represents a formal synthesis of (+)-codeine. Furthermore, the photoredox hydroamination protocol used to effect the transformation (9)→(10) permits an unprecedented and atom economical construction of the morphinan D-ring, since no prior activation of the tethered nitrogen nucleophile is necessary.

It would have been impossible to bring this work to a successful conclusion without the knowledge and support of my highly capable colleagues. In particular, Professor Martin Banwell endured my rapid-fire discussion of the developing chemistry nearly every day over our regular morning coffees. Professor Yu-Tao He, luckily for me, skilfully operated a blue LED-based photochemical facility in the lab next to mine.

My proposals to extend the initial successes described here were recently awarded a National Science Foundation of China grant. As it turns out, I will be completing at least some of this work in Paris in the labs of Professor Sam Zard, as part of an unprecedented arrangement in which the IAACS will send me to the École Polytechnique for two years as a visiting fellow. Once again, none of this would be possible without the open-mindedness of Professor Martin Banwell.

As part of the important reviews into diversity in STEM currently underway, I hope stories like mine can help policymakers recognise the large dividend that accrues from supporting researchers with unusual career backgrounds. 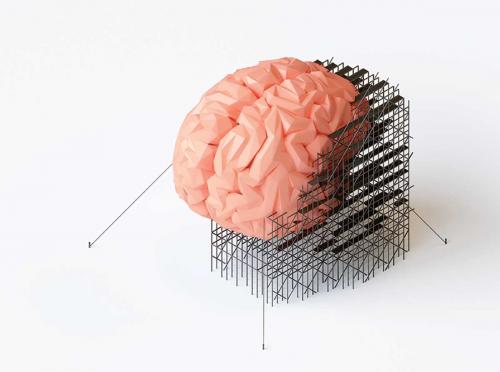 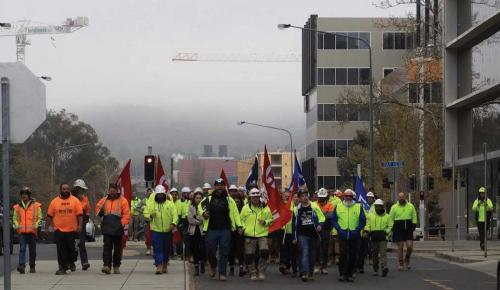 Lorenzo White (centre) during his time as a union official for the ACT branch of the CFMEU. 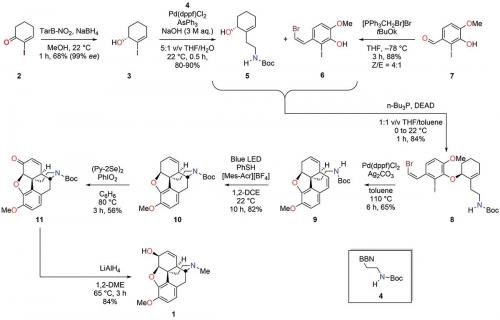 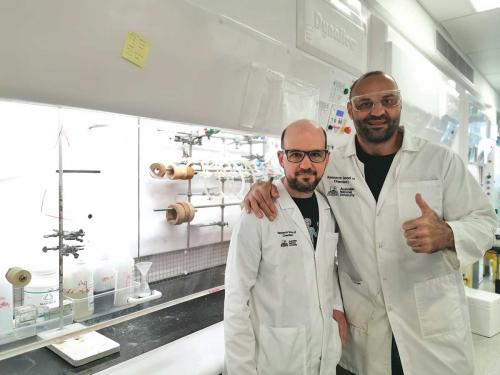 In addition to theoretical insights, active participation in social practice as a union official forced me to think deeply about strategy.

In the planning stages of my route to codeine, the lessons in strategy I had learnt as a union official came to the fore.