My life in the golden age of chemistry: more fun than fun

Cotton F.A., Elsevier, 2014, hardcover, ISBN 9780128012161, 344 pp. + appendices, $77 Though not an avid reader of autobiographies, I jumped at the opportunity to review My life in the golden age of chemistry. Every inorganic chemist over the past 60 years has heard of Frank A. Cotton. I have often referred to his books and papers, but knew little about him, so was eager to learn more. Frank Albert (‘Al’) Cotton was one of inorganic chemistry’s giants. His research output exceeded 1600 publications in both coordination and organometallic chemistry, he was co-author of the standard textbook on inorganic chemistry for well over two decades (I have three editions) and he authored Chemical applications of group theory. He also supervised 119 postgraduate students and nearly 150 postdocs (all listed in the appendices), many of whom went on to distinguished academic positions. Sadly, Cotton passed away on 20 February 2007, while this book was being prepared, as a result of injuries sustained during a brutal assault while walking near his house. The timeline of the book traces Cotton’s periods at high school, then as an undergraduate in Philadelphia and postgraduate at Harvard, followed by his academic career at MIT and then Texas A&M University. Cotton arrived at Harvard in 1951 and decided to work with a new assistant professor, Geoffrey Wilkinson. Shortly thereafter, Kealy and Pauson published their seminal paper on the synthesis of bis(cyclopentadienyl)iron(II), now known as ferrocene (so named by Mark Whiting, a postdoc of Robert Woodward). Wilkinson and Woodward’s deduction of ferrocene’s correct structure and their discovery that E.O. Fischer in Berlin was working in the same area led to a veritable frenzy of activity in the nascent area of organometallic chemistry. Following his PhD, Cotton transferred to MIT where the years 1955–71 were spent rising from instructor to full professor. He subsequently joined Texas A&M University to occupy the Robert A. Welch Chair. Part of this book’s fascination is that Cotton’s career coincided with the renaissance of inorganic chemistry, to which he made fundamental contributions concerning both its synthetic and theoretical aspects. Many of these were ‘firsts’, such as:

Cotton knew and interacted with all the big names of the époque; some are mentioned in the book’s various sections and others are grouped in a separate chapter near the end (this includes his thoughts on Geoffrey Wilkinson). The appendices include details about Cotton’s publications, postgraduate students and postdoctoral fellows. Particularly germane to the present dire research climate is Appendix D, which contains the text of his presentation for the 1998 Priestly Lecture, entitled ‘Science Today – What Follows the Golden Age’. I concur with his sentiments expressed therein, namely that the days of curiosity-driven research are over. Nowadays, the obsession is with applications or usefulness. Funding is tight and controlled by administrators with short-term perspectives. You need look no further than the proliferation of journals to see that everybody is riding on the same few bandwagons. Academics spend much of their time chasing their next grant instead of focusing on and enjoying the chemistry. I find the book’s title especially apt. The ‘golden age’ of research is well and truly over, golden in this context meaning the period of generous funding for pure research. The style is easy to read. Naturally, as Cotton was a chemist, there is a solid amount of chemistry among his reminiscences. This gives him the opportunity to acknowledge those who contributed to the research. I highly recommend this book without any hesitation to anyone with an interest in inorganic chemistry. 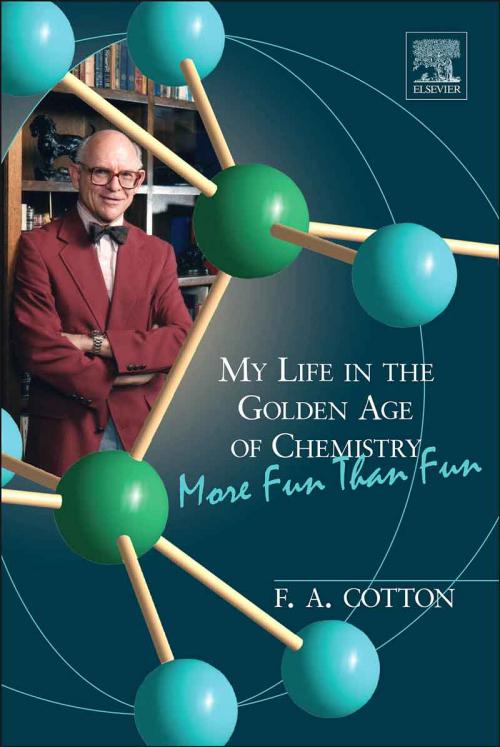