Nicotine as an insecticide in Australia: a short history

From its use from European settlement in Australia to today’s neonicotinoids, nicotine has been a constant presence in insect control.

The protection of crops and livestock from harmful insects has been and continues to be a major concern of the agricultural industry in Australia. The beginning of European agriculture in Australia occurred in the winter of 1789, when members of the First Fleet planted their crops in the settlement made at Parramatta.

The early years of agriculture were tenuous, with the settlers grappling to adapt British agricultural practices in a foreign landscape with constant threats. Apart from crop failures due to bad weather conditions (drought or flood), insect pests were recorded as an early problem. One of the earliest reports of insect damage to crops appeared in the Sydney Gazette, Sunday 28 October 1804:

SYDNEY. We are concerned to state, that the Caterpillar and Grub continue very numerous and destructive at the Hawkesbury, where they are doing much damage to the very promising crops in that quarter. The wheat in every other district is clear of those insects. The wheat on the Five Hundred Acres at the Government Grounds about Castle Hill is nearly ready for reaping, and promises an abundant Increase. Owing to Some severe blights it is singular that there is not a single early Peach to be found on the numerous trees of that kind which in former years produced so great an abundance of fruit.

Several months later, the same newspaper published a recipe for an insecticide:

A liquor thus compounded will destroy caterpillars, ants and other insects – namely, soap, flower of sulphur, and champignons, equal quantities, dissolved by a gentle heat in twenty times their united weight of water. – Insects sprinkled by this liquor die immediately.

Finding ways to combat insects was a rather hit and miss affair, although the Sydney Gazette regularly published articles on agricultural successes and recipes for the control of insects. An article, also published in 1804, highlighted successful efforts at growing turnips and how to protect turnips from fly attacks:

Among the Receipts published for preventing the fly taking turnips are the following, which have been tried with much success. The first is, to steep the seeds in water with flower of brimstone mixed, so as to make it strong of the brimstone; another, steeping the seed in water with a quantity of the juice of horse aloes mixed. The sowing of soot or tobacco dust over the young plants as soon as they appear above ground, has also been found very serviceable; and indeed, whatever will add vigour to the young plants will prevent their being destroyed by the fly, which never attacks them until they are stinted in growth.

This early report on an unconventional use of the tobacco plant, Nicotiana tobacum, a native of South America first brought to Europe in 1490s, is not the first. Indeed, the first English report on the use of extracts of tobacco as an insecticide appears to have been the recommendation of tobacco juice to kill lice on children’s heads in the 1681 version of Nicholas Culpeper’s The English physician enlarged. A review of the literature identified a number of other early reports on the use of tobacco extracts in the fight against insects in Europe.

It seems unlikely that tobacco was widely used as an insecticide in the early colony, since tobacco, like rum, was a precious commodity distributed as rations to the British troops and had to be imported due to Governor Philip setting a priority to grow crops for food by prohibiting the local cultivation of tobacco in April 1791.

There is evidence that Australian Aborigines used the native tobacco plant Duboisia hopwoodii as both a human narcotic and an animal poison. In 1882, Kempe observed that ‘the leaves of this shrub are used by the natives to poison emus’ around the Hermannsburg area of Central Australia, while Spencer and Gillen’s 1899 classic study on Aboriginal practices noted the:

leaves of the pituri plant (Duboisia Hopwoodii) are used to stupefy the emu. The plan... is to make a decoction in some small waterhole at which the animal is accustomed to drink. After drinking the water the bird becomes stupefied, and easily falls a prey to the ... spear.

Work by various botanists and chemists in Australia and in England established the presence of two alkaloids within the leaves of Duboisia hopwoodii: nicotine and nornicotine. Their levels varied according to soil composition (pH and salt content) and rainfalls, offering a potential explanation as to why the Aborigines used different species of ‘pituri’ as either mild narcotic or strong poison, depending on the levels of nornicotine present.

In Victorian times, as crop production spread to other Australian colonies and local production of tobacco took hold, many newspapers, magazines and books recommended the use of tobacco as an effective insecticide. For example, in 1857, The Victorian Agricultural and Horticultural Gazette suggested ‘Fumigate Greenhouses with tobacco smoke now and then, to keep down the insect tribe.’

By the late 1880s, it was recognised that native and introduced insects were an increasing economic burden in Australia. In Elements of Australian agriculture, MacKay discussed a series of recipes to fight insect pests and plant and animal parasites. To combat sheep scab he reported:

There are a number of remedies for scab – tobacco, sulphur, arsenic, mercurial ointment, oil of tar, corrosive sublimate, and others. The old Australian remedy is 5 oz., good tobacco infused in 1 gallon of boiling water, and 3 oz. sulphur. Mr Randall, an American authority on sheep, recommends the occasional addition of a little spirits of turpentine, which, of course, does not mix with the infusion but floats on top. Two or three dippings in the above, as a rule, insure a cure.

In 1889, Charles French was made government entomologist for the Colony of Victoria, with a remit to investigate the ravages of native and introduced insects. His job entailed fieldwork, including identification of insects and inspections of properties. His major contribution was the Handbook of the destructive insects of Victoria, Volumes I–V, which were published in 1891–1911.

French’s handbook of 1891 discussed the use of tobacco as an insecticide. For example, to prevent woolly aphids or American blight, French recommended: ‘When young trees have to be planted, and there is reason to believe that the plants are infested, it is a very good plan to immerse the bundles of trees in tobacco water.’ p. 40 (plate 1, p. 34).

French’s son, Charles Hamilton French, followed in his father’s footsteps. In 1896, he was appointed to the Department of Agriculture as an inspector under the Vegetation Diseases Act. When this work morphed into insect control, he became assistant government entomologist. Over a 20-year span, he contributed 31 papers on entomological studies to the monthly Journal of Agriculture. Tobacco sprays appear to have been one of his favourite weapons to combat insect pests, including the potato thrip, the red spider and the Rutherglen bug.

By the 1900s, nicotine isolates entered worldwide markets as an insecticide. Sold in different forms (oil soap, free base solution or dust), nicotine sulfate, one of the most stable derivatives of nicotine, was commercialised as Black Leaf 40. In the US (1912), Black Leaf 40 revealed its potency in controlling the spread of Phytomyzasyn genesiae. One of the first Australian reports on nicotine as a pure extract highlighted its use to control pests in crops in combination with other pesticides (e.g. lime-sulfur, lead arsenate and Bordeaux mixture). In the early 1930s Black Leaf 40 entered the Australian market, replacing previous mixtures due to its more stable form and better insecticide action. This method of pest control was commonly used in Australia until the introduction of DDT in 1947, which then became the most widely used insecticide due to low cost, reduced dose and higher efficiency.

By the 1950s, a variety of chemicals and solutions was readily available in Australia to control pests in agricultural fields or in the home garden. Indeed, an anonymous writer with the nom de plume ‘Mardella’ provided a humorous take on the arsenal available to the home gardener in the article ‘Gardening These Days is Mainly Pest-Chasing’ (see cartoon):

Ranged along the whole other side of the shed are my pest-blitzing chemicals – two great shelves of them – a mute testimony to the war I wage against the ‘creepies and crawlies’ (as my wife calls them) that frustrate me in my determination to have a garden. To recall a few of the labels of the bottles and tins that confront me: there are DDT concentrated (one gallon); white oil; red oil; DDT powder, snail killer; Bordeaux mixture; black leaf 40; anti-wilt powder; benzene hexachloride; fruitfly bait; lime sulphur; gam mexane; soil fumigant; spraying sulphur; bulb disinfecting fluid and bluestone.

Nowadays, the mode of action of nicotine is reasonably well understood. This psychoactive alkaloid is an agonist of the ionotropic nicotine acetylcholine receptors (nAChRs), which upon activation lead to an increase in signalling along the neuronal network. The exposure of pests to nicotine for a prolonged time or at high doses leads to the activation and desensitisation of the nAChRs in the brain, ultimately causing death. However, nicotine resistance has arisen in insects due to the expression of altered nAChRs with a different affinity for the alkaloid. Other mechanisms of resistance remain to be established. Human neurotoxicity to nicotine is not uncommon as proven by the overuse of transdermal nicotine patches or the consequences of long-term nicotine exposure during gestation.

The growing number of pests developing resistance to nicotine and the more serious problems caused by nicotine to human health, has opened the way to the use of new pesticides termed ‘neonicotinoids’, which have been inspired by, and are often structurally related to nicotine (see diagram). Although nicotine is no longer used as an insecticide in Australia, synthetic neonicotinoids are now widely employed in Australia for the treatment of different plants and soil and for protection of seeds and timber.

Roberto Fusetto and Richard A.J. O’Hair FRACI CChem are at the School of Chemistry, University of Melbourne. A full list of references is available from the authors. 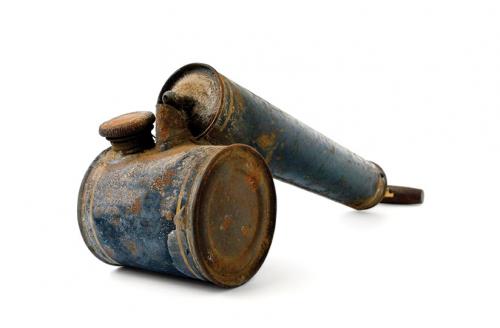 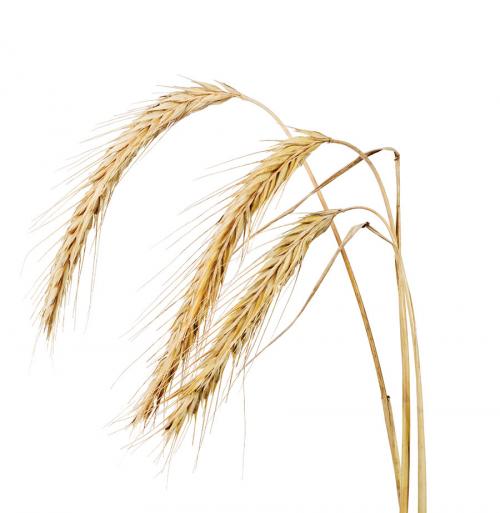 Chemical structures of nicotine, nornicotine and the neonicotinoid imidacloprid widely used in commercial insecticides (e.g. in formulations with the trade names Confidor and Gaucho). 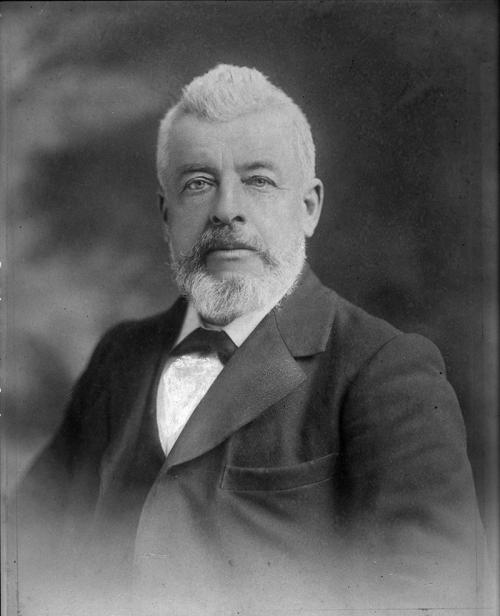 Charles French, government entomologist for the Colony of Victoria, who wrote widely on insect pests and their control. 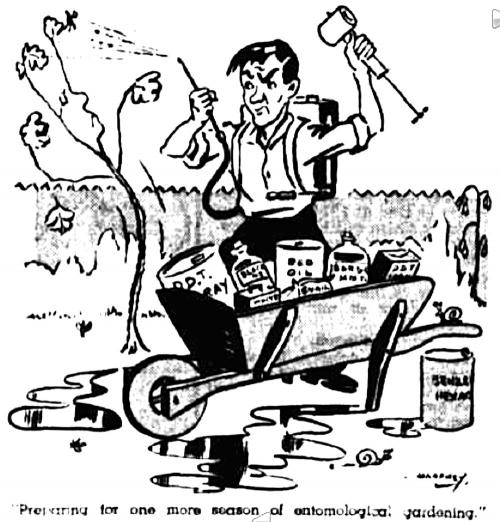 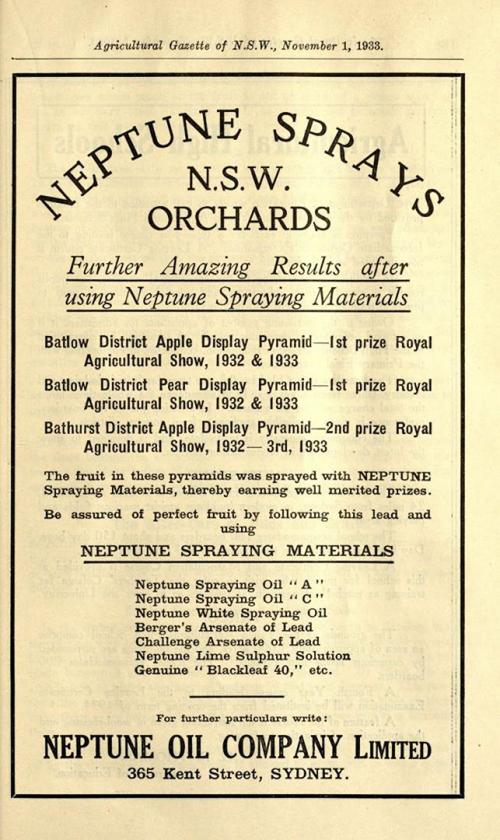 In Victorian times, as crop production spread to other Australian colonies and local production of tobacco took hold, many newspapers, magazines and books recommended the use of tobacco as an effective insecticide.