Australia’s only Nobel Prize-winner in Chemistry, Sir John Cornforth, died four years ago, the year after his wife Rita, also a University of Sydney chemistry alumnus, passed away – and to mark what would have been his 100th birthday, Google created a ‘Doodle’.

The Doodle was developed for the homepage of Google.com.au and was also run in various countries around the world; beyond Australia, countries that opted in saw the Doodle from 12 am to 12 midnight in their local time on 7 September 2017.

Going deaf from an early age, John Cornforth replaced lectures with textbooks and relied on Rita to lip-read and assist communication in sign language.

University of Sydney historian, Associate Professor Julia Horne, said much had been written about Sir John’s achievements, and the important role of his wife and fellow researcher, Lady Cornforth, was also acknowledged: ‘Some awards have recognised his wife also, for example the University-wide Rita and John Cornforth Medal’, Horne said.

‘The Cornforths made a remarkable contribution to the world and it was perhaps Sir John’s determination to consult primary sources, and celebrate science as an ongoing endeavour, that made his work so precise and compelling’, Spence said.

Head of the School of Chemistry Professor Philip Gale said he first became acquainted with Sir John’s earlier work as a young student at Oxford.

‘As a young DPhil student at the University of Oxford, I was aware of Sir John’s work early work on phenol-formaldehyde macrocycles. It’s a great honour to lead the School of Chemistry at the University of Sydney which provided Sir John with his first experiences of organic chemistry’, Gale said.

Dean of the Faculty of Science Professor Trevor Hambley said: ‘Having had the good fortune to be present at Sir John’s lecture to mark the 75th anniversary of the RACI, I can attest to what an extraordinary intellect he was.’

Sydney biologist Dinah Hales remembers Sir John as a remarkable uncle whose career took him, along with Rita as postgraduates on scholarships, to Oxford University: ‘He was a very active man … he liked to bushwalk, climb mountains and was also a chess champion’, said Hales, who has retired from her role as associate professor at Macquarie University.

‘He also helped me in my research, sending me samples of compounds and explaining aspects of steroid biology and chemistry’, Hales said.

John Cornforth Jnr, a retired engineer living in Switzerland, previously described in a speech to the Royal Society of Chemistry how his father’s scientific training permeated other aspects of his life.

‘He had a somewhat scientific attitude to gardening – he would always read the literature and then experiment himself … his interest in garden produce tended to stop at the kitchen door (but resume at the dining table).’

Eldest daughter Brenda Osborne, a retired general practitioner from the UK, added that her father was a loving family man who also had a great passion in poetry: ‘He had a gift of being able to read a poem perhaps only once and be able to recite it thereafter word perfect.’ 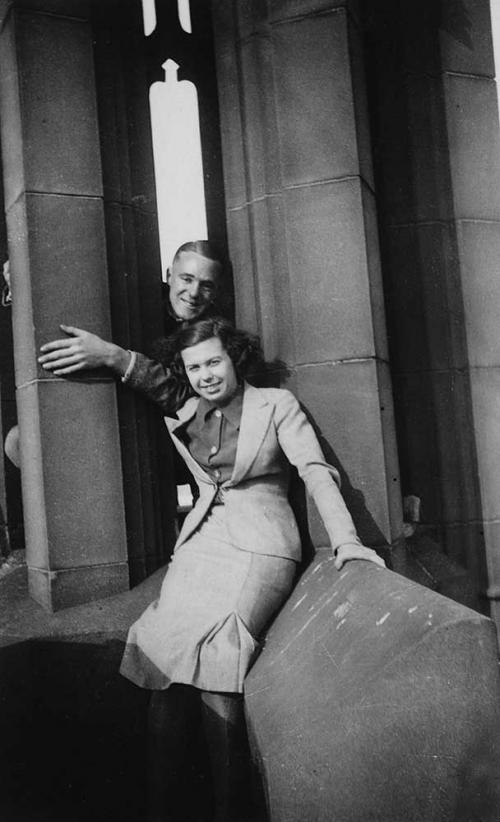