A picture is worth a thousand words

Many students find chemistry difficult to learn because they need to think at three different levels: the macroscopic (what we can sense), the sub-microscopic (explanations in terms of atoms and molecules) and the representational (code-like symbols, structures and equations). No one has ever seen an individual atom or felt a single molecule. To learn and understand chemistry, we must first believe what we cannot see, touch or taste.

Dr Eryn Newman, from the ANU Research School of Psychology, and other researchers have found that ‘people were more likely to believe [a claim] when it is paired with a photo …  even if it is just a stock photo that provides no evidence’. In one set of experiments, test subjects saw names of familiar and unfamiliar celebrities with the claim ‘this famous person is alive’ or ‘this famous person is dead’. Some of the claims appeared with a photograph of the celebrity, while other claims appeared without a photograph. For unfamiliar celebrity names, photographs increased the likelihood that the subjects would believe the claims. In another experiment, subjects found that a claim such as ‘macadamia nuts are in the same evolutionary family as peaches’ was more believable when it appeared with a photograph of macadamia nuts, even though the photograph provided no information about the truth of the claim.

Newman again: ‘pictures influence belief on all types of topics. It is across the board. We have found the same effect with claims about science, wine, stock markets, general knowledge, or celebrities. It doesn’t really matter what the claim is about, as long as there is a related photograph with it, it will nudge people toward believing it.’ Extrapolating from the work of Newman and other researchers, photographs in school-level and first-year undergraduate textbooks make it easier for students to believe and learn new concepts.

The lecture slides of one of my colleagues has been described as ‘being filled with pictures of old, dead people’. Portraits of deceased pioneering chemists might not be the most engaging choice of photographs, but he has the right idea. In the future, there will be more photographs in my lectures.

Kieran F. Lim FRACI CChem (kieran.lim@research.deakin.edu.au) is an associate professor in the School of Life and Environmental Sciences at Deakin University, Geelong. 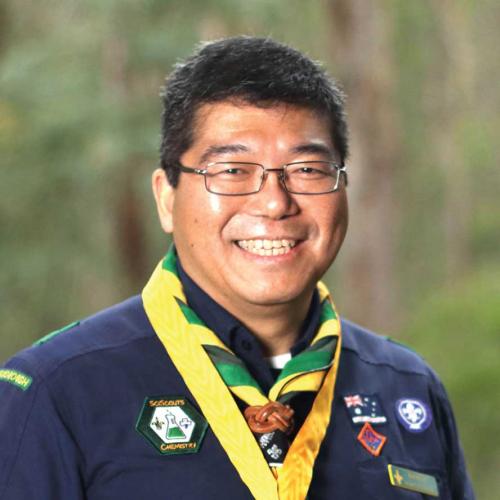 … people were more likely to believe [a claim] when it is paired with a photo.