What are antioxidants? And are they truly good for us?

Antioxidants seem to be everywhere: in superfoods and skincare, even chocolate and red wine. Products that contain antioxidants are marketed as essential for good health, with promises to fight disease and reverse ageing.

But are they really as good for us as we’re led to believe?

The term ‘antioxidant’ covers a wide range of molecules (atoms bound together by chemical bonds) that protect other molecules from a chemical process called oxidation. Oxidation can damage vital molecules in our cells, including DNA and proteins, which are responsible for many body processes.

Molecules such as DNA are needed for cells to function properly, so if too many are damaged, the cell can malfunction or die. This is why antioxidants are important. They can prevent or reduce this damage. In the body, uncontrolled oxidation is typically caused by highly reactive molecules known as free radicals.

Oxidation is a common chemical reaction where electrons are transferred from one molecule to another. Electrons are one of the subatomic (smaller than an atom) particles that make up pretty much everything. As electrons move during an oxidation reaction, bonds can be broken and the structure of the molecules changed.

Not all oxidation reactions are bad. They are essential for life and involved in many important processes. In cellular respiration, glucose (a sugar from the food we eat) is oxidised by oxygen (from the air we breathe), producing carbon dioxide, water and energy to fuel our bodies. Household bleaches oxidise coloured stains into colourless molecules.

What are free radicals?

This new free radical can steal an electron from another molecule, starting a chain reaction. This process permanently changes the structure of the molecules, causing irreversible damage. 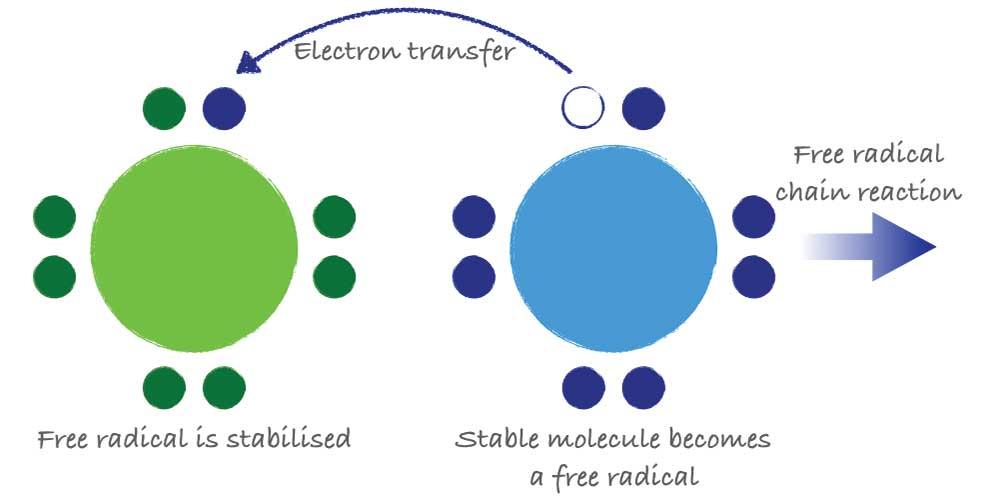 A free radical can steal an electron from another molecule, which then becomes a free radical. 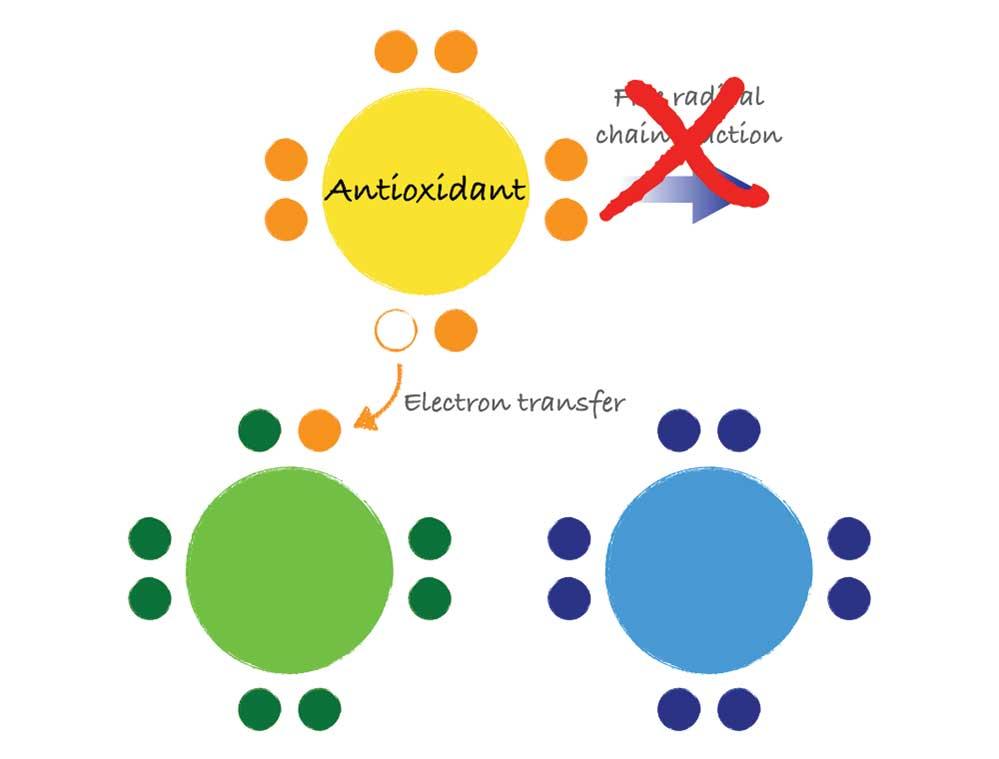 Free radicals aren’t always bad for you. Their highly reactive and destructive nature is used by the body’s immune system. Certain white blood cells, called phagocytes, can engulf foreign particles, such as bacteria, then seal them off and release free radicals to destroy them.

Free radicals are generated naturally by our bodies, but can be increased by lifestyle factors such as stress, poor diet, pollution, smoking and alcohol. Our bodies can handle some free radicals, but if too many are formed, it can overwhelm the body’s normal defences.

So, if free radicals are dangerous and cause ageing and disease, and antioxidants can neutralise them, then getting more antioxidants should be good for you, shouldn’t it? Unfortunately, it’s not as simple as that. Yes, high antioxidant levels and low oxidative stress are associated with good health, but not all antioxidants are equal.

Antioxidants come from many sources. Some are naturally produced in the body and some naturally occur in foods we eat. Antioxidants (natural or synthetic) can also be added to foods that don’t normally contain them, either for their (supposed) health value or to preserve the food (antioxidants also prevent oxidation in foods).

A healthy diet is the most effective way to get the antioxidants your body needs. Fruits, vegetables, grains, eggs and nuts are all useful sources of antioxidants. Despite the marketing hype, antioxidants found in so-called superfoods are no more effective than those in regular fruit and veg, so you’re better off saving your money.

Too much of a good thing

There is no magic pill, but a healthy diet can provide you with all the antioxidants you need to fight free radical damage.

Jacqui Adcock is a Research Fellow in Analytical Chemistry, Deakin University. This article was first published at theconversation.com.