Is all soil more acidic than we thought?

Our research suggests that it is and that we’ve been measuring soil acidity wrong for years. This could have big implications for our understanding of many fundamental biological processes.

Soil acidity, or pH, is essential for the existence of plants, animals, and bacteria in soil, how organisms work together, and the presence of toxic chemicals.

So, apart from being one of the most important environmental factor for ecosystems, pH is also a significant factor in the traditional risk assessment of poisonous chemicals where their availability to plants and animals depends on pH.

New, robust field-electrodes allow us to measure the soil pH directly in the soil rather than in the laboratory, which is the traditional method.

As part of a new study, we measured pH in forest and heath soils, and the results showed that most measurements were extremely acidic, measuring less than pH 2.6 and 3.2, when we would have expected them to be around pH 4.

One pH unit means that there are ten times as many hydrogen ions in a sample. In these extreme low pH conditions, plants and burrowing animals are in theory exposed to a geochemical environment that is dominated by a high concentration of soluble iron compounds and other poisonous heavy metals. In other words, we wouldn’t expect plants or animals to thrive in such an environment.

Textbooks have taught us that organisms cannot live in soils of less than pH 3. But our results suggest that they do, and they are apparently alive and kicking. Our results are published in the scientific journal Soil Biology and Biochemistry (https://doi.org/10.1016/j.soilbio.2017.08.003).

But what can explain this deviation from what we would expect?

Lower pH when samples are measured in the field

We measured pH in the upper layers of soil in a heath and a forest throughout the growth season, from March to October.

We first measured the pH on site using a portable pH meter.

Then we took the same soil samples back to the laboratory and measured them again using traditional laboratory methods. This involves drying the sample, crushing it, and then adding deionised water to measure the pH of the soil–water solution.

The results were surprising, as the samples measured in the field were consistently 0.5–1 pH units less than those made in the laboratory. How the exact same soil samples could give such different answers was a mystery.

Abundant life despite what the textbooks say

Such low pH has never before been measured in natural soils.

According to common ecological theory, these low pH values should be inhospitable to biological organisms.

For example, at such low pH, the largely insoluble iron oxides and manganese-rich minerals should dissolve, making the soil water even more acidic, while most nutrients will be unavailable to animals, and most soil processes, such as the breakdown of organic matter, will occur more slowly.

This suggests that a large part of the nutrient-poor soils found in heaths, peat bogs and coniferous forests, should be largely without biological life, which is clearly not the case.

We also found a rich content of fauna in the extremely acid heath soils. One reason for the difference in measurements could be related to these tiny creatures.

In the laboratory, the first stage of analysing pH is to dry the soil samples. During this process all of these tiny animals shrink to a size where they are no longer visible. The second stage is to crush the samples, which now includes these tiny animal remains.

We know that animal pH is typically neutral, between pH 6 and 7. So the question is, whether these animals, plants and fungi contribute to the soil pH measured in the laboratory, and whether this can explain the difference between the field and laboratory measurements.

This is what we will now investigate.

We need a new method for soil pH

Our results have implications for many fields of research, from measurements of soil pH over time, to the study of the relationship between soil pH and biological and geochemical processes, such as the breakdown of organic matter, the availability of nutrients or toxins, the occurrence of species, and weathering processes.

They also mean that we should review how we measure pH around the world, and consider direct measurements instead of laboratory measurements.

And finally, they beg the question of what processes actually occur in soil to produce these low pH values and how the buffering capacity of soil (the ability of a soil to resist a change in pH) changes at such low pH.

The results pose some fundamental questions about what the actual pH of the Earth is and suggest that crushed animal remains may have skewed all previous laboratory measurements to higher values.

There is a wealth of relationships between biological processes and soil acidity in the scientific literature.

The best example is that of acid rain and forest death in the 1980s. But most of these are only described for soils with a pH greater than 4.

We need more information on what happens in soils of a lower pH.

Climate research in the northern boreal forests or the Arctic similarly rely on laboratory measurements of pH to study the release of soil CO2 into the atmosphere via respiration.

So what’s the problem with incorrect pH measurements?

As scientists, we establish relationships between biological processes based on pH. This means that much of our understanding of these relationships is in the best case scenario incomplete, and perhaps entirely wrong.

All in all, we need much more research into the many processes that rely on accurate measurements of soil pH. 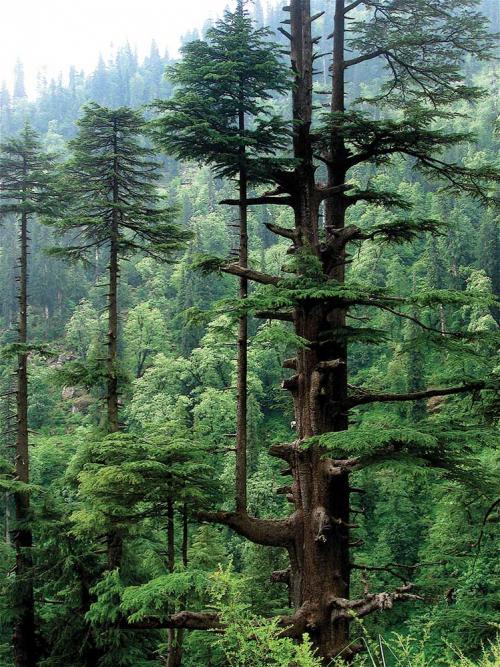 The richness of fauna in coniferous forests and heathlands suggest that low pH is not inhospitable to all life.