﻿Since the inception of the Federation of Asian Chemical Societies 40 years ago, the Asian region has become the epicentre of chemistry.

﻿We were among the 2500 chemists from all around the world who gathered in Taipei last December to celebrate the 40th anniversary of the Federation of Asian Chemical Societies. We attended the 20th General Assembly of the Federation and then the 18th Asian Chemical Congress (AsiaChem).The high quality of the chemistry being presented at the Congress caused us to reflect on the extraordinary progress we have been part of over the last 40 years.

Neither of us was present at the Federation’s inaugural meeting in Thailand in 1979, but we have been active in the Federation since the 1980s (John Webb as a project director and Tom Spurling as president from 1989 to 1991).

In the late 1970s and early 1980s, despite having more than 50% of the world’s population, the Asian region contributed only 19% of the chemistry papers in the Web of Science database. Only three countries from the Asian region, Japan (12.7%), India (4.8%) and Australia (1.7%), contributed more than 1% to the world output.

At that time, UNESCO and many national aid agencies were very conscious of the important role that the application of chemistry had in developing the social, economic and environmental wellbeing of nations. As we noted in our presentation at last year’s Timor-Leste Studies Association Research Conference, in 2015 the United Nations General Assembly Resolution 70/1 set 17 Sustainable Development Goals for 2030, and at least eight of these goals require chemistry capability for their achievement.

It was during the 1970s that the Chemistry section in UNESCO was expanding from its school science origins to include higher education and research. It was fortunate for our region that the person in the UNESCO Headquarters in Paris responsible for this development was Dr John Kingston, an Irish-born chemist with degrees from Trinity College, Dublin, and the University of New South Wales, Sydney.

Research and training were the central themes of the program with an emphasis on capacity building and the development of endogenous capabilities. UNESCO provided small grants for activities such as workshops and training courses as well as contacts in the region. Projects were to be local and the benefits of that research were to be locally based. To achieve this, Kingston mobilised chemists in other countries as collaborators (M. Mohinder Singh, FACS Newsletter 1988, No. 1, pp. 3–7).

His Australian experience led him to readily engage chemists in many countries in establishing and delivering programs through regional networks. The first such network, established in 1974, was the regional network for the chemistry of natural products in South East Asia. This research theme was an inspired choice, since the chemistry of extracts from plant species peculiar to a country’s biodiversity provided unique opportunities for local chemists to select and control their research.

Over time, the regional network approach was extended to other regions such as South Asia and other areas of chemistry such as inorganic and analytical chemistry and, in time, training courses for instrumentation.

The success of the network approach prompted the UNESCO Division of Scientific Education and Research to propose, in 1978, that a Federation of Asian Chemical Societies be established. The model was the already established Federation of European Chemical Societies, widely seen as being valuable in the construction of the post-World War II scientific environment within Europe. UNESCO thought of Asia as all those parts of the world that weren’t Europe, Africa or the Americas! This definition included countries from Iran to New Zealand and from Australia to Japan. An information notice was sent to the national chemical societies of the region in February 1978 asking them to prepare to present their ideas at a meeting to be arranged later in the year. By October 1978, UNESCO had responses from Australia, Hong Kong, Indonesia, India, Iraq, Japan, Korea, Malaysia, New Zealand, Philippines, Singapore, Sri Lanka and Thailand. UNESCO arranged for a working group meeting to be held in Bangkok in December 1978, and working group members at this meeting agreed on draft statutes to be presented at an inaugural function in August 1979 at Mahidol University, Bangkok. A glittering ceremony, attended by Her Royal Highness Princess Chulabhorn of Thailand and other dignitaries, opened the inaugural meeting.

The objectives of the Federation have evolved over the years and in 2019 the general objective was put succinctly as being:

… to promote the advancement and appreciation of chemistry and the interests of professional chemists in the Asia Pacific.

The FACS website listed 31 member societies in late 2019, with member societies covering most of east and south-east Asia but fewer across west Asia. The chemical societies of central Asia as well as Iran are not yet members of FACS. Some of the listed member societies, such as those from Iraq and Mongolia, are mostly inactive in FACS matters. There is clearly some way to go to achieve a fully inclusive FACS that extends across Asia.

An examination of the table above, showing the situation in 1980, indicates that in these early days there was considerable scope for the ‘advancement of chemistry’. Many member society countries accounted for less than 0.1% of the global production of research papers in the chemical sciences. But much was to change.

While we can all marvel at the extraordinary economic growth in our region in the past 40 years, we should not forget that some of the countries represented in our Federation have not yet participated in this growth. These are Cambodia and Timor-Leste, who are members of FACS, and Bhutan, Myanmar and Lao PDR.

As noted earlier, in 1980 the region covered by the Federation contributed only 19% of the world’s output of chemistry papers. The situation in 2019 is quite different from that of 40 years ago. Our region now produces about 56% of the world output. Curiously, this is about the same as the percentage of the world who live in this region! The global scientific output in chemistry has continued to grow across this period but the contributing countries have changed appreciably. Some key examples are shown in the graph: in 2018, China contributed close to 35% of world chemistry literature in the database; the US has dropped to about 15%. Such data is sometimes contested in terms of the relative importance of these publications. Citation data, however, confirms that much of the chemistry research literature from Asia is well cited. The final table lists the Category Normalized Citation Impact (CNCI) for the chemistry papers from selected countries. The CNCI of a document is calculated by dividing the actual count of citing items by the expected citation rate for documents with the same document type, year of publication and subject area.

In the 40 years of the Federation’s life, our region has become the epicentre of world chemistry! In this new global configuration of chemistry, the Federation has a unique opportunity. This has some implications for the program of FACS.

In this new global chemical milieu, the Federation has to cater for the needs of the high-performing countries. This means:

Finally, we recall the important role of the Federation in stimulating regional cooperation to assist countries to develop their capacity in chemistry and chemical education. The chemical society of the newest country in Asia, Timor-Leste, became a member of the Federation at the Taipei meeting. We are familiar with the situation regarding chemical education and chemical research in Timor-Leste. The secondary school system has a modern curriculum based on the Portuguese curriculum but the schools (both public and private) lack even the most basic laboratory facilities and equipment. The same is true of the only public university in Timor-Leste, the National University of Timor-Leste in Dili.

We should remember that in the 1970s and 1980s, various countries’ aid programs contributed significantly to the building of chemical capacity in the region. The National University of Timor-Leste urgently needs a general-purpose science laboratory with equipment to enable them to teach chemistry, physics and biology. Can FACS be an agent to develop an aid program to achieve this?

Thomas H. Spurling FRACI CChem and John M. Webb FRACI CChem are at the Centre for Transformative Innovation, Swinburne University of Technology. They thank Adam Finch for assistance with the bibliographic data. 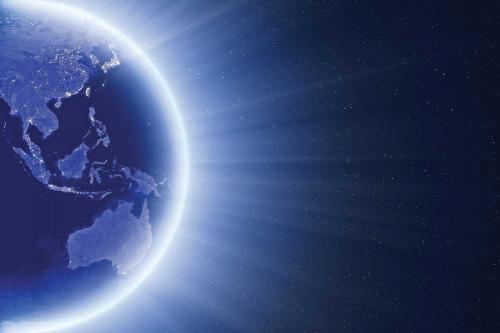 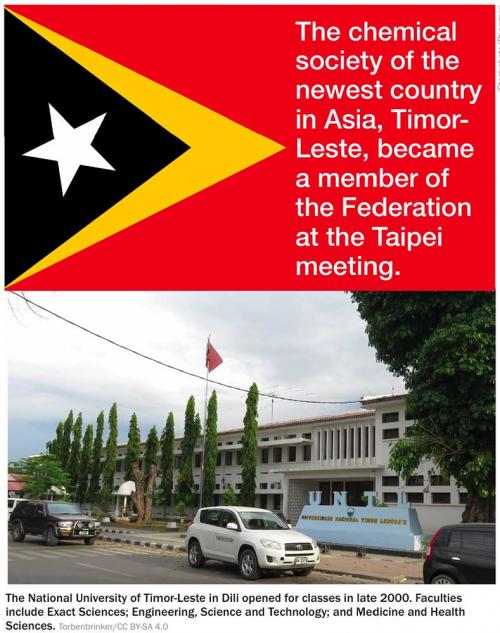