Megan O’Mara is an associate professor with the Research School of Chemistry at the Australian National University. Her work is focused on computer modelling of cells within the body and how they function in health and disease. These computer simulations are important for understanding how the human body works and crucial for aiding the development of drugs and chemotherapy. Associate Professor O’Mara has answered some of our questions to give us a better understanding about what computational chemistry is and how it can help people.

What are you working on at the moment?

My group does a lot of different things. One of our main areas of focus is to work out how drugs and other molecules are transported into and out of the cell. We look at a range of proteins called multidrug transporters and we try to understand how they work.

We’re involved in experimental collaborations looking at antibiotic resistance, and chemotherapy resistance in cancers. We’re also collaborating with other groups to try and develop polymers that can replicate drugs or that can be used to bind RNA to bring that into the cell for gene therapy.

We’re doing all of this from a computational background, so we do computer simulations that will then allow us to finesse the design of these things. If we know from computer simulations how a particular drug binds to a protein, perhaps we can design a more effective drug. This can cut down on the amount of experimental time that you need to actually develop an antibiotic or a chemotherapy.

And this is an area that’s rapidly evolving?

Yes, particularly in the last five years. Graphics processing units (GPU) really started taking off around 10 years ago, with people using GPU computers for gaming. Since then, researchers have started realising that you can do a lot of simulations on GPU machines, so all of my students have access to top-end gaming machines. We’re also very heavy users of the supercomputer. Developments such as GPU computing and the new supercomputer that’s going in at National Computational Infrastructure Australia provide enormous advances in what we can do. They allow us to simulate a much larger piece of the cell for a much longer time, which in turn gives us much more information about how the cell acts at molecular level. It’s a rapidly growing area of chemistry and there’s a lot that’s been happening.

In fact, the Nobel Prize in Chemistry in 2013 was awarded for these multi-scale simulation methods, which is what my work is based on.

Breakthroughs in this field can obviously make a huge difference to people’s lives.

Definitely! I’m part of a collaborative team that is working on developing drugs for the treatment of neuropathic pain. It is a bit like a phantom pain, or a persistent chronic pain where you become so sensitised to light touches that you feel them as extreme pain. This is a real problem, because so many people suffer from chronic pain and the only really good treatments at the moment are opioids, which obviously have some negative side effects such as addiction.

So, what we’re doing is collaborating with a medicinal chemist, pharmacology experts and people who do animal models. We kind of thought ‘How do we fit into all of this?’ But we’ve been able to tell them the chemical basis for why some drugs work and some don’t, and then use that information to design better inhibitors of these proteins that will impede pain.

It’s really exciting to see how this all fits together and how our simulations can explain some of the experimental results, and in turn, the experiments give a real-world context to the simulations. It’s really about how we can use this research to put all the pieces together.

How big is your team?

I’ve got one postdoc and three graduate students, with a couple more coming this semester, so that’s really exciting. There’s always a lot of projects on the go, some people will be working on two projects at the same time, so one will be a small project and another will be a big long-term project.

Because there’s not all that many people in Australia who do computational simulations, experimental groups are often asking us if we’d like to collaborate on different projects.

Collaboration seems quite key to your work.

Yes. There are some people who work in hard-core methods development and they don’t seem to need so many collaborators, but I’m really interested in the biological and medical applications of a lot of these problems, for example how it fits into the context of the human body. In order to accomplish that, you can’t just do it on a computer by yourself, it’s really good to have a range of collaborators.

Does your interest in this field of science go way back to high school, or earlier?

I never really knew what I wanted to do, so it’s not as though as a teenager I said, ‘I want to do computer simulations of drug transport’. I knew I was interested in how the body worked, but I was also interested in physics and chemistry and I didn’t really see myself as a medical doctor such as a GP.

Exactly, there are so many multidisciplinary approaches available these days. A lot of people think, ‘OK, there’s medicine and then there’s physics, or chemistry, where you have organic or inorganic and it’s very lab focused’. People don’t realise that chemistry has evolved now – trying to understand the chemical basis of how the human body works is actually one of the most exciting areas of chemistry I can think of. For example, trying to work out how we can get cancer cells to respond better to chemotherapies, which has led to the advent of immunotherapy in cancer treatment – these are things we couldn’t do without chemistry.

Jess Fagan is a Communications Officer at the Australian National University. She joined the team at ANU in 2018 after time spent working in journalism in regional New South Wales and Sydney. 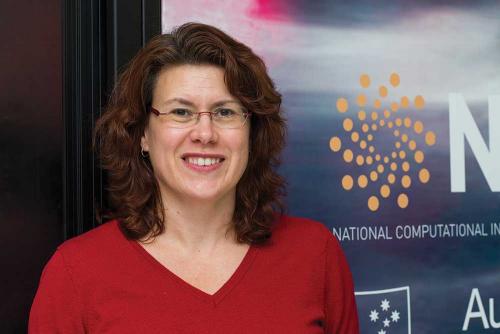