Many young scientists, armed with PhD qualifications, are opting out of the laboratory to pursue other, more stable, professions.

The number of students graduating from Australian universities with a science-based PhD is increasing, yet the Australian Government’s expenditure on science, research and development plummeted to a historic low in 2014. It is a matter of oversupply and underdemand, and students are acting accordingly.

Wilhelm University in Berlin, Germany, is credited as being the first university to award a modern PhD degree. The degree involved the completion of coursework, the undertaking of original research compiled into a substantial dissertation, and the subsequent successful defence of that dissertation. The model proved successful and was shortly thereafter adopted by the US, with Yale University awarding its first PhD in 1861. However, it took many years for the qualification to become available in Australia, with the University of Melbourne awarding the first PhDs in 1948.

The German PhD model was not adopted in Australia. Instead, we follow the practice of the UK, with the student undertaking a research apprenticeship under the direction of a nominated supervisor. Australian PhD students are not formally required to complete coursework, nor are they usually required to defend their resultant thesis. As a result, PhD degrees are awarded on the basis of an examination of the thesis, and not a direct assessment of the student. The model is appealing to many seeking their PhD qualification; even more so given the degree is generally completed in just three to four years (compared to six to seven years in the US). Despite the substantial differences in PhD models, Australian PhD graduates continue to hold their own at an international level.

Even more staggering is that there are 118 396 PhD-qualified individuals residing in Australia, according to the most recent Census of Population and Housing conducted by the Australian Bureau of Statistics. More than 30% of these PhDs are in the natural and physical science disciplines.

The Australian Government has estimated a contribution of $9.192 billion to science, research and innovation in 2014–15. This value is $386 million less than that contributed in the 2013–14 period. In practice, this $386 million amounts to a significant reduction in the number of scientific jobs for budding young scientists. This $9.192 billion contribution equates to just 0.56% of GDP in 2014, a historic low that hasn’t been witnessed since 1979–80. To put this into perspective, Iceland sits atop the table, contributing more than 1.1% of its GDP to research and development. The figures are bleak and, consequently, Australia’s investment in research and development is falling well behind several other countries.

The Australian Government’s 2014–2015 Science, Research and Innovation Budget Tables reveal that research institutes were allocated 20% of the overall budget, while the higher education sector was allotted 31%. In addition, the Government contributes directly to the country’s main granting body, the National Health and Medical Research Council (NHMRC). However, the NHMRC was allocated just 10% of the Government’s overall science, research and innovation budget in 2014. Consequently, the NHMRC was able to fund only 14.9% of total grant applications for the year, which equated to the lowest level of success for research scientists since grant funding commenced in 2006.

Government expenditure on science, research and innovation is failing to reflect the number of PhD graduates produced annually by Australian universities. It’s just not keeping up, meaning there is a relative oversupply of PhD graduates and an undersupply of scientific positions. This ‘oversupply and underdemand’ issue is forcing many young scientists to make critical decisions during the early stages of their career.

For many PhD graduates, this decision leads them to undertake an international postdoctoral position. Previously, working abroad was considered beneficial to a scientist’s training, transforming them into a more experienced and well-rounded professional. Australian scientists who undertook an international postdoc were at an advantage compared to those who elected to complete a postdoc at home, and were consequently more sought after by employers upon returning to Australia.

However, the paradigm has shifted recently. While a postdoctoral position is still considered beneficial to a scientist’s training, their paucity in Australia is forcing more and more PhD graduates to relocate overseas. An example of this is Dr Fiona McRobb,* who relocated to the US to commence her first postdoctoral position following the completion of her PhD in medicinal chemistry. Following her postdoctoral work, she was hired as an applications scientist at Schrödinger, and, while she misses home, Dr McRobb concedes: ‘I cannot have this job in Australia and so to advance my career, I have to live overseas’.

From my own experience, securing a postdoctoral research position abroad was not all that difficult. Postdoctoral researchers are highly attractive employees – they are highly qualified, yet very affordable. Also, it is a critical time for young scientists to bolster their publication record, and they are therefore willing to work around the clock to accrue as many high-impact, peer-reviewed publications as possible. Of course, the number of publications accrued by a postdoc is also directly beneficial for their employer, particularly when the time for submitting grant applications inevitably rolls around. I have previously discussed (February issue, p. 36) that government grants may perhaps be too heavily dependent on the number of publications produced by scientists, but the reality remains, NHMRC grants are heavily dependent on a researcher’s publication record.

The issue then becomes one of re-entering the scientific field upon return to Australia. It is yet another hurdle for young scientists. In such a situation is Dr Brad Doak, who remains abroad as a postdoctoral researcher at Uppsala University. Dr Doak has plans to return to Australia to undertake a second postdoctoral position, though is aware of the challenges involved in doing so.

With so few scientific jobs available in Australia, many positions are filled through personal networks. It’s all too frequently a matter of not what you know, but who you know. Herein lies the Catch-22. After being forced to undertake postdoctoral positions abroad, many young scientists often lose these connections.

After graduation with her PhD, Dr Jessica Holien made the decision to undertake a postdoctoral position at home. The position was solidified through a personal network established during her PhD research, and she currently holds the position of postdoctoral research fellow at St Vincent’s Institute of Medical Research. Dr Holien has been successful in taking advantage of the early career research grants available to scientists within a five-year period of graduating with a PhD. She now faces the challenge of taking the next step and finding avenues that are going to support her scientific research in the long term. The prospect is daunting.

The prospect is so daunting that many young scientists make an alternative decision during the early stages of their career – many choose to pursue other, more stable, professions. On the one hand, by this stage, many years have been invested into acquiring the skill and knowledge necessary to excel in science. It is counterintuitive to seemingly cast that aside. On the other hand, in many cases, it is simply not financially feasible to continue in such an unpredictable and unstable field.

At an early stage in my career, I considered these factors, as well as many others, and made the difficult decision to pursue a career outside of scientific research. I made this decision during my first, and last, postdoctoral position at the National Institutes of Health, Maryland, US. Ultimately, it was the right decision for me. I am now employed as a Trainee Patent and Trade Marks Attorney at Melbourne’s longest running intellectual property firm.

For me, the benefit of pursuing a career in the intellectual property field was the ability to utilise my PhD qualification. I was hired first and foremost for my scientific knowledge, and I would not have been eligible for the position without it. However, PhD graduates, like me, are attractive to a number of employers not only for their scientific expertise. A PhD instils fundamental qualities that are transferrable to most professions. Most notable is a PhD graduate’s ability to critically think and problem-solve, and this sets them above other candidates. Consequently, PhD graduates are becoming increasingly in demand in a broadening scope of professions. For example, applicants with a scientific PhD qualification are now highly regarded in the business and finance industries.

A key consideration in my moving to the intellectual property profession was that my PhD qualification was not going to waste. Quite the opposite, as I simply would not have been considered for the position without it. While I will continue to utilise the scientific knowledge acquired during my PhD, the intrinsic skills developed during my PhD are an asset. Most significantly, I now have stability, certainty. I can make plans because I have mitigated the risk.

The number of PhDs awarded annually by Australian universities continues to increase, yet the Government’s contribution to science, research and innovation is failing to reflect this. Budgetary cuts have seen research and development expenditure per %GDP plummet to a historic low in 2014. The ultimate consequence is a lack of research positions for PhD graduates, with many forced to either relocate overseas or shift into an alternative profession. Encouragingly, for those who make the decision to pursue an alternative career path, the fundamental qualities instilled by a PhD qualification hold us in good stead in a broad range of professions. It is for this reason that the number of candidates enrolling in a PhD at an Australian university will continue to exponentially increase.

Dr Brittany Howard MRACI completed her PhD in medicinal chemistry at the Monash Institute of Pharmaceutical Sciences before undertaking a postdoctoral position with the National Institutes of Health (US), and has since commenced as a trainee attorney with Watermark Patent and Trade Marks Attorneys. 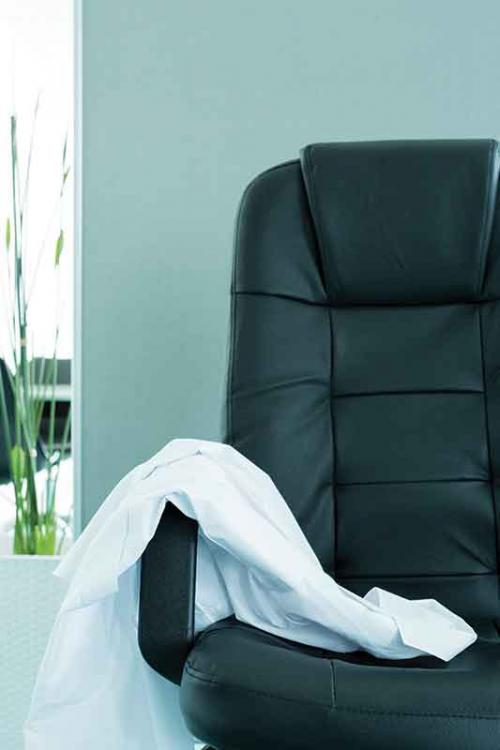 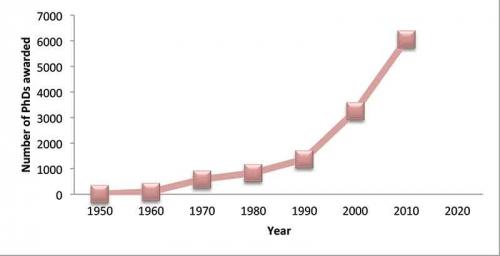 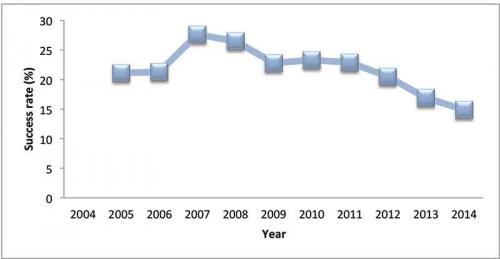