Many of us in Australia are exponents of do-it-yourself (DIY). But have you heard of the Open Insulin Project, the Four Thieves Vinegar Collective or the Open Source Pharma Foundation? I hadn’t until I read a piece by Margaret Talbot in the 25 May issue of The New Yorker and followed up with some desk research of my own.

Over time, dozens of these DIY movements have sprung up, predominantly in the biological sciences, including genetics, microbiology and synthetic biology. Perhaps, this is because DIY chemistry, which has a longer history, fell into disrepute when some practitioners strayed into illegal activities, making recreational drugs in clandestine laboratories for the street market, which can only be deplored. Talbot suggests the emergence of DIY-Bio in places such as Cambridge, Massachusetts, and the San Francisco Bay area in the US can be attributed to their proximity to flourishing centres of biotech at the time.

The Open Insulin Project was initiated by computer scientist Anthony Di Franco in Oakland, California, in 2015, with the objective of countering the rising cost of synthetic insulin, which must be injected daily by millions of people with type 1 diabetes, all over the world. Talbot called these activities ‘biohack’ and ‘pharmaceutical code breaking’, which most readers would recognise as unlawful. Di Franco doesn’t hide the fact he sees the group as part of the biohacking community.

On its own admission, the Four Thieves Vinegar Collective ‘is an anarchist biohacking group’ founded in 2015 by professor of mathematics Michael Laufer. The Collective’s mission is to develop ways for individuals to manufacture their own medications – ‘This will save hundreds of thousands of lives’, Laufer has (modestly) claimed.

Laufer came to prominence in 2016 when he released instructions on how to make an EpiPencil, a cheap epinephrine injector, which imitates the much more expensive Mylan EpiPen, used for emergency treatment of anaphylaxis. Subsequently, Four Thieves has released instructions for building an Apothecary MicroLab, a DIY device Laufer claims can be used to synthesise a variety of medications. The Collective has been able to sidestep action by the regulators because they do not make or sell anything.

The Open Source Pharma Foundation is a somewhat different kettle of fish. It plans to use open source principles derived from the software industry. This not-for-profit foundation originated in India and has offices in Bangalore and Paris. It aims to develop affordable new therapies in areas of greatest health need, to discover new (pharmaceutical) drugs and a new way to discover them. There is no suggestion of code breaking or hacking.

As early as 2006, a paper in Nature Reviews entitled ‘Can open-source R&D reinvigorate drug research?’ attracted wide attention and was followed by meetings in London (with World Health Organisation involvement), Italy, Germany and France. In 2019 and 2020, meetings were also held at the Harvard Global Health Institute, establishing an important US connection.

The Foundation continues to receive funds from the Tata Trust, an Indian philanthropic organisation, which also supports the Tata Council of Scientific and Industrial Research Open Source Drug Discovery (India) Fellowships to students and young researchers. It focuses on tuberculosis and diseases endemic in under-privileged countries.

All of these movements have common threads running through them. First and foremost they are counter-culture movements, i.e. ones whose values and norms of behaviour differ from those of mainstream society. Apparently, in human societies a few individuals have always sought to operate outside normal boundaries – to do their own thing. But when it comes to medicines, I think it is a bridge too far.

Consider now the discovery and development of new medicines. Ultimately, only those products that are proven to be safe and efficacious can be registered, prescribed and sold. It is a lengthy and expensive undertaking. DIY medicine appears to want to circumvent the established protocols and processes, even with the best of intentions, by allowing them to be put into the hands of individuals, who have no relevant training or experience.

The inference is that, somehow, the medicines will be cheaper, making them accessible to patients, who might otherwise not be able to afford the prices new, effective medicines command. It should not be necessary to explain to professional chemists that the discovery and proving of a new medicine is a long process, full of technical challenges, and increasingly expensive – these days often costing upwards of a billion dollars. It is reasonable that manufacturers of medicines should, given extremely low success rate of pharmaceutical R & D, be able to recover their costs, in order to remain viable. The government regulatory agencies, such as the Food and Drug Administration (USA) (FDA), European Medicines Agency, Therapeutic Goods Administration (Australia) and others, are there to protect us all, by setting and upholding extremely high standards. Anyone who has experienced an FDA inspection will have no doubt about this!

Regulatory agencies on occasion allow patients with life-threatening illnesses access to new remedies that have not completed full testing, because the remedies have shown early indications of efficacy, are potentially lifesaving and their use is urgent. But these are the exception rather than the rule.

When DIY Medicine first emerged in the early 21st century, some of the movements were at best naive while others were possibly on the verge of dangerous. They seemed to openly ignore patents or hoped to find a way around them. Laufer is said to be convinced that providing lifesaving medication to any who need it justifies violating intellectual property rights of the pharmaceutical companies that own the IP.

According to Talbot, the Open Insulin Project planned to use protocols lifted from published papers to produce insulin using genetically modified organisms, as the established manufacturers do. Others believe that making small batches locally, sufficient to fill a few prescriptions, is the way to go, but that ignores both the benefits of scale in containing manufacturing costs and in meeting the demanding quality requirements for medicines.

Thankfully, as the DIYs have matured, so too has their thinking and ambitions. Some have redirected their efforts towards medical hardware and diagnostic tests, rather than trying to make medicines. More trained professionals are joining their ranks, emphasis is being placed on safety, and laboratory induction programs have been introduced. A Sydney DIY, Biofoundry, has added environmental science to its portfolio of activities, while an online global community of volunteers,

E-Nable, is using 3D printers to make low-cost body parts and prostheses, and since the pandemic, face shields.

So, what can we expect from DIY medicine in the future? Many argue that these DIY movements are good because they expand participation. My view is that the anarchists and hackers will fall by the wayside. There is no place for them. Some of the practitioners Talbot interviewed for her article seemed to me to have given rather feeble reasons to justify their existence and activities. Democratising and demystifying the underlying science may appeal to those on the outside, but the solution for them is to study the science that will allow them to come inside, because any real benefits will be derived only from using the underlying science to discover new and better medicines.

The one to watch is the Open Source Pharma Foundation. However, a problem it faces is that unlike the software industry, in which open source material is rife, the pharmaceutical industry is antithetic – a proprietary culture of confidentiality, patents and licensing. I would prefer to see it remain that way. 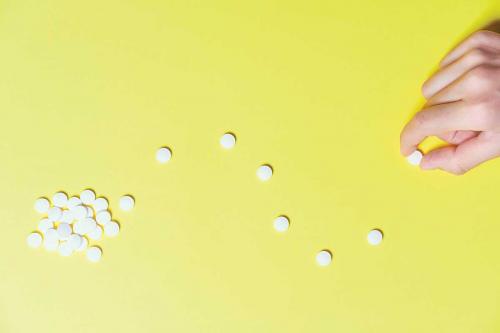