Over the last year, I have noticed an increase in the promotion of wines as ‘vegan friendly’ or ‘suitable for vegans’. In a recent tasting that I led on white wines of the Loire Valley, all 12 wines were marked as ‘vegan friendly’, with the blatant contradiction for one wine that was also described as ‘brilliantly paired with foie gras’! It is difficult to determine the size of this market in Australia. It is, however, clear that several of our wine export markets are to countries where there is a marked movement to veganism: see, for example, the article by Ellie Douglas in Decanter of January this year (bit.ly/2V7KJ6v).

It may seem surprising at first that not all wines are ‘vegan friendly’, given that wine is made by fermentation of grapes and finishing up in a bottle, cask or can. The critical point is the use of animal-based protein processing aids to manipulate the taste profile of the wine or to clarify or stabilise the wine. In current winemaking practice, processing aids include gelatine, sourced from either bovine or porcine collagen; isinglass, sourced from fish swim bladder; egg white; and milk, either fresh or powdered casein. One of my old French winemaking books included a recipe for the use of powdered bull’s blood, fortunately a procedure that is no longer permitted.

About 40 processing aids and 19 additives are approved for use in Australia (see bit.ly/3eTNHma for the full list). This has raised the question of whether all additives and processing aids used for a particular wine should be included on the label. The only mandatory items to list are allergens, including milk and eggs. An ABC online news article in February this year (ab.co/3eTNE9Y) posed the question of whether all ingredients should be listed. Although there is a need for consumers to be fully aware, winemakers are committed to following the winemaking code. Should a wine company be charged with a breach of the code, this would lead to a loss of consumer confidence in the product and affect market position.

When I started writing this column, I had three strategies in mind to address the concerns of vegans. The first is patience in the winemaking process. If a wine is stored on fine lees, that is after the freshly fermented wine is racked off the larger or gross lees, the wine becomes softer with a fuller mouthfeel. This works well for white wines in particular, allowing clarity of fruit expression. As one Loire winemaker commented, ‘we use nine months on fine lees … searching for a pure expression of fruit reflecting the terroir’. No additives are used. However, patience and cash flow, the driving force of company accountants, are in conflict so the process is not widely used.

Plant proteins, as potential replacements for animal proteins, had a slow start in establishing their potential for use in winemaking. However, over the last 20 or so years, there has been extensive work on their suitability in both red and white winemaking. A 2019 review by the oenology group at the University of Padova presents an excellent summary (Molecules 2019, vol. 24, p. 2186). Gluten, extracted from cereal, shows some effect for softening red wines by removing phenolic compounds that lead to astringency. Its major limitation is the complex preparation of the gluten and the lack of consistency in its composition. Its use must also be declared as an allergen. Maize zeins and rice proteins have shown promise but have not been widely investigated. Patatin P from potatoes is effective in white wine and is available commercially (bit.ly/3rxWz64). Regulatory approval has been obtained in some countries. Grape seed extract is perhaps the most effective plant-based protein that has been trialled. Despite its ‘natural’ characteristics, it is not commercially available and lacks approval in many markets.

My third strategy was to suggest natural wines as the way to go for ‘vegan friendly’. Natural wines are made with no or minimal intervention in the winemaking process. The classic example is the Pétillant-Naturel (or Pét-Nat) wines that are now readily available in Australia. This style of sparkling wine is made by the Méthode Ancestrale (ancestral method), regarded by many as the oldest sparkling winemaking method. Fermentation commences in a tank, and, at some point, the wine is transferred to bottle to finish. This results in a sparkling, albeit cloudy, wine that can be amazingly refreshing. There is no secondary fermentation and no additives – the yeast is indigenous to the grape. This is pretty much grapes into wine with minimal human intervention.

At a recent tasting that I attended, one participant asked whether yeast is acceptable to vegans. For most vegans, yeast is clearly acceptable. It is a single-celled fungus that is widespread on plants (bit.ly/2W77jfZ). Critical for yeast’s acceptance to vegans is that it has no central nervous system, meaning that it cannot experience pain or suffering. There are, however, some vegans, so-called level 5 vegans, who refuse yeast because it is a ‘living ingredient’ (bit.ly/3zx6s6H). It is a challenge to satisfy everyone. 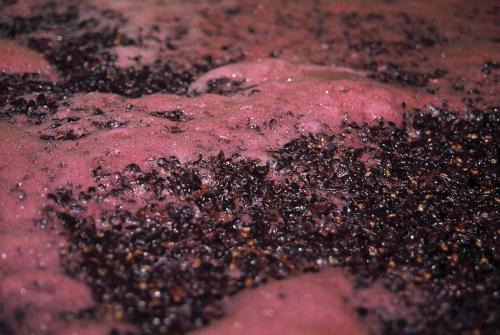