Indospicine – not a dog’s best friend

On 22 July 2021, The Age and some other Australian newspapers reported the death of at least 14 dogs in a region of eastern Victoria, as a result of indirectly ingesting a plant toxin, believed to be indospicine; as many as 45 dogs in the area suffered liver toxicity.

L-Indospicine is a non-proteinogenic hepatotoxic amino acid found in plants of the genus Indigofera, which grow in tropical Africa, Asia, Australia and the Americas.

Indigofera linnaei is native to northern Western Australia, where it is known as Birdsville indigo. Indigofera australis is an ornamental leguminous shrub, growing to about two metres, and is widespread in southern Australia and is commonly found in house gardens. It is not clear if it contains indospicine.

L-Indospicine is structurally related to the essential amino acid L-arginine, in which the NH is replaced by a methylene group, making L-indospicine an antagonist of L-arginine.

PrimeSafe and Agriculture Victoria scientists subsequently confirmed that indospicine is the toxic substance involved in the deaths and liver toxicity in dogs. Indospicine toxicity has never before been reported in Victoria.

Although dogs are unlikely to eat Indigofera plants of any species, they can indirectly ingest indospicine, which accumulates in the flesh of animals grazing on Indigofera species, when their meat is fed raw to dogs.

M. Hegarty and his group at the CSIRO Division of Tropical Pastures in Brisbane discovered indospicine in 1968, and explored its toxic effects, publishing their first paper ‘Indospicine, a new hepatotoxic amino acid from Indigofera spicata’ in Nature (1968, vol. 217, pp. 354–5).

On 30 July, Victorian regulators announced in a joint statement that the indospicine in meat originated in horses that had grazed the toxic plant in the Northern Territory, before they were sent to Gippsland for slaughter. To date, 22 dogs have died and more than 40 dogs have developed serious liver disease.

In his Letter from Melbourne in the June–August issue, Ian Rae wrote about a European plant, Galega officinalis (French lilac and other names), the seeds of which contain the substance galegine. Galegine and L-arginine have the same guanidine end group, while indospicine has an amidine end group.

Further research led to the pharmacologically more acceptable bisguanides. Metformin, a bisguanide, as the hydrochloride salt, remains the first line of treatment worldwide, for type 2 diabetes. 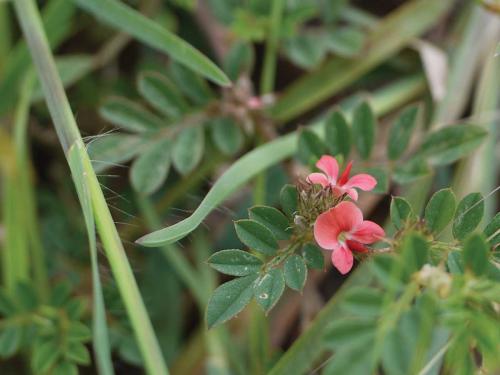