A lot has changed at the US National Institute of Standards and Technology (NIST) in the past 120 years. For one thing, we were known as the National Bureau of Standards for the first 87 years of our existence. Then, in 1988, we became the National Institute of Standards and Technology (NIST), to reflect our agency’s expanding mission and a renewed emphasis on boosting the competitiveness of American industry. But as much as things change, they also stay the same. While much of our early work has been baked into the American economy, NIST continues to be a world leader in advancing measurement science. We still provide many of our original services, though the techniques and technologies have evolved.

NIST didn’t build its own clock at the very beginning. One of the first purchases NIST made was a Riefler clock (see main image) in 1904 from the Clemens Riefler firm in Germany. The Riefler clock was a highly stable pendulum clock that achieved accuracies to within one-hundredth of a second per day, about 3.5 seconds per year.

Today, using technology made possible by the Nobel Prize-winning work of NIST’s Bill Phillips and his colleagues, we use atomic fountain clocks to define the second as the time it takes for 9 192 631 770 cycles of radiation to be emitted from a specially energised caesium atom. The most advanced caesium clock, the NIST-F2, is so accurate that it would neither gain nor lose one second in about 300 million years.

The ampere that our founders were using in 1901 was not the same unit of electric current that we use today. In fact, it wasn’t even quite one ampere! Back then, the ampere was practically defined as the current that would electrically deposit a small amount of silver on a negatively charged surface using a device known as a silver voltmeter. That voltmeter in turn had to be calibrated using a standard Weston cell, a type of battery that reliably produced a steady voltage for a reasonably long time.

Now, the workhorse of precise and accurate primary realisations of the volt the world over is the Josephson junction, only made possible by quantum phenomena that were discovered decades after NIST was founded. A Josephson junction is made from two layers of superconducting materials separated by a layer of atomically thin insulating material. When bathed in a particular frequency of microwave radiation, a quantum mechanical phenomenon known as electron tunnelling causes the junction to generate a proportional voltage. NIST now makes Josephson junctions that offer accuracies of better than one part per billion and don’t need to ever be calibrated. The standards are used to calibrate voltmeters – devices important to the manufacture of consumer and industrial electronics and even the operation of the electric grid.

NIST has been producing standard reference materials (SRMs) since 1905. First, we produced standard samples of iron for the American Foundrymen’s Association to aid in metallurgical analysis and quality control. Before long, NIST was making ‘standard samples’ (our original name for SRMs) for hundreds of products and materials. Now, NIST produces more than 1000 different types of SRMs, each of which has thoroughly measured properties.

Today, we have SRMs for things that people 120 years ago might not have imagined. For instance, our monoclonal antibody reference material. Many of today’s top drugs are based on monoclonal antibodies, customisable proteins that can block pathways for disease and seek out specific cells, such as cancer cells, and deliver chemicals or radiation to them. NIST’s reference material provides a common benchmark that drugmakers can share to verify and improve their methods for quality control.

When NIST was founded, we had our own precision balances constructed for comparing and calibrating masses against the US copies of the International Prototype Kilogram, a small cylinder of platinum and iridium that served as the world’s standard of mass. Those balances would have looked a lot like this Rueprecht balance, which was built in 1901 and bought by NIST in 1945. It was used for primary mass comparisons until 1960, when it was replaced by a NIST-improved version.

Now, the ultimate standard of mass is no longer a physical object. It’s defined in terms of an unchanging number in quantum physics called the Planck constant, which, through a couple of mathematical steps, can convert a certain amount of the energy in electromagnetic radiation to its equivalent in mass. In the laboratory, the kilogram is measured by the electrical energy it takes to hold that mass against the force of Earth’s gravity. We measure that electrical energy using a new kind of balance called a Kibble balance, a technology that NIST and its colleagues at the National Physical Laboratory in the UK improved and refined for use to redefine the kilogram.

NIST is still gathering test data on lighting products. One of the major differences is that it’s no longer incandescent light bulbs, but LEDs. We’ve all heard that LEDs are supposed to be able to burn for 50 000 hours or more, but how do we know that? Industry tests don’t often simulate the way LEDs are used in real life, so NIST set up a test bed for LEDs to gather data to help improve models of their performance, leading to better products in the real world.

NIST’s impact on the past 120 years has been considerable. Now a major thrust of NIST’s work is to move NIST measurements out of our labs and put them directly in the hands of industrial and scientific researchers in the form of chip-based standards for not only voltage and electric current, but also time and temperature and a host of other quantities. The NIST on a Chip program promises to revolutionise the way standard measurements are made. Who knows? Perhaps this could be another turning point in NIST’s history?

Mark Esser is a writer in the NIST Public Affairs Office and contributing editor of the blog Taking Measure. Reproduced from the NIST blog, www.nist.gov/blogs/taking-measure/1901-2021-measurements-then-and-now. 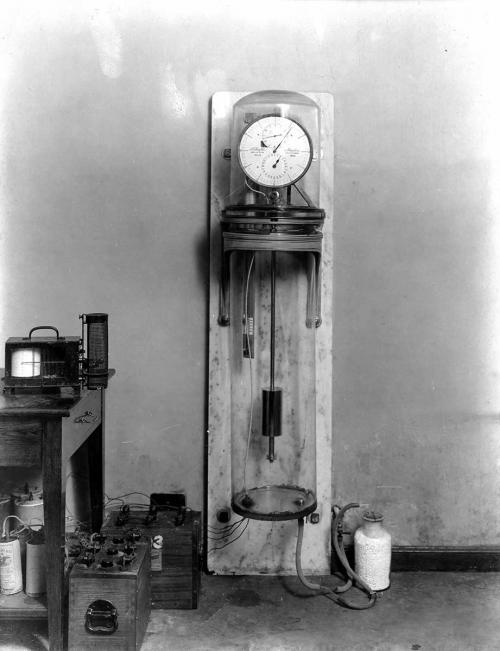 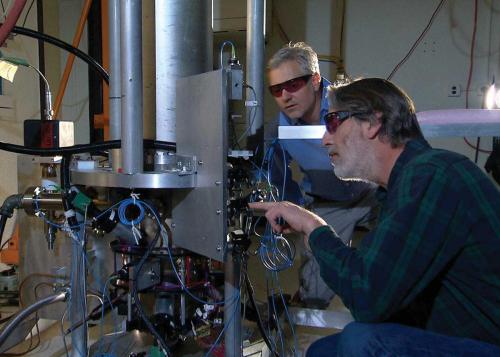 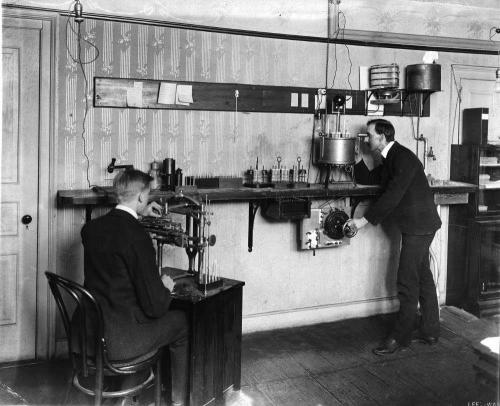 Scientist F.A. Wolff (right) operates an oil bath while watching a temperature gauge in order to measure the temperature response of several Weston cells, used to calibrate voltmeters in 1903. His colleague on the left appears to be crafting the mercury thermometers used in the experiment. 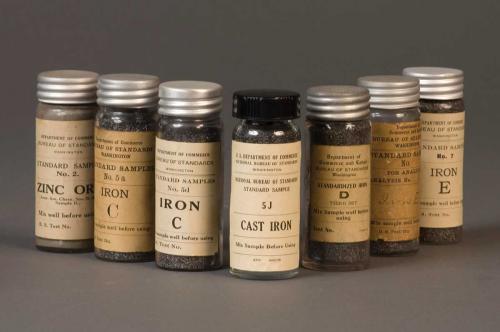 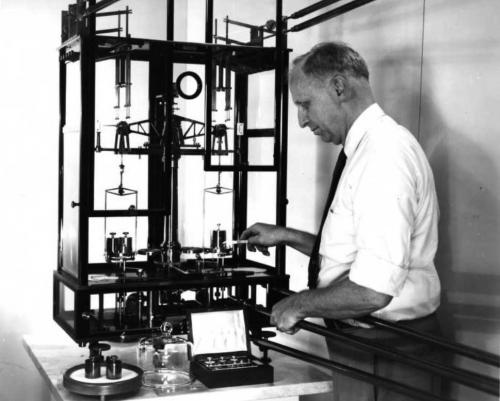 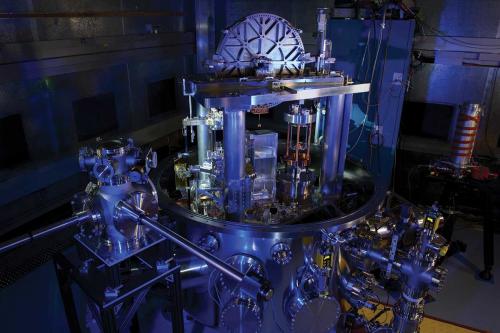 ... the workhorse of precise and accurate primary realisations of the volt the world over is the Josephson junction ...