Drugs and the death penalty: breaking the supply chain

A new Pfizer restriction means that lethal injection drugs are no longer available on the US open market.

In April of this year, pharmaceutical giant Pfizer announced that it will be imposing sweeping restrictions concerning its drugs that are used in carrying out the death penalty, which will effectively bring an end to the open market for execution drugs in the US. As it stands, all FDA-approved manufacturers of potential execution drugs, a diverse suite of 25 global companies, have blocked the sale of their products for use in executions (rsc.li/2aFfuJ7).

Adding to the difficulty in procuring drugs for use in executions, the UK introduced a ban on the export of drugs that are utilised in lethal injection. Europe followed shortly thereafter, and introduced a ban by amending its torture regulation. Because of this, as of 2011, the US has been prevented from procuring lethal injection drugs from both Europe and the UK. US state correctional facilities looked farther afield, approaching Mumbai company Kayem Pharmaceuticals. When it became evident to Kayem that the drugs were being used for lethal injection, Kayem immediately stopped exporting drugs to the US.

For opponents of capital punishment, these events are significant steps towards abolishing the death penalty. However, the events raise serious concerns over the emergence of a black market for execution drugs, drug regulation and correct drug use in lethal injection. Indeed, many attribute the shocking 2014 botched execution of Clayton Lockett to the administration of a cocktail of drugs that had not been previously tested in such a procedure (bit.ly/2aFcjhG).

In its Global Policy Paper released in April, Pfizer stated that its ‘mission is to apply science and our global resources to improve health and well-being at every stage of life … Consistent with these values, Pfizer strongly objects to the use of its products as lethal injections for capital punishment.’ Further, ‘… we are enforcing a distribution restriction for specific products that have been part of, or considered by some states for their use in lethal injection protocols. These products include pancuronium bromide, potassium chloride, propofol, midazolam, hydromorphone, rocuronium bromide and vecuronium bromide.’ (bit.ly/2aFdMES)

Pfizer has vowed to now limit the sale of these seven products to a select group of trusted wholesalers, distributors and direct purchasers under the condition that they will not resell these products to correctional institutions for use in lethal injections (nyti.ms/2b6wDtW). Pfizer also plans to continually monitor these product channels to ensure that the conditions are not breached.

Historically, administration of the lethal injection has involved the consecutive administration of three drugs: (1) sodium thiopental, (2) pancuronium bromide, and finally (3) potassium chloride. It is essential that the drugs be administered in this order to prevent excruciating pain to the recipient.

Sodium thiopental, also referred to as pentothal, belongs to the barbiturate chemical class of molecules that were first discovered in the early 1900s. Sodium pentothal was developed by Abbott laboratories, and was taken into clinical trials in 1934 at the Mayo Clinic as an anaesthetic. Abbott continued to manufacture the drug until 2004, when it was taken over by its spin-out company Hospira, which was subsequently acquired by Pfizer.

Sodium thiopental is a rapid-acting anaesthetic and short-acting depressant of the nervous system that is initially administered in the lethal injection procedure to induce unconsciousness. The mechanism of action of sodium pentothal remains poorly understood, though is believed to be a summation of enhancing responses to gamma-aminobutyric acid (GABA), diminishing glutamate responses, and increasing membrane conductance to directly depress excitability. The resultant effect is a decrease in neuronal excitability, and, thus, induced anaesthesia.

The molecule itself is highly lipophilic, and readily crosses the blood–brain barrier to its site of action. Its short duration of activity can also be attributed to this lipophilic nature, as it is redistributed in the fatty tissues away from the central nervous system. Once it is released into the blood, sodium thiopental is metabolised by the liver, primarily into pentobarbital.

In medicine, sodium thiopental is employed as a sole anaesthetic agent for brief surgical procedures. It is also used for the induction of anaesthesia prior to administration of another anaesthetic more suitable for the ongoing maintenance of anaesthesia during prolonged surgical procedures. Sodium thiopental has also found limited use in controlling seizures.

For anaesthesia, the barbiturates have more recently been replaced with safer alternatives, including compounds from the opioid class, such as fentanyl, the benzodiazepine class, such as midazolam, and general sedatives such as propofol.

During execution, the administration of an anaesthetic is followed by the administration of a non-depolarising neuromuscular blocking agent, which acts to prevent chemical signals travelling from the brain and spinal cord to the muscle, by competing for cholinergic receptors at the motor endplate. This results in the prevention of muscle contraction. The neuromuscular blocking agent typically employed in lethal injections is pancuronium bromide, though rocuronium bromide and vecuronium bromide have also been utilised. These agents serve a dual purpose in that they ensure the recipient’s breathing is stopped, and also assist the aesthetic purpose of making the recipient appear still during the execution. These drugs do not, when administered in this way, induce unconsciousness.

In medicine, neuromuscular blocking agents can be administered to children and adults for most surgical procedures, and allow a breathing tube to be inserted and the prevention of involuntary contractions during surgical procedures.

The final drug to be administered during the execution is potassium chloride. Potassium is stringently regulated by the body, and is involved in numerous physiological processes, including the transmission of nerve impulses, the contraction of cardiac, skeletal and smooth muscle, and the maintenance of normal renal function. Normally, only a small fraction of potassium is freely circulating in the blood, with a majority being stored in cell reservoirs. However, upon administration of a lethal dose, increased potassium chloride concentrations in the blood effectively paralyse the heart. The drug administered alone is understood to be incredibly painful, and thus necessitates the prior administration of an anaesthetic and muscle relaxant.

Potassium chloride is indicated in medicine for hypokalemia (potassium deficiency) in patients for whom dietary management with potassium-rich foods is insufficient. The usually prescribed dose in adults is 20 milliequivalents per day, well below the lethal dose of 100 milliequivalents.

To circumvent issues with obtaining the lethal injection drugs, many US states are now turning to alternative drugs for the lethal injection procedure. Midazolam has been employed in several executions, despite it not being well understood what dose, if any, is required to perform a ‘humane’ execution. The drug is usually given for medicinal purposes at doses of one, two and five milligrams to induce anaesthesia, although Florida has indicated that 500 mg will be used in executions in that state (bit.ly/2aFeUZ8). However, and most importantly, midazolam is completely void of analgesic effects, which has been a primary objection to its use in lethal injections. It is believed that there is a risk of recipients not being adequately anaesthetised, resulting in a terribly painful execution.

Maya Foa, the Director of London-based Reprieve, a human rights advocacy group and a staunch opponent of the death penalty, has stated that: ‘[W]ith Pfizer’s announcement, all FDA-approved manufacturers of any potential execution drug have now blocked their sale for this purpose … Executing states must now go underground if they want to get hold of medicines for use in lethal injections.’ (nyti.ms/2b6wDtW) In order to source the required lethal injection drugs, many states are covertly seeking compounding pharmacies to obtain the necessary drugs. Such compounding pharmacies operate in the absence of FDA oversight and thus are loosely regulated. Of course, this lack of regulation raises serious questions as to what composition is actually being injected into recipients.

Adding to this question of the actual composition of the drug is the imposition of secrecy around a state’s drug source, in an alleged attempt to protect the suppliers of these drugs from death penalty opponents. In fact, many US states have put laws in place that prevent or prohibit public disclosure of information about the sources of drugs and how they are obtained. However, Robert Dunham, executive director of the Death Penalty Information Center, states that: ‘The secrecy is not designed to protect the manufacturers, it is designed to keep the manufacturers in the dark about misuse of their products.’ (nyti.ms/2b6wDtW)

Ultimately, the ongoing experimentation with new drugs that are relatively unknown in such procedures is resulting in a series of botched executions that are drawing widespread criticism from not only death penalty opponents but also the wider community. As a consequence, some states are considering alternative, albeit outdated, methods of carrying out executions, including the electric chair, firing squad and gas chamber (nyti.ms/2b6wDtW).

The current state of lethal injections

According to the Death Penalty Information Center website (www.deathpenaltyinfo.org), as of mid-June, Arizona declared that it did not have a supply of lethal injection drugs, nor did it have access to them. The website also states that Louisiana will not carry out any executions until at least 2018, in part due to its inability to obtain lethal injection drugs. Similarly, Ohio will postpone all executions until at least 2017. In 2015, Arkansas had purchased a stockpile of drugs, reportedly midazolam, in an effort to continue executions.

As at 1 January 2016, there were 2943 death row inmates awaiting execution in the US. Exactly what experimental drug concoction they will be administered remains to be seen.

The ongoing challenge for Pfizer will be ensuring that the sale of its products is for the intended use. That is, that each of these regulated drugs is used for medicinal purposes. Ultimately, these drugs were not intended to kill. They were designed to improve the lives of patients, and ultimately, save lives.

Brittany Howard MRACI completed a PhD in medicinal chemistry at the Monash Institute of Pharmaceutical Sciences before undertaking a postdoctoral position with the National Institutes of Health (US). She is currently a trainee patent attorney with FB Rice Patent and Trade Mark Attorneys. 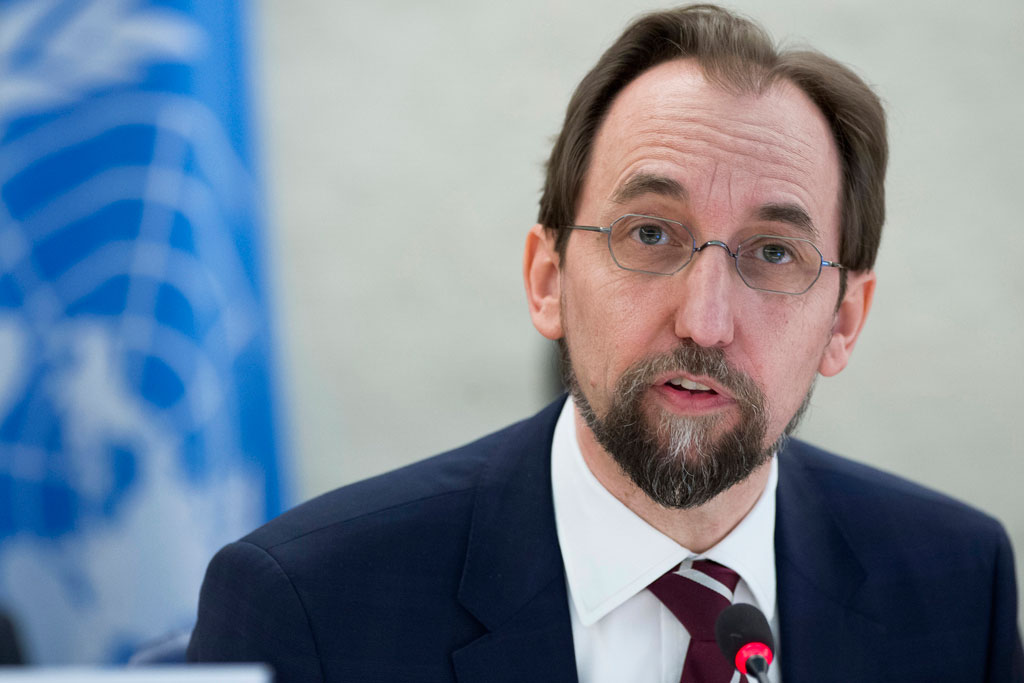 On 19 May the United Nations human rights chief warmly welcomed the initiatives announced by pharmaceutical company Pfizer to ensure that the drugs it produces will not be used by States to carry out executions by lethal injection.

‘Businesses, across many industries, can help prevent human rights violations from occurring,’ UN High Commissioner for Human Rights, Zeid Ra-ad Al Hussein, said in a statement released by his Office (OHCHR). ‘It is heartening to see companies playing an active role in furthering the trend towards ending use of the death penalty.’

Pfizer announced that it would restrict the sale of seven products that have been part of lethal injection protocols in some States. Resale will be restricted and Government entities will be required to certify that the products they purchase will not be used for any penal purposes. Pfizer has said it will monitor the distribution consistently.

The High Commissioner noted that other companies beyond the pharmaceutical industry may be involved in activities relating to the administration of the death penalty, and called on such businesses to carry out human rights due diligence across their operations to ensure that they are not in any way contributing to the use of capital punishment.

Mr Zeid also urged States not to resort to questionable sources for the drugs required to administer lethal injections. He stressed that the UN opposes the use of the death penalty in all circumstances. 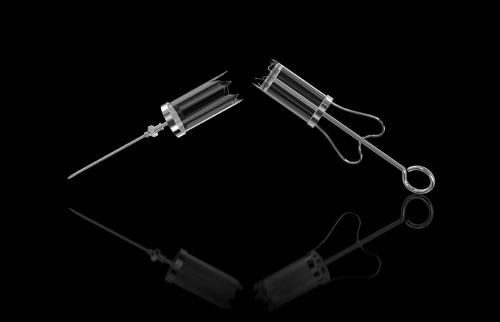 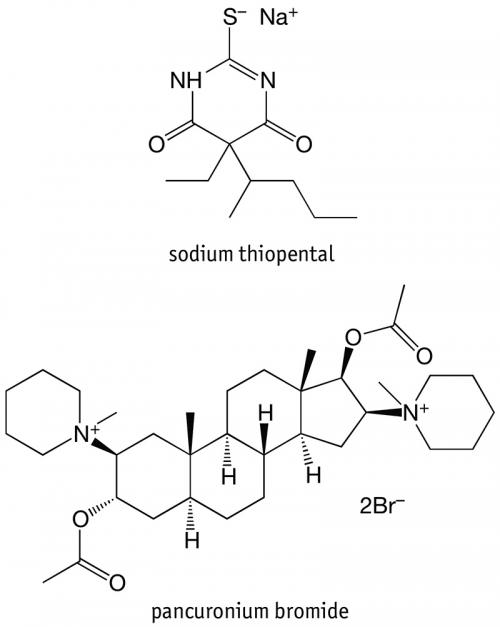