Despite many claims to the contrary, in the realm of industrial chemical technology there are very few ‘new’ technology or breakthrough processes. Over the past century, many different approaches to a given product have been tried before the current technology was devised, brought to commercialisation and became the established approach. Current technology is always deficient in one aspect or another, which leads industrial researchers to re-examine older approaches. Often the older approach has been completely forgotten and the wheel is reinvented, quite often with the same result, namely that the old approach was abandoned for a good reason. In a few cases, a change in circumstances or a ‘breakthrough’ in an unrelated field improves the approach and the technology rises from obscurity to challenge or replace the established technology of the day. Often the pertinent breakthrough is in the field of economics rather than technology.

For example, for many decades ammonia synthesis has been based on the first step being the steam re-forming of gas, LPG or naphtha or gasification of coal to synthesis gas, which is then used to produce the hydrogen required (see February 2017, p. 36). In future, this may be challenged by the use of renewable power to drive electrolysis plants for the direct production of hydrogen.

Another example is PVC. For the past 50 years, PVC was mostly produced from ethylene as the hydrocarbon component, but in recent decades the production of acetylene in China using cheap power from coal has challenged this route.

For these examples, the ‘newer’ approaches have always been in operation somewhere in the world although largely forgotten by most users as a consequence of the prevailing economics. For instance, hydrogen synthesis by electrolysis for ammonia and fertiliser production has been practised in countries with low power costs, such as Norway, and the acetylene route to PVC was used in South Africa prior to its adoption in China.

The two major sources for lithium are hard rock alpha-spodumene and certain brine lakes containing high levels of lithium salts. For alpha-spodumene, a key issue is the cost of conversion of the ore containing 6% Li2O to the beta-form by calcination at >1000°C. However, the main thrust of Australian technical innovations seems to be concerned with upgrading raw ore from about 2–4% Li2O to the 6% level for shipping to countries with low energy costs (China or US), rather than attacking the problem of extracting lithium from the raw ore. Ultimately, lithium chemicals have to be extensively refined to typically 99.5% for battery-grade lithium carbonate.

Brine lakes have been used for the production of lithium for many decades. Each brine lake is unique in composition and some, particularly in the Americas, have lithium contents of 3000 ppm Li2O or higher. This has to be extracted from the dominant sodium chloride. Of particular concern is the magnesium content of the brine. This can interfere with the efficient extraction of lithium, which is performed by a sequence of evaporation ponds and selective precipitation steps to produce lithium carbonate. There appears no general approach to lithium extraction, with each operation requiring a unique solution in brine processing. This generates claims by many of the players of ‘novel’ approaches for lithium separation.

On the commercial side of lithium production, the industry is dominated by a few major players: Albermarle Inc. and FMC Corporation of the USA, SQM of Chile, and Tianqi Lithium of China. Albermarle is a spin-out of the chemicals business of Ethyl Corporation. It has holdings in brine lithium production and is of interest for us in that it, along with Tianqi, is a major investor in the Talison Lithium mine at Greenbushes in Western Australia. This is considered to be the world’s largest hard rock lithium producer. An FMC subsidiary (now named Livent) has a significant production from brine lakes in Argentina and produces a wide range of lithium chemicals for general industrial use as well for batteries. SQM is the world’s largest producer of lithium from brine lakes and has well-established operations in the Atacama Desert of Chile. It also has investments in hard rock lithium production. Tianqi is the largest Chinese lithium producer. As well as its investment in Greenbushes, Tianqi holds interests in SQM. These companies employ a range of technologies suited to their specific requirements for extracting lithium as well as other elements of interest to them.

New technology in the graphite sphere is similar in that innovation is aimed at lifting the final graphite content of the ore to an acceptable level. For most high-tech uses, such as lithium-ion batteries, the ash content of the final product is required to be well below 0.1%, which implies a carbon content >99.9% and residual metal content in the parts per million range. Again, this refining requires high-energy input (see April 2016, p. 36). It is not clear whether natural graphite or synthetic graphite, which is made by calcining highly graphitised sources of carbon such as petroleum coke, is the better material for lithium-ion batteries. Some manufacturers prefer the synthetic material for high-end products but this seems to be the result of a trade-off between purity, price (synthetic is generally higher priced than the natural product) and other properties, such as surface area and electrical conductivity.

At present, there is a large production of synthetic graphite for a wide variety of uses, and the availability of synthetic material will set the price limit for natural graphite mining operations. However, for lithium products, the supply–demand balance will set the price. Recently, the demand for lithium has outstripped supply, and lithium prices have been very high. For instance, 6% Li2O alpha-spodumene concentrate has been trading in the $US500–800/t range, and lithium carbonate, a typical product from brine extraction, has been selling for more than US$13 000/t. However, the emergence of several new hard-rock sources, particularly in Western Australia, and new developments from salt lakes in the Americas, may result in the weakening of the price in the future.

The enthusiasm for lithium batteries is predicated on a continuing exponential growth in demand for electric vehicles as a replacement for the present vehicle fleet. However, there is now increasing scepticism of this concept with BMW recently stating that electric vehicles would never compete with the internal combustion engine on price, even if lithium batteries halved in cost.

In order to meet the ambition for a carbon-emission-free future and a transition to reliance on renewable technologies, there will have to be significant developments across the value chain from ore mining, beneficiation, refining and battery technology. Many of these ‘new’ developments will doubtless be built on older forgotten technologies of yesteryear. This will require researchers to delve into the past history of technology for clues – from the pre-Google era of chemical technology. 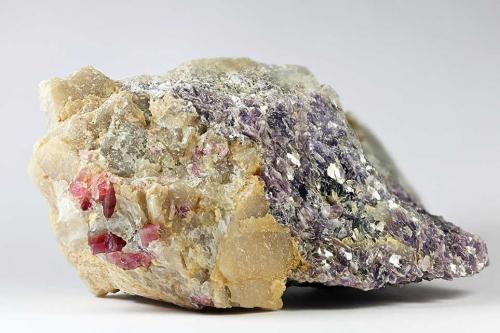