I’ll drink to that

In December 2017, the New South Wales Container Deposit Scheme (CDS) came into effect. This meant that the ‘Premier State’ joined South Australia and the Northern Territory in operating a scheme that, in the words of the NSW Environment Minister, gives people an ‘… incentive to recycle their drink containers so they don’t end up littering our communities and waterways …’. Queensland’s similar scheme commenced on 1 November 2018, leaving only Victoria, Tasmania and Western Australia without such a scheme.

Within a month of the NSW scheme beginning, ABC News was reporting that two million containers had been returned for refund of the deposit paid at the time of purchase. The ABC also reported that aluminium cans and glass containers represented 77% of the containers returned, although without specifying whether this was by number of containers or by weight of material recovered. If by weight, the low proportion of PET containers is probably understandable, when compared with glass.

As a native of South Australia, where container deposits have been the norm for as long as I can remember, this is music to the ears. However, as a current resident of Victoria, I should also acknowledge that, at best, only half-hearted attempts have been made to introduce a CDS in that state. Indeed, during my time with EPA Victoria, a (then) senior executive of that organisation put forward the view that a CDS would undermine Victoria’s highly effective kerbside recycling scheme. The same argument was used by the Victorian Environment Minister in June 2018. However, the highly publicised Chinese ban on the importation of waste for reprocessing and recycling has also happened over the same time, and the Victorian Government has had to allocate significant amounts of money to enable councils to continue their kerbside collection of recyclable waste. In most Victorian council areas, the recyclables stream is commingled, with paper, plastics, glass and metals all being placed in one bin. The Chinese have argued that contamination of the waste stream is the main reason they have stopped the importation of recyclable waste. Part of the sum provided by the Victorian Government will be used on an education program to improve separation of wastes, and to prevent contamination. The archetypal example is the used pizza box – the cardboard is recyclable, but the adhering food residues represent putrescible wastes. A pet hate of mine is attempts at recycling plastic milk bottles without rinsing them. Who could blame the Chinese for not wanting to accept unrinsed plastic milk bottles that have spent up to two weeks in a recycling bin, before compaction into bales and time spent on a slow boat to China?

As far as I can tell, the main objective of CDSs is to reduce litter, and the consequent potential damage to waterways and other sensitive environments. Litter surveys have identified beverage (soft drinks, beer and premixed spirits, but not wine) containers as a large proportion of the litter stream. Presumably, those litter surveys also take account of the brown paper bags and milkshake cups provided by well-known fast-food outlets; although the paper breaks down in the environment, the plastic straws don’t. No doubt, future surveys will tell us whether the litter reduction objective of CDSs has been met.

Going back to the days when beverage containers were mainly glass bottles and represented a large proportion of the cost of production if only used once, container deposits had a different objective. I’ve written before of how, in my youth, South Australian beer bottles remained the property of the Adelaide Bottle Company (representing the two resident brewers), and soft-drink bottles remained the property of the drink manufacturer. Consumers, apparently, only borrowed the bottles, and the deposit encouraged them to return them. However, more than 30 years ago, a member of a prominent winemaking family (and well-known conservation advocate, and chemist) pointed out to me that, in a dry climate such as Adelaide’s, the amount of water required to wash glass bottles prior to re-use possibly had a bigger environmental impact than roadside litter. The old-time drink manufacturers knew that glass bottles cost money, and had a strong incentive to re-use them. These days we’d call that resource efficiency and product stewardship. However, besides the costs of washing, perhaps the impacts of two-way transport of glass bottles (because the supplier also collected the empties) were also appreciated, explaining the alacrity with which PET bottles were adopted for soft drinks. PET offered several benefits: it was cheap, light, recyclable, and avoided the economic and environmental costs of washing glass for re-use.

It’s a reflection of changing times that what was once seen as a cost-saving and economic measure can now be appreciated in the context of resource efficiency, waste management and recycling, and environmental impacts. 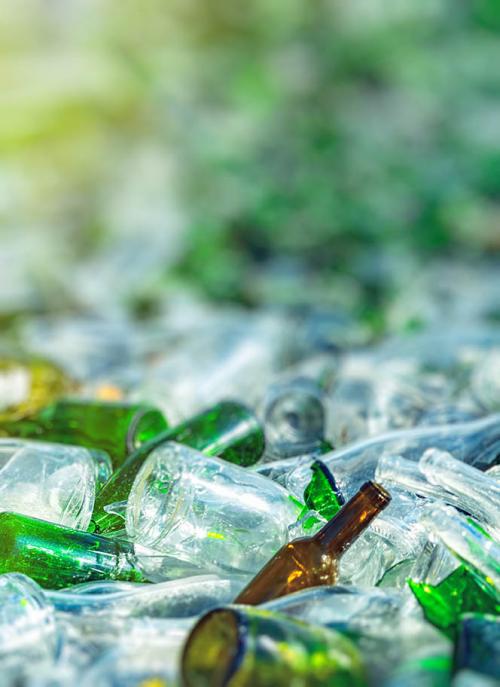