From snails’ eggs to anticancer agents: compound development and evaluation

Researchers at the University of Wollongong and the Illawarra Health and Medical Research Institute have discovered a new group of molecules showing promising results against multidrug-resistant cancers.

Natural products or direct derivatives from them have provided nearly half of all clinically useful cancer chemotherapeutics, and the search for new potent and selective agents continues. Multidrug resistance, whereby cancers develop resistance to chemotherapy drugs and are no longer responsive to treatment, is a major limitation to the current management of the disease. It affects patients with a variety of blood cancers and solid tumours, including breast, ovarian, pancreatic and lower gastrointestinal tract cancers. Any new active compound that has an effect on multidrug-resistant cells has major implications for improving survival in these patients and ultimately reducing relapse.

At the University of Wollongong and the Illawarra Health and Medical Research Institute, we have found that a group of molecules called N-alkylisatin derivatives killed 100% of drug-resistant cancer cells in the lab in just 48 hours. In comparison, a chemotherapy drug commonly used to treat breast cancer killed only 10% of cells in the same time period.

N-Alkylisatin derivatives, which have proved particularly potent against colorectal, prostate and breast cancers, work by targeting the skeleton of the cell, which is critical for a cell to continue dividing. These targets are called microtubules and our compounds interfere with the assembly and disassembly of these structures – essentially disassociating them so that the cell cannot undergo any further division, at which point, it dies.

Our work in this area started from a somewhat unlikely source – the egg masses of the marine snail Dicathais orbita, also known as the white rock shell or cart-rut shell.

This snail is commonly found on rocky shores around Australia and New Zealand.  Dr Kirsten Benkendorff had undertaken pioneering work at the University of Wollongong on chemical defences in these apparently very vulnerable egg masses, which help to protect them from, for example, predation and bacterial attack (Benkendorff K. et al. J. Chem. Ed. 2000, vol. 26, p. 1037).

One such compound identified in the egg masses was tyriverdin, which was shown to have potent antibacterial activity. With this in mind, and noting that some known antibiotics also display cell toxicity activity, Dr Kara Perrow (nee Vine) then looked at other biological activities of these compounds, particularly cytotoxicity against cancer cells growing in vitro, with Dr Benkendorff and Professor Marie Ranson in Wollongong.  In addition to their moderate antibacterial activity, tyrindoleninone and 6-bromoisatin, two of the other natural egg mass compounds, were identified as having more promising activity against cancer cells. Tyrindoleninone was rather unstable, so 6-bromoisatin was used as a starting point for further synthetic studies to try and optimise activity. Thus, nature provided the critical lead.

Isatins are widely prevalent in nature and display a variety of biological activities. As such, these compounds and derivatives are often observed as ‘hits’ in drug screening operations. Thus, for their development, it is important to focus on enhancing target selectivity and increasing potency by making more selective synthetic derivatives.

By tweaking the chemical composition of the original egg formula, we eventually boosted its cancer-killing properties by about 400 times. We then took lab-grown cancer cells that were either sensitive or resistant to commercial chemotherapies and exposed them to different concentrations of N-arylalkylisatins for up to 48 hours. We screened these compounds against a panel of different cancer cells that we grow in the lab and found that they had activity against all of them (see box).

Even though many drugs used for the treatment of cancer and infectious diseases are derived from natural products – of either terrestrial or marine origin – we were still surprised at the results. Because our molecules have similar properties to some of the chemo-therapeutics that are currently used, we weren’t expecting them to have such an effect on cancer cells that are normally resistant to these types of molecules.

One important multidrug resistance mechanism is mediated by P-glycoprotein efflux pumps in the cells. These cell-membrane-bound pumps can very effectively remove or pump out anticancer agents from within the cell, thus reducing their concentration to sublethal levels, resulting in the persistence of the cancer cells. We have now found that the isatins (1)–(4) retain their potency against multidrug-resistant human lymphoma cancer cells and uterine sarcoma cells as efficiently as against their corresponding (non-resistant) parent cancer cells (Vine K.L. et al. Heliyon 2016, vol. 2, e00060). This is an exciting result and the compounds could potentially be used as the basis for single or combination therapy for treating multidrug-resistant cancers, or as alternatives to other known isatin-ß-thiosemicarbazones that have selective killing ability against multidrug-resistant cancer cells (Hall M.D. et al. J. Med. Chem. 2011, vol. 54, p. 5878)

Dr Perrow is now working to optimise the drugs so that they are safe for use in humans. This involves packaging the N-alkylisatin derivatives into small lipid-based nanoparticles so they become non-toxic and safe for injection. In addition she is surface-functionalising these nanoparticles so that they can be transported safely and selectively to cancer cells. After injection, the isatin-derivative-loaded nanoparticles release their drug payload only once they are taken up into the cancer cells, thus minimising unwanted off-target effects.

In the future, these drugs could be used as therapy after the first round of chemotherapy fails, as a completely new therapy to replace the current standard of care, or in combination with a number of anticancer drugs to reduce the chance of multidrug resistance. This would be an exciting prospect for future cancer chemotherapy using homegrown compounds, initially sourced from snails’ eggs.

We are sure nature has many more unexpected leads to discover and follow up – but we need to keep looking, particularly in unusual places, while keeping in mind Aristotle’s observation from long ago: ‘In all things of nature there is something of the marvellous’.

A classical medicinal chemistry approach was used in stepwise modifications of the starting 6-bromoisatin lead compound, focusing on substituents in the aromatic ring of the isatin core, and the variation of substituents on nitrogen in the five-membered ring, as well as limited modification of the ketonic group in this ring. Early on, it was found from studies by Dr Julie Locke that 5,7-dibromo substitution in the aromatic ring, rather than just 6-bromo substitution as in the natural product, increased cytotoxic potency. In addition, this disubstitution pattern was more readily accessible synthetically than mono 6-substitution (Vine K.L. et al. Bioorg. Med. Chem. 2007, vol. 15, pp. 931, 3951).

Further studies by Dr Lidia Matesic and co-workers involved the introduction of a variety of N-substituent groups, mainly arylalkyl groups, from which the potent compounds (1)–(4) emerged. In contrast, structural modifications to the carbonyl group in position 3 or the addition of an extra ring system between the nitrogen atom and position 7 were detrimental to the biological activity.

Compounds (1)–(4) boosted the cancer cell killing properties many-fold over the starting natural product lead, 6-bromoisatin. In vitro cytotoxicities (IC50 values – concentration required to inhibit the growth of 50% of the cell population) against breast, colorectal and prostate cancer cells ranged from about 1 to 8 µM. Much greater potency was observed against lymphoma and leukemic cells; compounds (1), (2) and (4) displayed sub-micromolar IC50 values against U937 lymphoma cells following a 24-hour exposure to the compound.

Effects on the morphology of human lymphoma cancer cells (U937) on treatment with either a DMSO vehicle control (A; no adverse effect) or with N-substituted isatin (4) (B; cell elongation) for 24 hours (brightfield microscopy images; magnification 40×). 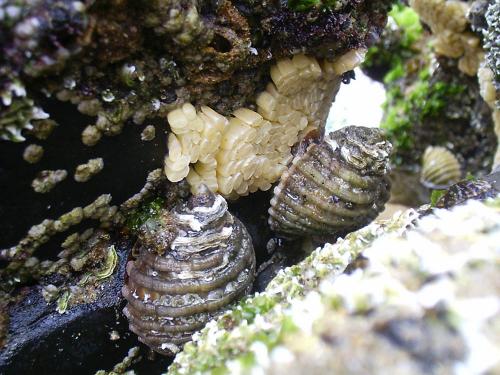 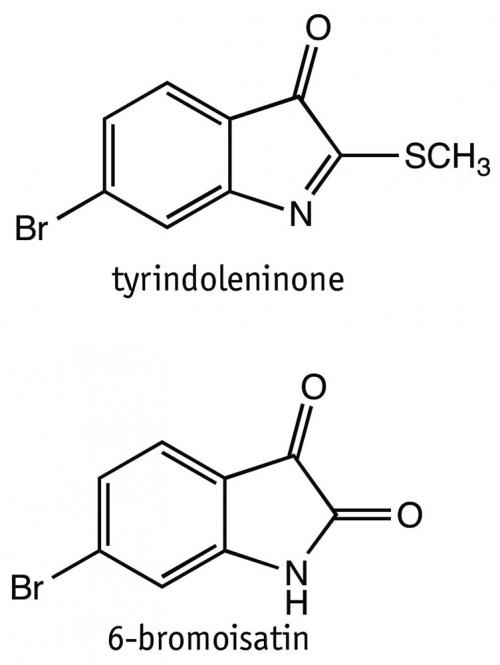 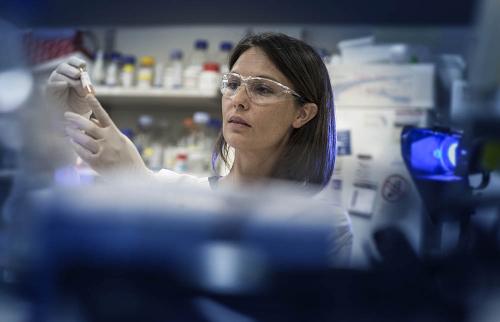 ... N-alkylisatin derivatives killed 100% of drug-resistant cancer cells in the lab in just 48 hours.