Bring chemistry and the other sciences out of the lab and into the loungeroom with these great games.

Far from the stereotype of the mad loner scientist in his or her isolated laboratory, there are many examples of science as a family affair.

Together, the Curie family hold the record for the most Nobel Prizes received: Marie (Physics, 1903, and Chemistry, 1911), Pierre (Physics, 1903), their daughter Irène Joliot-Curie (Chemistry, 1935, with husband Frèdèric Joliot-Curie) and another son-in-law Henry Labouisse (Nobel Peace Prize, 1965, as director of UNICEF).

The Bragg father and son team first demonstrated the use of medical X-rays (on five-year-old William after he fell off his bike). They went on to pioneer the field of X-ray crystallography, which was later used to identify the structure of DNA.

The Leakeys, the Huxleys, Nobel Prize recipients C.V. Raman (Physics, 1930) and his nephew S. Chandrasekhar (Physics, 1983), the Sammuts (regrettably unlauded) – all of these families have carried the love of science across generations.*

So with an intergenerational theme in mind, this public issue of Chemistry in Australia seems an ideal time to look at some of the fun science and maths games and activities for families, or to do with friends.

Starting with the classics, there are any number of kits and books for science experiments in the home. The acid–base volcanoes and rocket launchers are a particular favourite for my eight-year-old son, Billy (debuting to the world in this issue), as is the kitchen science of crystal growth.

Sodium borate (borax) dissolved to saturation in hot water will grow quite spectacularly large crystals, particularly if you put it in an esky or thermal bag to keep the water warm for as long as possible. Using simple pipe cleaners for the structure, you can easily grow the crystals onto ornamental shapes. However, use plastic containers for your experiments. The hardened borax crystals tend to crack glass containers when you try to clean them out.

If you teach students who are keen on competition (and prizes), why not get involved in the RACI’s annual crystal growing competition (www.bit.ly/1NJwDMW) for primary and secondary levels. Entry is just $10 per school, with no limit to the number of crystals submitted.

Chemistry kits tend to be a bit more restricted than they were in my youth, given the modern fanaticism for safety, but electronic kits have become really accessible. There are great kits available with easy-to-use interchangeable parts, and great explanations of the principles being tested.

Chemistry and electronics can be readily combined in the form of a simple lemon battery. All you need is a lemon, a piece of zinc or galvanised iron (such as a large nail), and a piece of copper metal. I use the copper plant tags sold in hardware stores for gardeners. Each zinc–copper couple gives off approximately 0.9 V of power, so two in series is basically equivalent to a standard AA battery.

Another Billy Sammut favourite is the book The elements by Theodore Gray, (see April 2014 issue, p. 32). This has been made into a jigsaw puzzle, and was a huge success at the traditional Sammut family Christmas. As old fashioned as it might seem, doing a puzzle as a family is a shared task from youngest to oldest, and involves hours of togetherness. And the Boxing Day Test makes a great audio accompaniment.

In the modern era, there are simply excellent new tools for home science. Black lights and low-power lasers are readily accessible and cheap. They make available all sorts of interesting experiments with light, and with the benefit of polarising filters (from cameras or sunglasses), many plastics can reveal wonderful secrets.

During her successful RACI Nyholm Youth Lecture series to senior secondary students (www.bit.ly/1MYIRiQ), Dr Liz New of the University of Sydney demonstrated some wonderful experiments in fluorescence, using household materials and a black light. Laundry powder in water or finely chopped spinach in alcohol both give spectacular results, while the properties of fluorescent pens might surprise you.

There are plenty of solar kits on the market, but most of the ones I have seen have been pretty mediocre. They go together in just a couple of ways, with very limited potential for lasting interest. If instead you are spending money on games and toys with an engineering focus, it is hard to go past the classics of Lego and Meccano.

A couple of construction-based products have been developed with girls in mind. Roominate is a modern take on the classic dollhouse, where children build the house out of interconnecting modules and parts, and can even wire up motors, lights and buzzers to bring their work to life. By contrast, GoldieBlox has been criticised by some that while it markets itself as challenging the gender stereotypes of building toys and ‘the pink aisle’ of toy stores, it has relatively few configurations, its packaging and materials are still almost entirely pink and pastel, and its lead characters are still variations on the princess theme. There may be better ways to engage the interest of young girls in science-based play than by royal charter.

For biological and geological science at home, digital microscopes can be relatively inexpensive fun. There are hand-held and classic-format versions, both of which connect via USB to your computer. What I love about this is that you can easily purchase interesting pre-prepared slides online for various samples of the natural work, but the family can go outside together and just as easily collect items from the garden for a more detailed examination.

As a family, we often like to play board games after the dinner table has been cleared. With a young son at school, many of these are educational in nature, such as Zeus on the Loose – a counting game. It’s quick paced and enough fun that the adults don’t feel the urge to chug a wine glass of cyanide (which, as chemists, we actually know how to make), and it happens in short rounds so that a few games pass swiftly.

For the adults, the game Timeline has been a late favourite. It’s a simple game based on laying out cards for historical events in chronological order, with multiple (separately purchased) versions from general history to science and discoveries, and different sets that can be easily mixed for variety. More than just a memory game, success comes as you build on the context of scientific and historical progression, and it becomes increasingly difficult as the number of cards on the table increases.

Although I haven’t yet had a chance to play them myself, four other board games have been very well rated in my research. Pandemic is a co-operative board game about the outbreak of four diseases in the world. Players must work together to discover the cure before game-ending conditions are reached. Its popularity is such that there are multiple expansion packs, and a second edition was released in 2013.

Compounded is the successful product of a Kickstarter (crowd funding) campaign. It was marketed under the tag line: ‘A chemistry board game with elements of strategy, social interaction, just a bit of luck – and, oh yeah, explosions.’ The game was launched in late 2013, and has been getting great reviews (although note that one of the game extension packs has a theme of illicit substances).

I like the sound of Bone Wars: The Game of Ruthless Palaeontology. From the publisher’s website: ‘… players take the role of palaeontologists during the great “Dinosaur Rush” of the late 19th century. Out in the field, fossil hunters must survive natural disasters and attempts by other players to steal and destroy dinosaur bones.’

The New Science board game is set in 17th-century Europe. Players compete to make discoveries, test hypotheses, publish papers and accumulate prestige to be appointed as the President of the Royal Society.

In its best form, science is more than just a way to overcomplicate a simple agrarian existence. It’s a way of life, and fun for the whole family. So this year we should all encourage Santa to say ‘H2O, H2O, H2O’, and bring a little science fun home for Christmas.

*For brief biographies of some of these science families and other influential scientists, visit www.bit.ly/1N5MjKh. 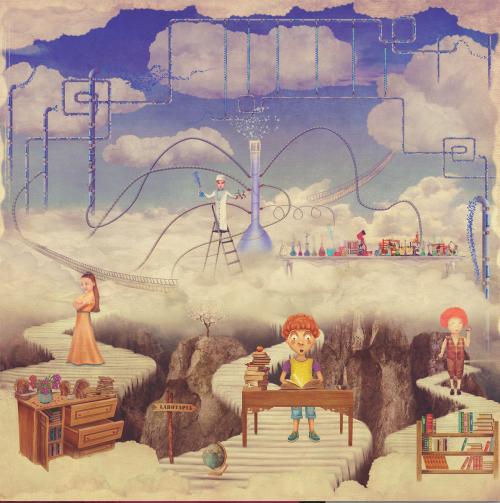 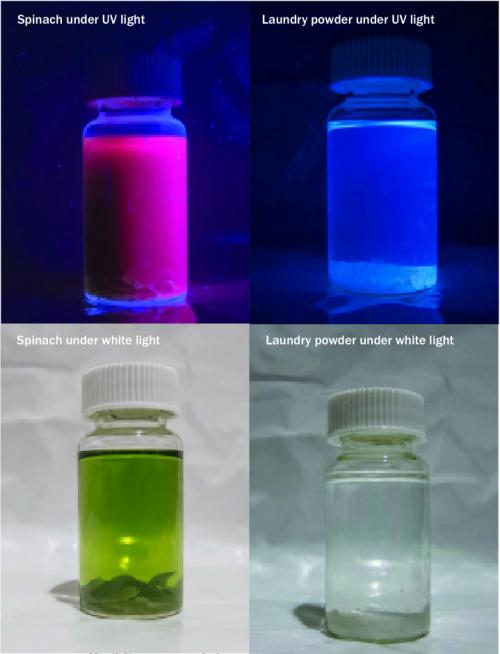 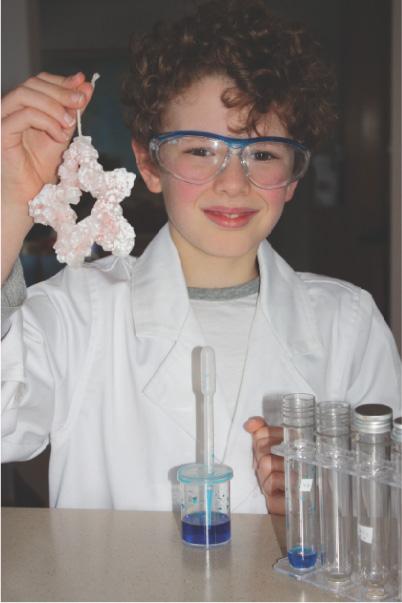 Chemistry kits tend to be a bit more restricted than they were in my youth, given the modern fanaticism for safety ...