It was sometime around 1980, when I was still a stamp collector, that I received a letter from a Russian chemist, Dr Igor E. Dolgy, proposing an exchange of stamps from our two countries. Years later I discovered chemists in other countries who had received similar invitations; some declined, but others, like me, joined in. For me and Igor, however, it began an exchange that lasted for 15 years until we finally lost touch.

Dolgy was working at the N.D. Zelinsky Institute of Organic Chemistry of the Russian Academy of Sciences in Moscow. Nikolai Dimitrievich Zelinsky (1861–1953) completed his degree studies in 1884 at the Novorossiisky University near Odessa, and the following year, with support from a scholarship from the chemistry department, he went to Germany to gain research experience. He worked with Wislicenus at Leipzig and then Victor Meyer in Göttingen, where he was the first to prepare dichlorodiethyl sulfide S(CH2CH2Cl)2 … and the first to suffer such serious burns from it that he was hospitalised for several months. Years later, this substance was used for exactly that purpose on the battlefields of World War I.

Returning to Russia, Zelinsky was awarded his MSc and PhD degrees for work on stereochemistry and isomerism of organic compounds, and he was appointed to a chair at the University of Moscow in 1893. The Zelinsky Institute was created in 1934 by bringing together the laboratories of Zelinsky, A.E. Favorsky, V.N. Ipatiev and A.E. Chichibabin, with Favorsky as its first director. One of the later directors was A.N. Nesmyanov, so you can see that the senior members of the Institute constituted something of a Who’s Who of Russian (later Soviet) chemistry. Zelinsky headed a department in the Institute and worked there on hydrocarbon chemistry and catalysis. This was a field in which Ipatiev made important contributions, especially after he migrated to America.

I wasn’t sure where Igor Dolgy fitted into a society about which I, like most people outside the Soviet Union, knew very little. Was he an ‘insider’, a Party member with a good job and the trappings of life to go with it, or was he from less exalted stock with social status determined, instead, by technical proficiency? I couldn’t find much of his published work, just a paper on some cyclopropane carboxylic acids (in Russian) and a couple on their mass spectra that were published with co-authors in Hungary. Along the way I learned that his father had a farm and until he died in 1985 at 84, he had been sending apples to augment the peripatetic supplies available in Moscow. I’m not sure whether Dolgy Senior owned that farm or was just a tenant.

A possible indication of Dolgy’s status were the travels he undertook. From time to time, for professional reasons, he was in Leningrad and once sent me a photograph of the headstone on Borodin’s grave, after I expressed interest. Later, I was able to photograph it myself. He was several times in Ufa, which he described as the capital of Bashkiria (Bashkortostan), a city of about a million people, on the Trans-Siberian Railway about halfway from Moscow to Kazan. One holiday involved a three-week boat trip down the Volga to Astrachan with excursions to Jaroslavl, Stalingrad, Gorky, Kazan, Volgograd and other towns. By 1985, he had been promoted to professor, which meant, among other things, that his holiday entitlement increased from 36 to 48 working days, effectively two months off! All this was adding up, in my mind, to very senior status and quite likely, Party membership.

In 1990, Igor moved to a more responsible position in the Zelinsky Institute, and the following year he was sent on a two-week management course. It wasn’t all work, however, because the lectures were given aboard the 750-passenger motor ship Leonid Sobinov as it made its way south. They spent a couple of days in Greece, one on Kipr (Cyprus) and four days in Istanbul. He had been in Turkey before, in 1975, and noted in 1990 the increased car numbers and the richness of goods available in shops and markets. Back home, things were tough in the early 1990s as the Soviet Union disintegrated, prices were high and food was scarce. The address on the letters changed from USSR to Russia.

Mentioning letters reminds me that not all of our letters got through, so we took to numbering them. In some cases, my letters arrived in Moscow without the stamps I had included, so I switched to registered mail, which proved to be secure. Finally, I had the chance to visit, as I’ll relate in my next Letter. 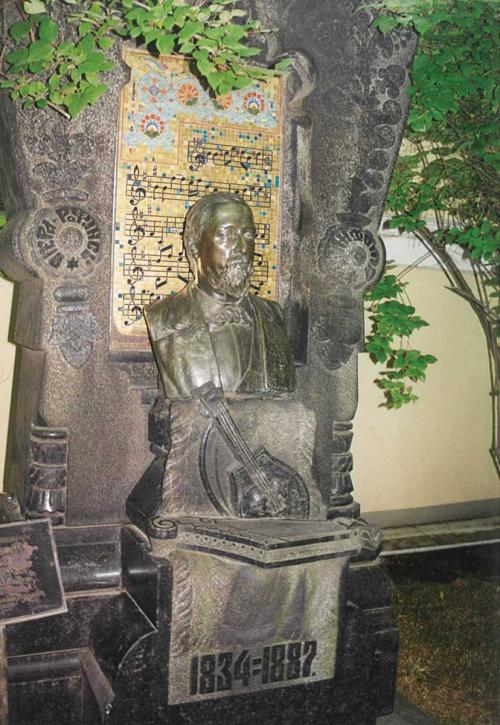