The question of how to achieve the maximum return from the investment of public money in the funding of research is not new. It’s a question that has occupied countries around the world for many decades. In a hearing before the US Congress into the authorisation of funding to the National Science Foundation in 1982, Dr F. Thomas Juster, Professor of Economics at the University of Michigan, likened research in both the natural and the social sciences to drilling for oil. He stated:

... a large number of explorations are expected to yield one or two big gushers, a couple of moderate-size producers, and a good many dry holes. The exploration program as a whole is worthwhile if the yield from the producing wells repays the investment in the dry holes, in addition to their own investment costs. Since no-one can predict in advance which idea will become a big gusher and which will be a dry hole, it is necessary to take risks – with the strong presumption that some projects will not (with the benefit of hindsight) have been worth undertaking.

To make the discoveries that turn out to be the ‘gushers’, scientists must be allowed the freedom to explore many different avenues, and governments that provide the funding must be willing to take risks. Unfortunately, this is not the policy of the current Australian Government.

In an Open Letter of Expectation that the Acting Minister for Education, the Hon. Stuart Robert, sent to the CEO of the Australian Research Council (ARC) on 6 December 2021, the minister demanded immediate reforms to encourage research into priority areas chosen by the government and into topics that are in the national interest, in particular in the government’s selected National Manufacturing Priorities, which are resources technology and critical minerals processing, food and beverages, medical products, recycling and clean energy, defence and space. This attempted railroading of Australia’s researchers by the government represents an attack on the academic freedom of our country’s scientists. In the opinion of the minister in his letter, ‘It is my belief this approach will strengthen the quality of Australia’s research endeavour’. I think the opposite is true; it will weaken Australia’s scientific standing in the world and result in little or no lasting benefits to our country. Scientific discovery cannot be forced by political intervention. On the contrary, governments can only encourage scientific discovery by allowing scientists the freedom to follow their curiosity, with the hope, as Professor Juster explained, that one or more of them might strike oil. The policy of the government, as outlined by the minister, displays a fundamental lack of understanding of the process of scientific research. Of course, research discoveries must be translated into applications in industry for the benefit of society, but the first step is to make the discoveries, and this does not come from investing in applied research at the cost of basic research.

In an excellent commentary published in Nature Reviews Chemistry (2017, vol. 1, pp 1–3), Professor Helmut Schwarz, former president of the Alexander von Humboldt Foundation, Germany’s leading funding organisation for the promotion of international academic research, stated that ‘Basic research may or may not lead to new technologies. Our safest bet in this gamble is to give our brightest minds the funding and freedom to dream big’. One could only wish that Australia’s politicians would read the entire article before making decisions on the direction of science policy. In this article, Professor Schwarz also tells a very relevant anecdote regarding an exchange between the 19th century British Prime Minister William Gladstone and the most famous physical chemist of the time Michael Faraday, the discoverer of electromagnetic induction, so important in electricity generation. When asked by Gladstone whether his research on electricity would ever be of any use, without missing a beat Faraday replied, ‘One day, Sir, you may tax it’.

In addition to the detrimental science policy proposed by the minister in his Letter of Expectation, a few weeks later, on Christmas Eve, the ARC published on its website the fact that the minister had vetoed six ARC-approved grant applications, all in the humanities. This was after he had held up the publication of grant outcomes for over a month, leaving researchers all around Australia who depend on grant funding for their salaries in doubt as to whether they still had a job in a week’s time. This amounts not only to contempt of all researchers who invest their time and energy in the ARC’s lengthy and meticulous peer-review process but also to heartless treatment of many of Australia’s finest minds. Although the vetoed grants were all in the humanities, there is no reason why the same fate could not befall an application in the sciences. Such political interference in the approving of grant applications needs to stop.

Returning to the minister’s Letter of Expectation, he requests that the CEO of the ARC ‘develop clear guidance for researchers so that they use simple and easy-to-understand language to identify in their applications the potential gains and practical outcomes from their proposed research and its likely contribution to the national interest’. Such a request would not be necessary if the minister left it to the ARC’s chosen reviewers and its Colleges of Experts to assess the applications. However, he not only wishes to be able to veto approved grants; in his letter, he also asks that representatives from industry be included on the ARC’s Colleges of Experts. Industry representatives are not qualified to assess applications in basic research. Research of the highest standard, worthy of funding by the ARC, is not always easy to understand. That is why the ARC recruits the help of experts.

In chemistry, Australia has only had a single Nobel Prize Winner, Sir John Cornforth, a graduate of the University of Sydney, who in 1975 won the prize for ‘work on the stereochemistry of enzyme-catalysed reactions’, although he carried out all the work for which he won the prize in the UK, not Australia. In their press release announcing the prize, the Nobel Foundation stated that ‘This subject is difficult to explain to the layman’. Fortunately for Sir John, Minister Robert wasn’t on the selection committee. The understanding of the mechanisms of enzyme-catalysed reactions, however, has been crucial to the development of modern drugs; for example, the statins, which inhibit the enzyme HMG-CoA reductase in the cholesterol biosynthetic pathway, are the most-commonly used drugs for the prevention of cardiovascular disease. In economic terms, the statins generate multi-billion-dollar sales each year for the pharmaceutical industry. It’s hard to judge what scientific advances and economic benefits might be lost to Australia through political interference in the grant approval process. The minister needs to do an about-turn before he does irreparable damage to Australia’s research efforts and to our standing internationally.

Ron Clarke FRACI CChem is Associate Professor at the School of Chemistry, University of Sydney. 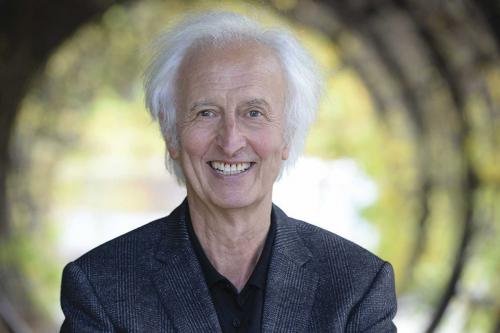 It’s hard to judge what scientific advances and economic benefits might be lost to Australia through political interference in the grant approval process.