This story begins with a close friend of mine, who had been unwell for some time. He became very weak, and his family insisted on taking him to hospital. A day of testing culminated in the diagnosis of Addison’s disease. My friend was on the brink of a medical crisis, and his family probably saved his life.

I would like to share with you what I have learned and now appreciate about Addison’s disease and the powerful chemistry of the endocrine system.

Most medical sources classify Addison’s disease as a rare condition, affecting 1 in 100 000 people, affecting males and females equally but more prevalent in the 30–50-year age group. It can go undetected for some time and is often suspected in people who fail to recover from minor illnesses easily or, more dramatically, have an adrenal (Addisonian) crisis (see below). Debilitating symptoms of the disease include nausea, fatigue, anorexia, anaemia, vomiting and low blood pressure.

Addison’s disease is caused by the altered function or deterioration of the adrenal glands. These two small glands – one ‘capping’ the top of each kidney and weighing 1.5–2.5 grams – are an important component of the body’s endocrine system, which also includes the hypothalamus, pituitary, thyroid, parathyroid, pancreas and ovaries/testes.

The endocrine system regulates cellular and organ function to maintain a constant internal environment, which is critical for the body to operate.

To achieve this environment, the endocrine system regulates and coordinates, among other things:

The endocrine system affects distant target organs by secreting messenger molecules (hormones) directly into the bloodstream. Hormones have a wide variety of structures, in the form of proteins/peptides, steroids or amino acid derivatives.

Cortisol is important for muscle function (including cardiovascular function), and a deficiency can result in muscle weakness. The lack of cortisol causes food to move more slowly through the gastrointestinal system, and reduces iron and vitamin B12 absorption. Appetite decreases, which, coupled with gastrointestinal dysfunction, often results in weight loss. Cortisol is important in glucose metabolism, so reduced levels disrupt several metabolic pathways, and blood glucose can become dangerously low (hypoglycaemia).

In primary adrenal insufficiency, both cortisol and aldosterone production are affected. This can increase potassium (hyperkalaemia) and decrease sodium (hyponatremia) in the blood. Coupled with the associated dehydration, and left untreated, these changes can have serious health consequences.

An Addisonian crisis may present as sudden loss of strength, pain in the lower back, abdomen or legs, vomiting and diarrhoea, low blood pressure and fainting. If untreated, it can lead to life-threatening shock, seizures and coma. In these cases, administering water too quickly may be harmful: ‘water poisoning’ can occur because the loss of cortisol impairs the ability of the body to expel water. It is understandable that people with Addison’s disease, faced with so many health issues, are prone to mood changes and depression.

When adrenal cortex cortisol production is compromised, the pituitary gland, as part of a feedback loop, produces more ACTH to compensate. Another effect of these elevated levels is skin darkening because the body recognises the ACTH as melanocyte-stimulating hormone (MSH). This is because a 13-member amino acid sequence in ACTH's structure corresponds to that of MSH.

Melanocytes are melanin-producing cells and are the reason for the colour of moles, freckles and suntans. They have an important role in protecting the skin from ultraviolet radiation. Very high levels of ACTH in Addison’s disease act like MSH, increasing melanin deposition and skin pigmentation. In fact, early in the disease people may actually be pleased because they lose weight and have a nice suntan, without any effort or the risks associated with excessive sun exposure. However, this is not a good way to get a tan because patients eventually become ill and may die if medical treatment is not sought.

The good news is that Addison’s disease can be treated effectively and inexpensively. Cortisol was isolated in 1949 and it was deemed a wonder drug, although we know now that too much can be harmful.

Either cortisol or cortisone can be taken orally (cortisone is biologically inactive and converted by the body to cortisol). Synthetic alternatives such as dexamethasone can be used, but since such compounds only have glucocorticoid activity, a synthetic mineralocorticoid such as fludrocortisone must also be taken for secondary insufficiency, where aldosterone production has been compromised. People with Addison’s disease must increase their glucocorticoid dose accordingly (but not the mineralocorticoid) during stress to avoid severe illness.

My friend is following this medical regimen (basically two tablets a day) and the transformation has indeed been wondrous: he is regaining weight, energy and the zest for life.

Alf Larcher FRACI CChem (larcheralf@gmail.com) is a petroleum, environmental and industrial chemist with an occasional urge to write science articles. This is an overview of Addison’s disease from a chemist’s viewpoint and not should not be used as a basis for treatment of any medical issues. In such cases, consultation with a relevant medical professional is advised.

Two of a kind: the adrenal glands

The adrenal glands are often called the ‘fight-or-flight’ glands because they secrete hormones necessary to maintain the body’s constant internal environment under physical stress. An adrenal gland comprises two functional parts: the larger outer cortex (accounting for 90% of the weight) and the inner medulla. The adrenal glands are essential for life; if they are removed (e.g. by surgery to remove tumours) or destroyed (e.g. by disease), perpetual replacement therapies must be administered.

The adrenal cortex has three layers or zones, which make and secrete steroid hormones derived from cholesterol. The only other organs that synthesise steroids are the ovaries/testes, which make the sex steroids. The outermost layer, the zona glomerulosa, synthesises steroids such as aldosterone, a so-called mineralocorticoid because it stimulates renal retention of sodium and promotes secretion of potassium. As water retention/expulsion processes are involved, the processes affect blood volume and pressure.

The middle and thickest layer, the zona fasciculata, manufactures a group of glucocorticoids, the major one being cortisol (known as hydrocortisone when used as a medication). As their name suggests, these steroids help the body to maintain adequate glucose (energy) levels by regulating glucose synthesis and uptake. They are activated when the body is in a fasting state and in extreme cases can promote protein breakdown to provide the body energy. The zona fasciculata is part of a feedback loop. Its primary response is to adrenocorticotropic hormone (ACTH), which is a polypeptide of 39 amino acids secreted by the anterior pituitary gland. In response to ACTH, the zona fasciculata releases cortisol into the bloodstream so that the target concentration is reached. In times of stress (e.g. surgery, illness, strenuous exercise), the pituitary gland releases more ACTH, and the resulting release of cortisol stimulates metabolic pathways that increase the availability of glucose to the body. A significant physiological stress in women is pregnancy, where cortisol levels rise several times above normal. Mineralocorticoids and glucocorticoids can over overlap in biological activity by interacting with each other’s receptors.

The innermost layer of the adrenal cortex, the zona reticularis, is the thinnest and makes adrenal androgen for both men and women. The predominant sex steroids produced are the weak androgens dehydroepiandrosterone and androstenedione, which can be converted to more potent androgens, such as oestrogen and testosterone, although in men this hormone is mainly made in the testes.

The inner portion of the adrenal gland, the medulla, synthesises catecholamines such as adrenaline, which is important in the body’s response to stressful physiological situations. Catecholamines play an important role in the body’s fight-or-flight response by, among other things, increasing heart rate, which increases blood flow to the muscles. 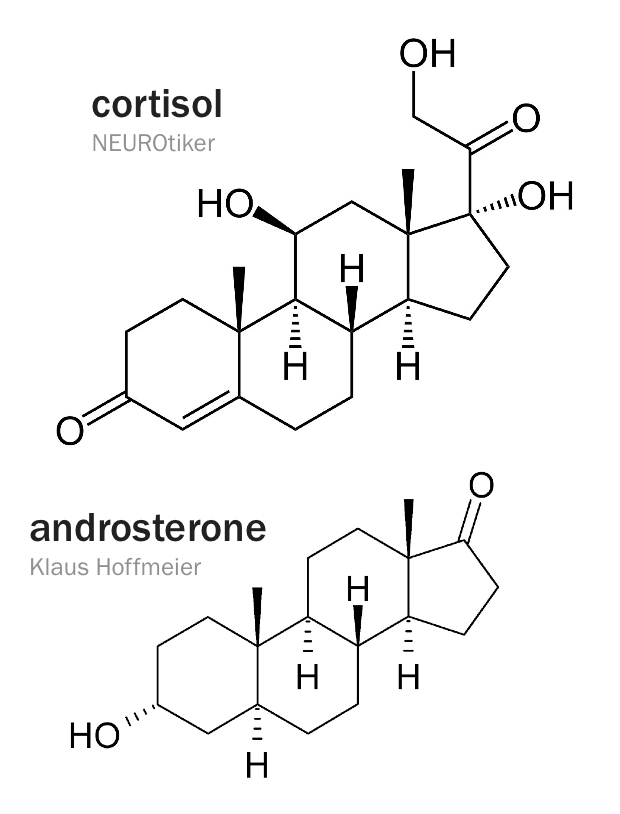 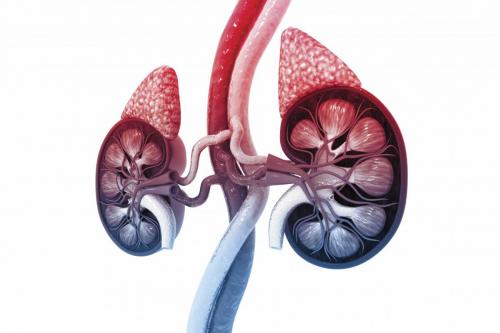 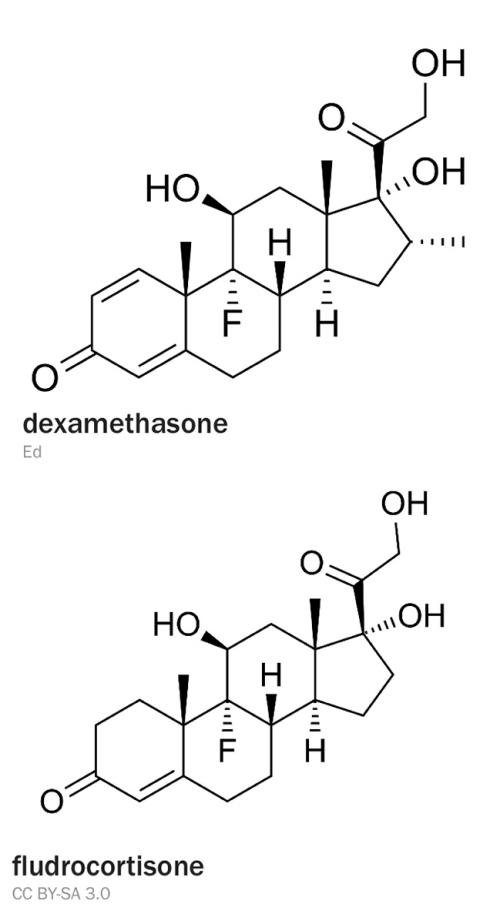 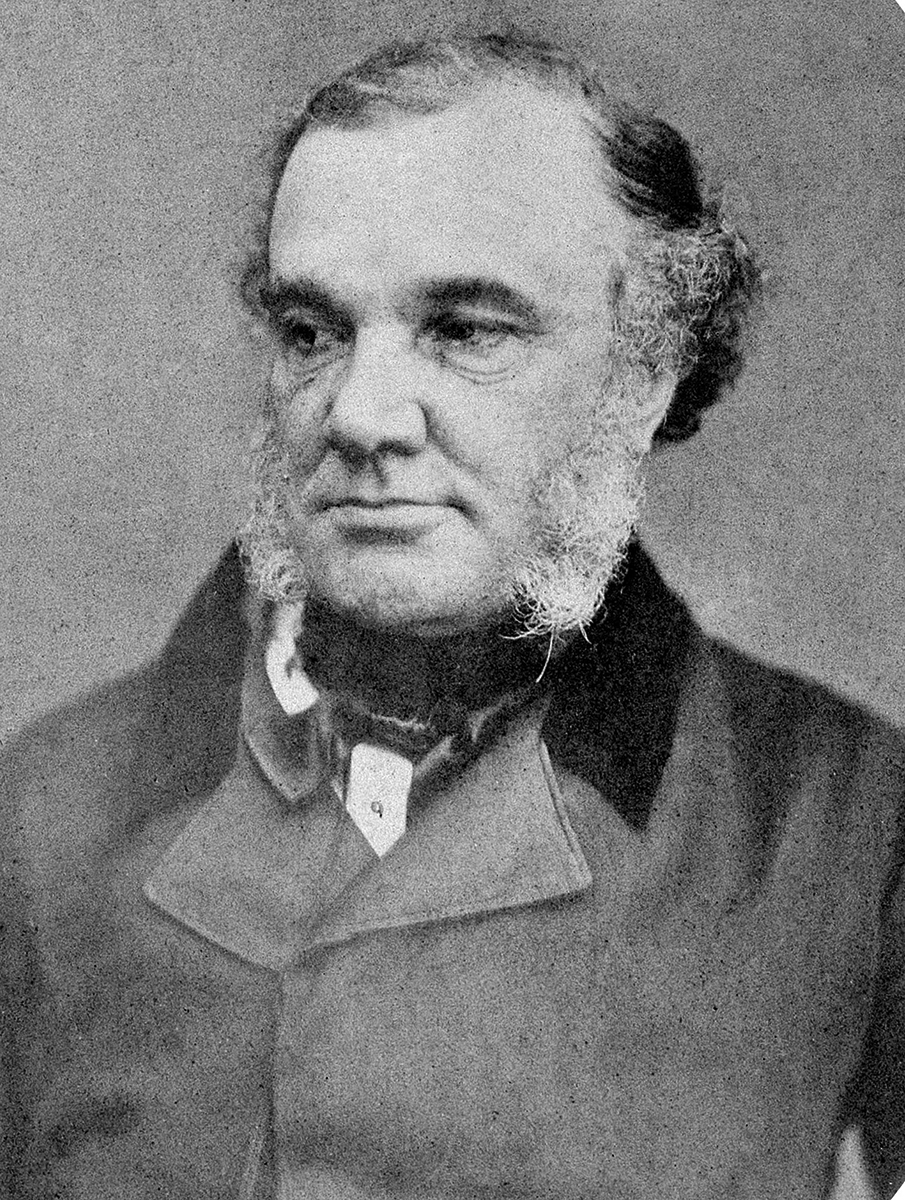 Thomas Addison received his medical degree from the University of Edinburgh and was appointed as a physician at Guy’s Hospital, London, in 1817. Addison meticulously recorded all details of patients’ symptoms during their illnesses, including detailed post-mortem examinations. His immediate interest on commencing at Guy's was to study skin disease, particularly in a group of patients with unusual skin darkening. Post-mortems on unfortunate individuals who had not survived the associated disease showed ‘diseased suprarenal capsules’. These patients had displayed the symptoms that we now know are typical of Addison’s disease.

Addison’s findings promoted further interest in the adrenal glands, with Oliver and Schaefer discovering and isolating adrenaline (epinephrine) from the adrenal medulla. Oliver conducted experiments with animals and, unbelievably, his young son; he found that subjects injected with the new substance showed a rapid increase in blood pressure. These experiments led to the landmark experiments in 1927 of Stewart and Rogoff with (sometimes unfortunate) dogs. By administering canine adrenal gland extracts, they were able to extend the lives of dogs that had their adrenal glands removed, and otherwise would not have survived, showing the adrenals were vital to life.

Progress in adrenal gland function then progressed rapidly, culminating in the 1950 Nobel Prize for Physiology or Medicine for chemists Edward Kendall and Tadeusz Reichstein along with physician Philip Hench. Kendall and Reichstein’s independent teams isolated and proved the structures of several steroids, including aldosterone. At the traditional Nobel Laureate speech, Hench richly acknowledged the contribution of his chemical co-laureates:

I, a physician, am delighted to stand here with two distinguished chemists, Drs. Reichstein and Kendall. Perhaps the ratio of one physician to two chemists is symbolic, since medicine is so firmly linked to chemistry by a double bond. For medicine, especially during the past twenty-five years, has been receiving its finest weapons from the hands of the chemists, and the chemist finds his richest reward as the fruits of his labor rescue countless thousands from the long shadows of the sickroom.

John F. Kennedy was plagued with bad health for most of his life, and while in London in 1947 he once again became ill. He was rushed to hospital with fever and vomiting and was diagnosed with Addison’s disease. Luckily for him, cortisone had just been discovered and he became a guinea pig for the new treatment.

The effect of JFK’s health on his political career is much discussed – particularly his tanned skin, which gave him a healthy appearance and set him apart from his political adversaries. Whether this is due to his time in the sun – he was fond of sailing – or Addison’s disease will probably never be known.

Research and the development of new treatments for Addison’s disease is continuing with FDA approval being sought this year for an auto-injector platform (similar to an EpiPen) developed by Antares Pharma. It is designed to quickly deliver a liquid-stable formulation of hydrocortisone for immediate treatment during an adrenal crisis.

Synthetic alternatives to cortisol such as dexamethasone can be used ... and a synthetic mineralocorticoid such as fludrocortisone must also be taken for secondary insufficiency, where aldosterone production has been compromised.