Wine in a can, perhaps?

ABC Rural News posted an article in December 2020 that addressed the uptake of wine in 250 mL aluminium cans (https://ab.co/33fbab8). The uptake would appear to be driven by people in the 25–34 age bracket. This market group is well known for seeking new approaches that challenge many traditions, such as ‘wine is only OK if stored in glass’. The sleek can shape plus the images that may be printed on the can give the product attributes that are attractive to this age cohort (see Wine Australia’s market bulletin at bit.ly/2Rkxpdg). Using cans for wine has some environmental appeal, with high recycling rates and a lower carbon cost associated with transport.

When using an aluminium can to store wine, it is essential to isolate the wine from contact with the aluminium: we showed many years ago that wine is a highly effective ‘solvent’ for aluminium (Am. J. Enol. Vitic. 1992, vol. 43, pp. 166–70). A synthetic liner, preferably a thermoset polymer, is now widely used. This liner gives what Professor Gavin Sachs of Cornell University calls a ‘plastic bottle with a super thin wall’.

Cans, if filled and sealed properly, have essentially no oxygen ingress, even via the ring-pull closure. This means that wine oxidation is not a problem. Flavour scalping – removal of flavour compounds by the liner – is minor, if it occurs at all. Tainting, or flavour change resulting from interaction between wine compounds and the liner, is also essentially non-existent, with one major problem.

The problem is the production of hydrogen sulfide and some other organo-sulfur off-odour compounds in the wine during storage, and this is where the detailed chemistry comes to the forefront of research. Intriguingly, the sulfidic off-odours are perhaps more common in white and rosé wines and less common in red wine. White and rosé wines are generally at a lower pH than red wines, resulting in a higher proportion of the sulfur dioxide being present in the molecular (SO2) form.

Dr Eric Wilkes MRACI CChem and Neil Scrimgeour of the Australian Wine Research Institute (AWRI) recently published the results of a benchmarking study on 16 canned wines (Grapegrower and Winemaker, March 2020, pp. 68–71). Over a five-month period, most of the wines exhibited a significant increase in the aluminium concentration, despite the presence of a protective liner. Examination of the inner surface of the cans by scanning electron microscopy demonstrated the presence of pitting on the inner surface, thus providing a pathway for leaching aluminium into the wine. Many wines showed an increase in the H2S concentration, at times considerably higher than the aroma perception threshold of 1.1–1.6 µg/L, as confirmed by a bench tasting exercise.

Wine composition is inherently variable, as are the practices of filling the can and the headspace volume remaining after filling. This creates difficulty when trying to interpret the observations of the 16-can trial in terms of individual wine components. To examine the individual components, the AWRI group established a trial using one wine with variations in pH and SO2 concentration. In addition, chloride was varied as this can affect degradation of the inert oxide layer on the surface of the aluminium. Copper(II) was also used because it is now known that this can act as a store or reservoir for sulfide (doi.org/10.1111/ajgw.12450). The amount of oxygen in the sealed can, known as total packaged oxygen (TPO), was also examined.

Any Al3+ released would most probably bind immediately to tartrate and, based on our 1990 unpublished data, be essentially sequestered and not available for further reaction.

This equation does not consider the role of copper(II). Recent AWRI results show that if copper species are removed from the wine by using crossed-linked polymers before adding aluminium metal, there is an obvious lowering in H2S production with respect to the controls. Clearly, there is a lot more work required to understand the complex interactions that are occurring in the production of H2S.

The AWRI research is part of an international effort with Cornell University and Enartis, a US-based company that provides support for the wine industry worldwide. Enartis recently hosted two webinars (bit.ly/3nK8vzA and bit.ly/3egCHPT) on canned wine. There is a lot of great information here. For example, Professor Gavin Sachs of Cornell University is working on film composition and its link to H2S production. More will come out from this work in the future.

﻿Geoffrey R. Scollary FRACI CChem (scollary45@gmail.com) has been associated with the wine industry in production, teaching and research for the last 40 years. He now continues his wine research and writing at the University of Melbourne and the National Wine and Grape Industry Centre at Charles Sturt University. In writing this article, I acknowledge the considerable help given by Dr Eric Wilkes of the AWRI. 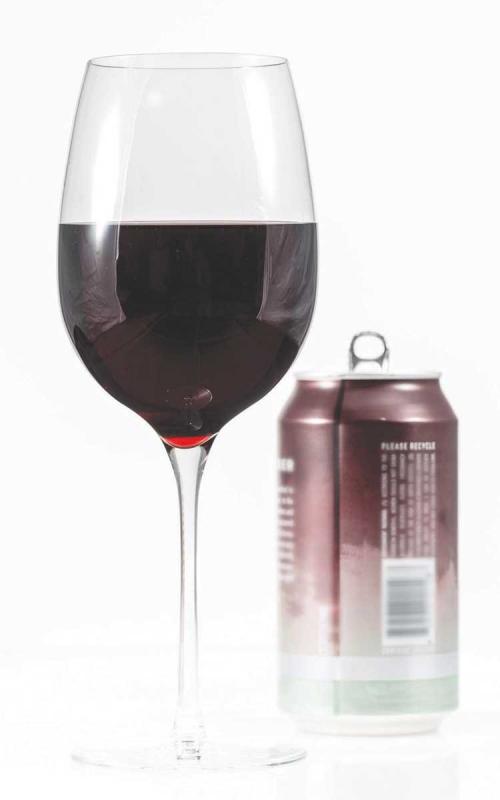