It’s nitrogen all the way

When I use a product containing a named chemical, I like to check the molecular structure, and this sometimes leads me on a search for other chemical substances with similar structures or incorporating similar functional groups. The one that started this reverie is chlorhexidine, a topical antiseptic that is marketed under many names and can be a minor constituent of mouthwashes and toothpastes. The story of its discovery makes interesting reading because it involves one of the masters of the art of making organic chemicals with marketable properties, Frank (Francis Leslie) Rose (1909–1988), who worked in the dyestuffs division of Imperial Chemical Industries, near Manchester. Rose and his colleague Frank Curd (1909–1948) were among a group of dyestuffs chemists who were transferred in 1936 to the new Medicinal Chemicals Section, the precursor of the Pharmaceuticals Division that was formed in 1954.

Finding drugs to treat malaria was one of the aims of the section, and Rose and Curd found some activity in derivatives of 2,4-diaminopyrimidine, of which they synthesised a great number. As the structures piled up, each one guided by hopeful signs of biological activity, they began to wonder if the really active part of their molecules was the guanidine residue embedded in their pyrimidines and whether they could dispense with the rest of the pyrimidine skeleton and still have an active drug. One of the best candidates had a second guanidine residue and, probably reasoning that two guanidines would be better than one, they synthesised a number of bisguanides, among which was the successful antimalarial drug Paludrine.

Some of the ICI team’s bisguanides turned out to have bactericidal properties, and that led them to chlorhexidine, which, as you can see, is closely related in structure to Paludrine. As with many bio-active substances that have served us well over the years (at least six decades in this case), concerns about chlorhexidine’s effectiveness and toxicity, especially carcinogenicity, have begun to restrict its use and it could soon go the way of once-common substances like phenacetin.

Quite independently, another bisguanide entered the pharmacy in the mid-20th century – metformin, which is used for the control of type 2 diabetes. Its story starts in medieval times, when it was known that the frequent urination we now identify as a consequence of the lack or malfunction of insulin could be relieved by extracts of the seeds of the European plant Galega officinalis, known as French lilac, goat’s rue or Italian fitch (shown here). The active ingredient galegine was identified in 1914 and a decade later it was shown to be isoamylene guanidine. Guanidine itself and simple derivatives like galegine were unsuitable for therapeutic use, but they were good leads for further investigations that led, in mid-century, to several bisguanides. Metformin, has been widely used by people with diabetes, and taking it is also touted as a way to improve one’s ‘health span’. Research on this is difficult to conduct, but some enthusiasts are taking a gram each day. One writer noted, however, that ‘hundreds of drugs that work in mice never make it into humans’ and that he doesn’t take metformin ‘because I’m not a mouse’. 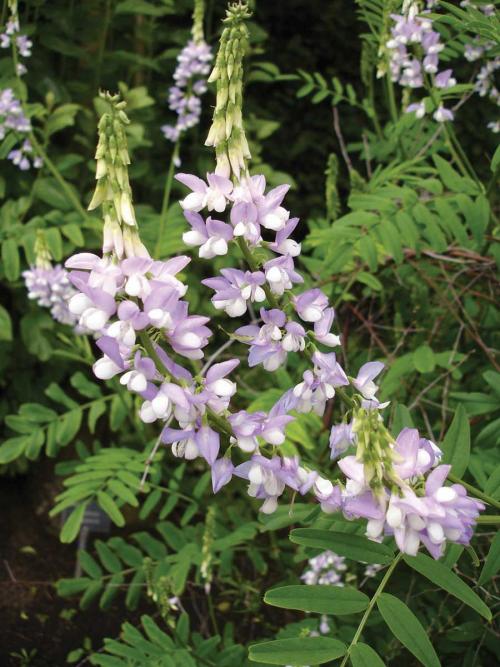 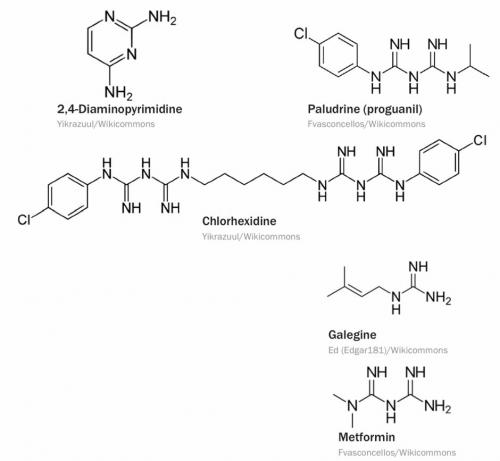