Hydrogen: a new hope for the future

It was nearing the end of 2011, meaning the end of my Honours research program, and I still didn’t know what to do next. I studied chemistry, environmental science and sustainability because I wanted to learn more about the amazing planet we live on, but more than anything I wanted to know what I could do to build an even better future for people and the environment. Three years into this journey and no closer to knowing, I had lost hope.

I don’t think it was a single moment where I lost hope, but an accumulation of them. Like seeing global pollution and carbon emissions track above the worst-case scenario described by climate scientists, watching global leaders deny and attack the science and scientists, hearing every day that more forests were being cleared and burnt all over the world. It felt as though we were in a car speeding towards the cliff edge and no amount of screaming and hand-waving would deter the manic drivers. It was an unhappy time, I felt as though I was living in the shadow of inevitable crisis. And, like an overlooked piece of string clogging up the wheel of a shopping cart, hydrogen innocently lodged itself into the story of my life, changing it forever.

But the submission of my Honours thesis meant that I had to make a move, and just in time, hydrogen found me. I was invited to one of my professor’s office, and offered a PhD project working on hydrogen energy technologies. I was initially cautious, as I didn’t really know that much about the topic. But I was a researcher faced with too many unknowns, so I made a hypothesis and tested it. My hypothesis was ‘I will have a positive impact on the future by doing this work’. And in testing this question, hydrogen gradually revealed its simple elegance, and a new hope for the future began to grow.

I decided to take on that PhD project, and have spent the past seven years working on hydrogen energy technologies. Hydrogen is not a perfect panacea, nothing is. But hydrogen planted a seed of hope that has become a sapling. And with the recent return of hydrogen to the mainstream stage, that sapling grows day by day. I now believe that, working together, we will overcome the deep challenges facing us and enter a new phase in our development as a global community; the Hydrogen Age.

Krystina Lamb is a researcher at Griffith University working in renewable energy and hydrogen technologies. She completed an undergraduate in Chemistry, Honours degree in Environmental Chemistry, and a PhD in Physical Chemistry. Her main focus is on the development of technologies for a new renewable industry based on hydrogen energy technology. She is based in Brisbane, and enjoys collaborating with her colleagues in the Queensland Micro- and Nanotechnology Centre. 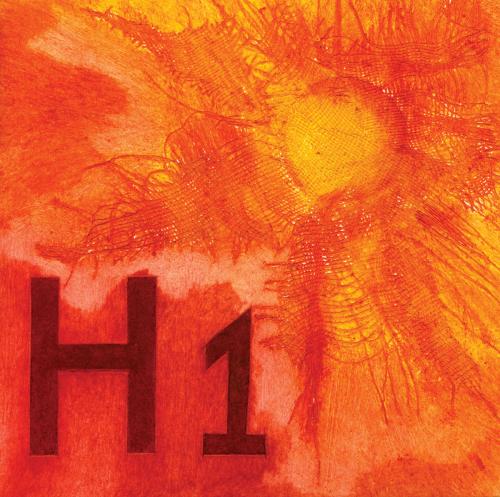