A long-standing debate on the colonisation process of Oceania has been put to rest with new research finding that Polynesia was deliberately settled in one of the greatest maritime migrations in human history.

The University of Queensland research used chemical fingerprinting on stone tools to show that sailors travelled throughout the Polynesian islands for several centuries after colonisation.

University of Queensland School of Social Science researcher Professor Marshall Weisler said tools were taken to the Cook Islands from across the eastern Pacific from as early as 1300 CE.

‘Early Polynesians were mariners at the top of their game, bringing all the necessary items to settle and found a new colony,’ he said.

‘By geochemically fingerprinting exotic stone artefacts from a well-dated archaeological site in the Cook Islands, we have demonstrated that the geographical voyaging network extended beyond the Cook Islands to include the Austral, Samoa and Marquesas archipelagos – up to 2400 kilometres in distance.’

The research found that voyaging between the Polynesian islands lasted from about 1300 to the 1600s, suggesting that long-distance interaction continued to influence the development of social structures in east Polynesia well after initial colonisation.

Fieldwork for the study was directed by Professor Patrick Kirch (University of California, Berkeley), and conducted on Mangaia Island in the Southern Cook Islands. It was here that the tools – stone adzes – were found at the Tangatatau Rockshelter.

‘We’ve been able to show that the Tangatatau site was occupied around mid-1200s, and there were several hundred years of post-colonisation interaction,’ Weisler said.

‘This provides very solid evidence that not only was settlement purposeful, people were maintaining interaction after colonisation by sailing to all these distant archipelagos,’ he said.

Weisler said stone adzes were commonly found in most archaeological sites throughout the region.

‘It was used for shaping canoe hulls, bowls and other artefacts, felling trees for forest clearance, and fashioning planks and posts for house construction, and was an essential tool in Polynesian societies,’ he said.

‘Ownership of an adze from a distant island such as the Marquesas could have been a status symbol, but this tool was probably not the only item of high significance that was traded.

‘They would be bringing perishable items, marriage partners and other things that don’t preserve archaeologically.’

Weisler said the trading showed the colonies were part of an integrated society, suggesting that boundaries between west and east Polynesia may not have been as rigid as previously thought. 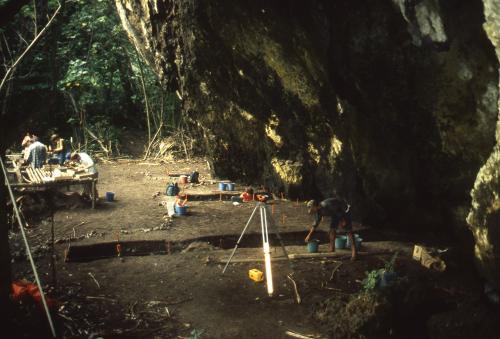 Excavations at the Tangatatau rock shelter on Mangaia Island. 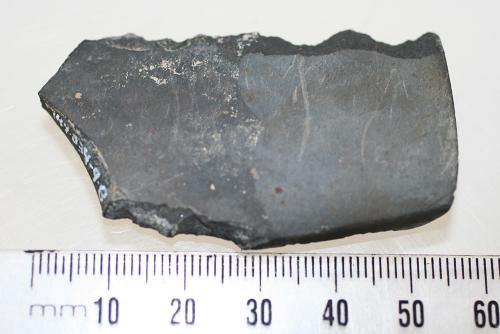