Are LNG exports more valuable than the chemical industry?

At the time of writing, there is political consensus that Australia’s 2030 emissions of carbon dioxide should be significantly lower than the emissions level of 2005. The present government’s target is for a 26% reduction while that of the opposition is over 30%.

Since 2030 is only 15 years away, it is worthwhile to consider the amount of carbon dioxide emission increases that are locked into the economy and consider the impact of this on the chemical and other process industries.

While most commentaries focus on electricity generation and the emissions from coal-powered generation, by 2030 most of the carbon dioxide emissions will be from electricity generation using natural gas. This will result from two major ongoing developments in addition to those already in use. One is the increasing use of gas generators as a back-up for the planned expansion of renewable generators (wind and solar) and the other is for power generation to produce LNG for export.

Both of these developments use gas in the open-cycle generation mode, which is not very efficient. This is because the higher efficiency combined-cycle mode cannot respond quickly to act as a back-up generator and the capital cost is too high for the LNG export business. Open-cycle gas turbine systems have lower efficiency than modern coal-fired plants and only marginally better than the newer Loy Yang generators in the La Trobe Valley.

Over the next 15 years, Australia could become the world’s largest producer of LNG. Major operations planned for the north-west of Australia will considerably add to the facilities already there. Facilities in Darwin are set to expand and three very large facilities will commence production using coal seam gas in Gladstone by 2016.

The production of LNG is a physical separation process that requires large-scale cryogenic cooling of large volumes of gas to –162°C. This refrigeration requires the generation of electricity, which is performed on-site using part of the gas stream. While the refrigeration cycle is very efficient (over 90%), the complex as a whole operates at a thermal efficiency of typically 85%. This efficiency is higher than for chemical processes (such as methanol production), which are typically 75% efficient for the process and 65% for the facility as a whole.

Despite this relatively high efficiency, the enormous scale of the LNG facilities will generate and emit large volumes of carbon dioxide from the power generation required. For most LNG operations, this emission is supplemented by emissions resulting from producing and cleaning the gas prior to LNG production. This principally involves removing carbon dioxide from raw natural gas. In most cases, this carbon dioxide is emitted to the atmosphere. For the Gorgon project (which contains 15% (v) carbon dioxide in the raw gas), this carbon dioxide is captured and injected in deep strata below Barrow Island. For coal seam gas, further emissions arise from fugitive emissions of methane (which has 22 times the greenhouse potential of carbon dioxide) and, because the gas is produced at low pressure, the compression of the gas for piping to the LNG facilities at Gladstone.

Current and upcoming LNG projects are given in the table. Using a value of 0.462 tonnes carbon dioxide per tonne of LNG for the emission from the power generation to make LNG shows that these projects, when completed in 2020, will emit in the region 35 million tonnes of carbon dioxide (MtCO2e) and by 2030 this emission could be 60 MtCO2e.

Australia’s 2005 total carbon dioxide emissions was about 535 MtCO2e. If this is to be reduced by 25%, then the target total emissions will be about 400 MtCO2e. If in 2030, LNG development goes as planned, then this will result in emissions of at least 15% of the total. In order to achieve the target, the non-LNG part of the economy will have to cut CO2 emissions by 36% based or a national target of 25% reduction on 2005 levels. For a 30% target, the reduction required would be over 40%.

The requirement for gas generators for back-up power in the electricity generation sector will increase as the penetration of wind and solar generation increases. Furthermore, there is a widespread view in the industry that the gas required for this duty is just not available, so that many of the coal-fired generators will still be required in 2030 to ensure an enduring electricity supply.  It is highly unlikely that there will be significant cuts to emissions in the transport sector in the next 15 years, especially the fastest growing part of air travel. The upshot is that a large portion of the emission reduction will have to come from other sectors, including the chemical process industries.

This can be achieved in two ways. The first would require the closure of a significant portion of the chemical process industry, ending domestic production of fuels, polymers, fertiliser and other energy-intensive industries. To date there has been no economic analysis to show that the overall result will be beneficial.

The second method is to allow the purchase of carbon emission credits from developing nations that have generated credits under the UN Clean Development Mechanism (CDM) or a similar carbon-trading scheme.

Whether or not international trading of CDMs and the like would be allowed in any new international protocol is a moot point. If the purchase of these credits is allowed, then those industries that could afford them could still continue to operate. Ideally this should also apply to the LNG export industry but this industry has been very successful in arguing that it should be exempt from carbon emission restrictions.

One aspect of carbon permit trading that has not been addressed is that since China (a developing centrally planned economy) generates a substantial number of CDM certificates, then companies owned by China could have a ready access to CDMs not available to their competitors in Australia. How the politics of this would pan out is anybody’s guess. 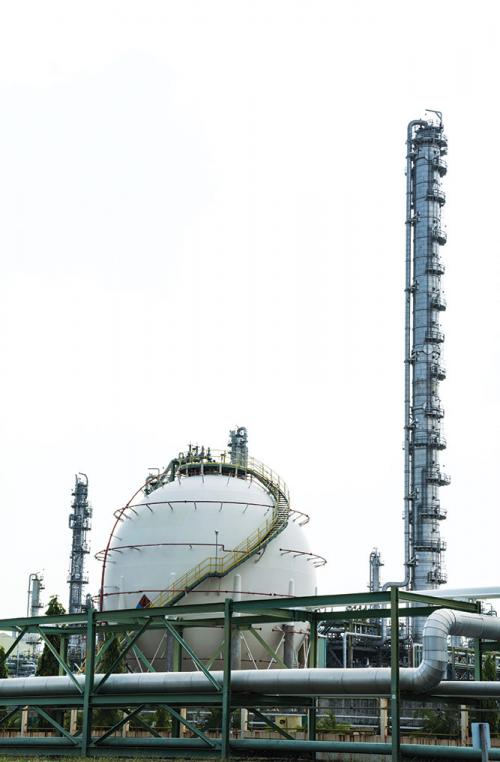