Shining STARS in the career stakes

Telling your story using the powerful STAR formula is all it takes to boost success in job interviews.

Interviews are pretty much the worst way to select new candidates … apart from all the other ways.That might be a blatant paraphrasing of the famous Churchill quote, but the whole interview process is truly fraught. Myriad studies show how interviews are flawed: from unconscious bias to inconsistency in questioning, ‘halo’ or ‘horn’ effects, stereotyping and many other problems. More than one study has shown that the outcome of interviews may be determined in the first seconds of meeting. Your fate might be decided before you even sit down.

Regardless, graduates today can expect to have many jobs over the course of their careers. Most will have many different careers over their lifetimes. And collectively that means plenty of interviews in your future. So developing good interview techniques and an understanding of how you will be evaluated are two very powerful ways to improve your chances of success in getting the jobs you want.

This is what the manager, recruiter or HR person is trying to achieve: they want to find a person who can do the job, will add something to the business, will ‘fit’ with the organisation quickly, and won’t create new problems (such as personality difficulties) that will take up more of their time.

They only need one great candidate, but how can they winnow the field? Resumés and cover letters give very little truly useful guidance – not least because a percentage of those resumés are going to contain a range of big and little ‘exaggerations’.

After a shortlist has been made, aptitude and psychometric testing might help to some extent, but that’s time consuming and expensive.

For most organisations with limited time and resources that just leaves the interview. That interview has to be as ‘standard’, fair and perceptive as possible. It has to interrogate hard skills, but just as importantly it has to make judgements on a range of factors that can be only loosely defined. So most interviewers will use a range of techniques to learn about the candidate, foremost among which is the practice of behavioural-based interviewing.

The benefit to you as the candidate is that you get to talk about your experiences in the best possible light, and in your own words. This isn’t just your experiences in career positions, but also at university, in your volunteer work, and in the jobs that you have taken along the way. With choice of which stories you tell, you have a measure of control over the interview.

Situation: Describe a situation you were in or task you needed to accomplish.

Task: What goal were you working towards?

Action: Describe actions you took to address the situation. What specific steps did you take and what was your particular contribution?

Result: What was the outcome of your action, what did you accomplish?

The point is that you are going to tell a story about yourself that helps the interviewer understand you better. How do you think? How do you respond to challenges? Are you innovative, entrepreneurial? Are you engaged, committed? Do you take personal responsibility for outcomes, even if it’s not in your job description? Do you work collaboratively? Do you learn from your mistakes?

When you look at that list, you can see that it is about how you walk through life, regardless of whether you’ve even ever worked in a professional/career environment. Taking responsibility, being entrepreneurial and getting along with others when under pressure can happen as well at a supermarket as it can in an R&D lab.

Moreover, you can plan ahead. Just as comedians don’t think up their jokes on stage – even for the ‘spontaneous’ audience interactions – you can think about the stories that speak to your behaviours long before the interview. You can plan the basics of your stories under the STAR structure, and then just ‘riff’ off those ideas in the interview as you respond to the question variation that you actually get asked.

Start by thinking of some examples when you did something out of the ordinary. When did you earn praise? When did you stand out from your colleagues? When did you think to yourself, ‘I did really well there’? What have you done that you are proud of?

Then step through the four letters of the acronym. Build a story, and write it down. Use action verbs – I arranged, I accomplished, I achieved, I completed, and so on. Talk about your own contribution, even if that was as part of a team – use ‘I’, not ‘we’.

Be specific in your answer. This is the task I needed to do. Don’t use generalisations. Quantify your outcomes if you can. Be concise – don’t wander off into extraneous detail.

Say I am interviewing a graduate candidate whose only work experience is as part of a summer project at university. I ask her to ‘Tell me about a time when you had to go above and beyond to get a task done.’ Using the STAR structure, she replies:

[Situation] Last summer, I was one of three assistants working for the Supremium project at the New Element Research Centre at uni. The team was working on a critical experiment that would run continuously for a week.

[Task] The three assistant researchers were tasked with monitoring the equipment in shifts, collecting samples and doing immediate assays. As I could be more flexible than the others, I offered to take the night shift. In my downtime between samples, I was comparing my data to the other assistants’, and I found some anomalies that concerned me.

[Action] I decided to re-run both my own samples and those from the last two shifts. The data showed that my shift and the last both agreed, but that some of the assays differed from the morning shift. I then looked through his notes, and found what appeared to be a problem with his methodology. But since we were all still fairly new to this work, I still considered it possible that I could be wrong. So I waited after my shift, and spent a couple of hours working alongside the morning shift assistant so that we could figure the issue out together and make sure that we both had the answer right.

[Result] I was pretty pleased with the outcome. I felt a lot more confident on my next night shift, and I felt that I’d really played my part in some important work.

Consider the messages that this story sends to the interviewer. The candidate showed willingness to take on the less convenient shift, and she took ownership of ensuring the outcomes for the work. She was diligent enough to check and double check her work, and when she found a potential problem, she wasn’t dogmatic. She showed empathy for her colleague by not embarrassing him with his mistake, and she showed the dedication to take the extra time to get the outcome right. Every one of these are behaviours that would recommend her to any workplace.

By contrast, I once asked a student in a mock interview to describe a time when he had to work as part of a team to get a task done. He proudly told me about a time that his group of students had been asked to model three climate change scenarios. The team wanted to model zero change, a moderate and an extreme scenario. However, he insisted that it was pointless to do the zero model ‘because everybody knows that climate change is already significant’. The team completed the task and received a good mark.

Listening to that story, the two messages I received were that he was sufficiently intellectually arrogant that he wasn’t willing to even consider a position that differed from his view, and in a team scenario he would stubbornly refuse to cooperate until he gets his way. I don’t want either of those behaviours anywhere near my lab. So always stop and consider the subtext. Is your story conveying the message you intend?

Over the course of the interview, your aim is to be the best version of yourself – not misrepresenting, just offering an emphasis on your best qualities. Prior to your interview, consider the qualities that are required by the role, and what you have to offer. What makes you special? That’s something that you should know about yourself as a general policy in life.

Ultimately, the key to success in interviews lies in great preparation, open communication and your willingness to articulate what you offer. Do your research, use your networks, and you’ll be successful.

The RACI’s Career Development Programme offers a range of advice and support to young chemists: webinars, networking events, mentoring, lectures and workshops. The 2020 national mentoring program is open for applications (bit.ly/2mmEVVg). We welcome and encourage participation from students in their final year of study: undergrad or postgrad.

There are some simple things that you can get right or very, very wrong in an interview.

Your first inclination is probably to say no to the offer of a beverage at an interview – you don’t want to inconvenience your host. But consider saying ‘Thank you. A water would be lovely.’ Take every opportunity to be positive. Simple friendliness and openness will carry you a long way in an interview. Also, the giving and receiving of a small act of hospitality at the beginning of a relationship is a way of creating an initial bond. Most importantly, a glass of water is a really useful prop. You can pause, take a sip, and consider your response to a difficult question. In this way, you maintain your poise, rather than filling the void with a vacant ‘ummmmmm’. 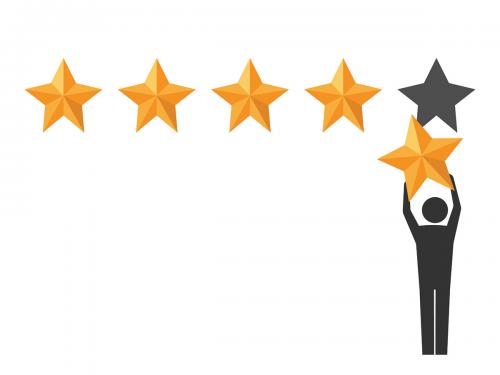