At about the time that I received the LEMCO cook book that I described in my last Letter (September/October p. 41), there were two other events that brought the extract of beef to my attention. The first was a move in 2017 to celebrate the sesquicentenary of meat canning by the Melbourne Meat Preserving Company on the banks of the Maribyrnong (then the Saltwater) River in the western suburbs of Melbourne. The proposed celebration came to nothing but by then, ever diligent, I had done the background research.

I thought the Melbourne company had manufactured the meat extract, but when I consulted an authoritative source – Keith Farrer’s A settlement amply supplied (1980) – I saw that only sheep were processed there, and that the beef industry was further north. Meat extract was manufactured by a Mr Tooth at Yengarie, near Maryborough in Queensland in the late 1860s, and by Charles Tindal at Ramornie, near Grafton, New South Wales. Both emphasised the importance of chemical supervision in their industry … and both were ticked off by LEMCO for illegally using Baron Liebig’s name in the designation of their products.

The second event to come to my attention was the publication of a history of LEMCO, written by Professor Lucia Lewowicz, a historian and philosopher of science at the University of the Republic in Montevideo, Uruguay. When she visited the abandoned site of the meat works, where many of the old buildings remain, she was surprised that nobody had taken any interest in its history. Nor could they explain to her why there was a bust of the famous German chemist at the site. These oversights she set out to rectify.

The business, Société Fray Bentos, Giebert et Compagnie, was founded in Belgium in 1866 by German engineer George Christian Giebert and decided to establish their works on land owned by August W. Hoffmann in the newly formed Republic of Uruguay. This was Fray Bentos, on the Uruguay River about 300 kilometres north-west of Montevideo, close to the Argentine border and 160 kilometres north of Buenos Aires that lies on the other shore of the Rio de la Plata across from Montevideo.

Giebert was obviously well-connected to German chemists, since he was also personally known to Liebig. It was from Liebig that they got the process details and permission to use his name on the product, and the company name soon changed to Liebig’s Extract of Meat Company Limited (LEMCO). Because so much company information was in German, Lewowicz (whose native language is Spanish) spent some time in Germany learning the language while she dug into archives in Giessen and Altona (a suburb of Hamburg), following those visits with time in Antwerp and Port Sunlight in England, home of Unilever.

Her book is written in side-by-side columns of German and English, and contains some wonderful photographs. These include some of the colourful postcards in which the company advertised its products. In England, I had purchased the one shown here, and I offered it to Lucia for her archive. She declined gracefully, saying that she already had thousands, but she was pleased to receive that battered copy of the LEMCO cookbook to add to her treasures.

The LEMCO company also marketed another beef extract called Oxo, that was also available in solid form, as shown in the picture. In London, the company had owned a building on the south side of the Thames but when they ceased operating there it was repurposed for retail and commercial activities, including a restaurant entitled The Oxo, which occupied the top floor. I had a wonderful view of Thameside when I dined there some years ago. 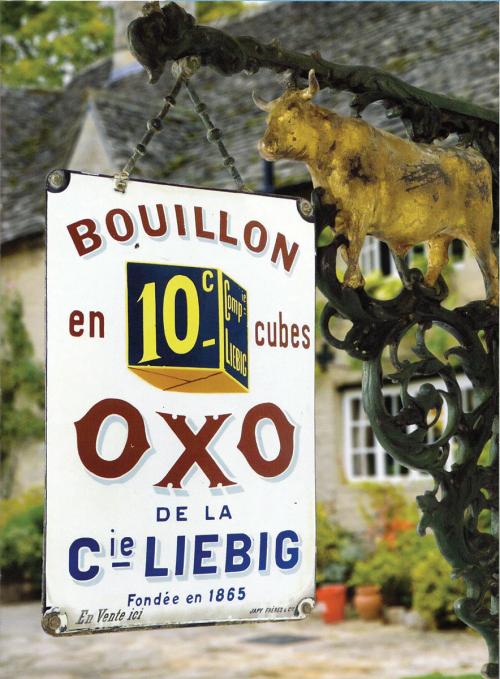 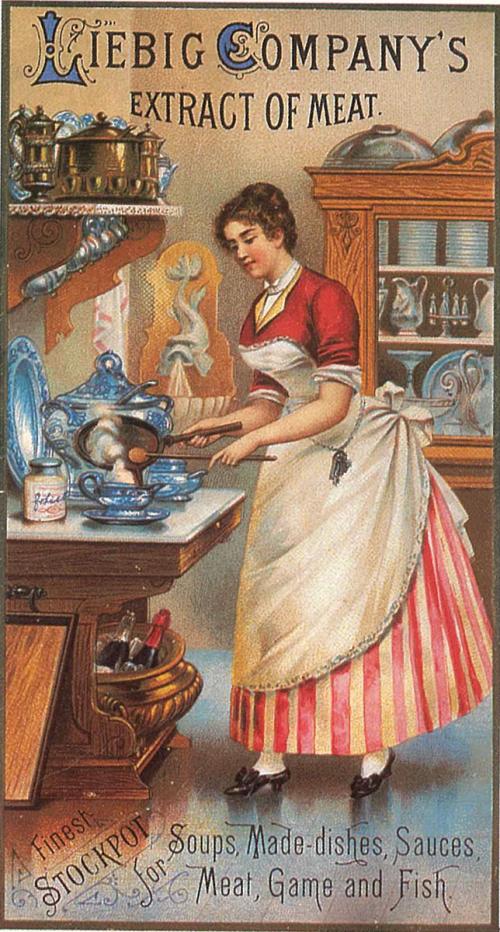