Photovoltaic technology: A case study of over-investment into R&D

In September 2014 (p. 36), I wrote an article questioning the further investment into academic R&D focused on organic solar cell technologies. My key proposition was that silicon solar cell technology had by 2014 become so cheap that alternative technologies weren’t really needed by the solar industry. In 2018, this remains the case. The main alternative to silicon solar technology is the ‘thin-film’ solar technologies (usually directly deposited direct bandgap inorganic materials, but also organics and other mixed media materials). These accounted for 15% of the overall solar module market in 2010 and only 7% by 2015. These alternative technologies are expected to lose a further half of their collective market share by the end of the decade (bit.ly/2Oo7gYp).

Photovoltaics is a technology that was originally demonstrated by Bell Labs in 1954. After this first demonstration, almost 60 years of developments in academic research were required for solar modules to become a commodity (as they are today). This period of academic research was focused on science and engineering that helped silicon solar cells to become more efficient at converting sunlight to electricity, or that helped solar modules to become cheaper and more robust. The ultimate goal has always been to reduce the cost per watt of energy produced by solar modules so that solar energy could compete with more polluting electricity sourced from fossil fuels.

Initially, solar modules were only used in very high-value applications, such as space satellites. Slowly, as the technology became cheaper, more applications became economically feasible. Thus, industrial investment into R&D and the production of solar modules was ‘boot-strapped’, and the industry slowly increased in size and complexity. This is reflected in what is called the solar module ‘learning curve’ (bit.ly/2EjEaVN). That is, for every cumulative doubling of production volume, the price (per watt of power generated) of solar modules has always decreased at an average of around 20%. This 20% is the result of a mix of benefits received from new technologies and those from economies of scale.

After about 60 years of benefiting from cost reductions, as correlated by the learning curve, by 2012, silicon solar modules had become a commodity, which was highlighted by the wholesale transfer of production from Germany and the USA to China. This transfer of manufacturing to China was only possible because the technology had become a commodity. China still does not yet have the skills to develop a new manufacturing industry from the ground up; China’s primary expertise remains in the scaling up and the taking out of costs from processes that have already been commoditised.

An interesting phenomenon in Australia is the continued government investment into solar technology research long after the technology had been commoditised. I have always wanted to write about this problem. And it is a problem because R&D funds are scarce, and they should not be deployed towards industrial areas where the R&D outcomes are not needed nor wanted by the industry that is supposedly the beneficiary of these efforts. However, I have never had any data to demonstrate this fact, until now. The following graph shows the overall rate of both patent filing and academic paper publication in the global solar technology space.

From this graph, you will see that the investment into patenting in solar technology peaked in 2010–11, which coincides with when China took over manufacturing in this sector, and the period in which the photovoltaic module transitioned from being a high-value speciality product to a commodity. And yet, you can see that there was no corresponding peak in the number of academic journal publications in the area; these have continued to rise to this day.

I propose that the peak of patenting in an area of industrial technology usually coincides with the point in time when an industrial product becomes a commodity. This proposition relies on the concept that for a manufactured product to be a commodity, it has to be readily available from multiple suppliers, making the product cheap and either adequately supplied or over-supplied. This is only possible if these manufacturers can all access equivalent materials, manufacturing technology and intellectual property rights. If, for example, the products from one manufacturer are substantially cheaper than the rest because of proprietary and patented technology, then the other manufacturers will not be able to compete and will cease being active. Supply will dry up and the remaining high-value manufacturer will increase prices to gouge the residual customer base. The opposite of this situation is where patents are not enforced or are readily licensed at a cheap rate (sometimes indirectly through suppliers of materials and manufacturing equipment), and hence all manufacturers can compete on an even footing. In this environment, the return on investment on further patenting is somewhat limited and companies naturally stop investing in patents. Hence my assertion that the peak in patenting in an industry can be associated with the moment of ‘commoditisation’ of the products of that industry.

In 2011, it would have been very sensible for academics working in the photovoltaics area to start looking at alternative areas of research in which to ply their various disciplines. However, it is often difficult for academics to admit to the granting bodies, or even to themselves, that their research is not as relevant any more, and that the key issues in an industry have been mostly resolved. My point in writing this article is to suggest to the granting bodies that they monitor the rate of patenting in areas of practical application, and then tailor their investment into R&D grants accordingly.

Ian Maxwell is CEO of BT Imaging Pty Ltd, an Australian exporter of solar technology, and a visiting professor in the Faculty of Engineering and IT at the University of Technology, Sydney. 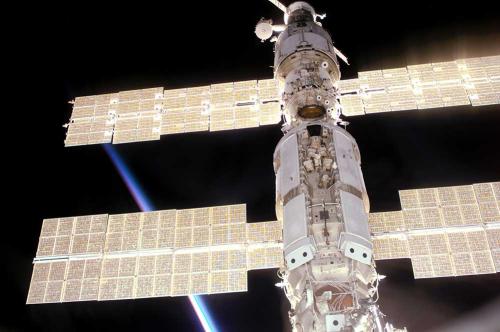 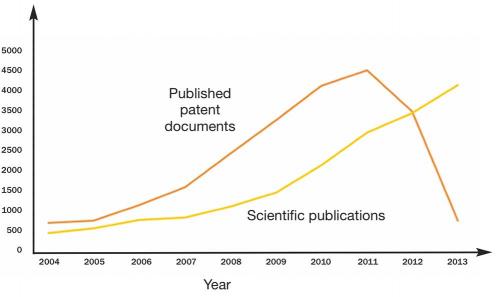 ... for every cumulative doubling of production volume, the price (per watt of power generated) of solar modules has always decreased at an average of around 20%.