Preparations for the centenary of IUPAC in 2019 are already under way, reports Mary Garson.

The RACI’s centenary this year is a milestone – a unique opportunity to recognise what RACI has accomplished and to acknowledge its ongoing role and responsibility in the future of chemistry, both nationally and internationally.

In 2019, the International Union of Pure and Applied Chemistry (IUPAC) will likewise celebrate 100 years. The Union was formally registered on 28 July 1919. A steering committee set up by the IUPAC Bureau has outlined the following vision for the centenary, providing the following background and offering initial ideas. Subsequently, a formal IUPAC100 management committee has been established. Members at large, including individuals and national adhering organisations such as RACI, are invited to become involved in the various events and activities that are planned.

As the curtain rose on the 20th century, chemistry was already a mature science and a thriving industry. But communication within the industry was difficult. There were few generally accepted norms for the naming of chemical compounds and chemists routinely did so according to their own personal preferences, resulting in multiple names for a single, unique compound. This lack of a universally accepted language in chemistry created a major barrier to the sharing of information, ultimately hindering efficient research and the rapid advancement of scientific discovery. Aware of this major barrier to the growth of scientific knowledge, a group of eminent chemists and visionaries from France, Belgium, Italy, the UK and the US gathered in 1919 to create IUPAC.

The IUPAC founders were also aware that chemical instrumentation and methodologies were continuously evolving towards greater precision and that more tools were being developed to assess the chemical and physical properties of substances. Therefore, IUPAC was given the charter not only to create a nomenclature that would facilitate communication within the chemistry community, but also to develop standards and norms for the calibration and normalisation of chemical substances.

What in 1919 perhaps seemed a distant and unachievable goal is today a reality. Thanks to the efforts of a legion of chemists over many decades, advances in scientific research have escalated due to the creation of universally accepted standards, terms and nomenclature.

IUPAC as a creator of the common language of chemistry

Conceived as an international organisation, IUPAC was born in the aftermath of World War I – an event that negatively affected the public’s perspective of science in general, and of chemistry in particular, leading them to question the peacetime role of chemistry and the societal benefits that it provides. Through the organisation of regularly scheduled scientific meetings worldwide, IUPAC has nurtured an international community that has dealt with all aspects of chemistry, pure as well as applied.

One hundred years later, IUPAC and the field of chemistry jointly face many interwoven challenges such as globalisation, the energy crisis, climate change and other environmental challenges. The IUPAC Centenary offers an opportunity not only to commemorate this century-old organisation, but also to rethink how IUPAC can better promote and advance the evolving field of chemistry, particularly as we move into the era of ‘big data’. It is an opportune time to take a critical and ambitious look at IUPAC in order to prepare the global chemistry community for the future, and to engage effectively with the next generation of chemists who will lead our science forward.

Chemistry is a major contributor to the well-being of humankind, from the ongoing evolution of better and more effective medicines to the production of safe, clean water. Some of its major breakthroughs such as the fixation of nitrogen to make fertiliser or the synthesis of nylon as a new material have greatly contributed to health and security, but there are still major challenges to be met. From societal challenges such as climate change to alternatives to fossil fuels, chemistry has a significant role to play in the invention of new solutions for a better and more sustainable future for all. Today’s United Nations Sustainable Development Goals (https://sustainabledevelopment.un.org/sdgs) are both a call to and a source of inspiration for chemists. IUPAC, as the international organisation of chemistry, should play a major role in creating the platform providing the resources and the network for delivering the needed solutions more effectively and in a collaborative and open manner.

IUPAC’s legacy is very rich and one that should be celebrated. After a century of activity and growth, IUPAC has helped to shape a very dynamic field of knowledge. Chemistry has reinvented itself several times since 1919, reorganising its structure through the creation of new subdisciplines, fostering new topics at the crossroads of well-rooted specialties, and forging multidisciplinary communities for the resolution of contemporary problems, such as the creation of new materials and environmental studies. Along with its constant effort to shape and constantly improve the language of chemistry to reflect new developments, IUPAC has also been instrumental in the support of education and in the global growth of chemistry. IUPAC remains an indispensable resource for chemistry.

IUPAC has made a formal submission to UNESCO to request the inclusion of 28 July in their calendar of anniversary dates for 2019; the executive board of UNESCO will advise its decision on this anniversary date during October 2017.

In July 2019, the global chemistry community will meet in Paris for the World Chemistry Congress (WCC) and General Assembly of IUPAC. This is not a coincidence! When offering the venue, French colleagues made the point of wanting to celebrate IUPAC’s centenary in the City of Light. The organisers of the 2019 WCC plan several events to celebrate the IUPAC Centenary, including sessions focused on IUPAC’s role in the evolution of chemistry, the revolution of instrumentation in chemistry, education and training in chemistry, and some of the scientists who have worked for IUPAC.

Other activities and events that are planned include:

The website for the IUPAC100 Celebrations (www.iupac.org/iupac100) will be launched during the latter part of 2017. The IUPAC100 celebrations will provide a unique opportunity for IUPAC and all its members to highlight the importance of chemistry in an international setting, and to preview the role of chemistry in the next 100 years. It will be excellent if Australian chemists joined in! How will you celebrate?

This article contains content originally published in the September–October 2016 issue of Chemistry International, and has been updated with content provided by individual members of the IUPAC100 Management and Planning Committee; this committee is chaired by Professor Mary Garson FRACI CChem, University of Queensland, together with Dr Laura McConnell, Bayer Corp., USA. 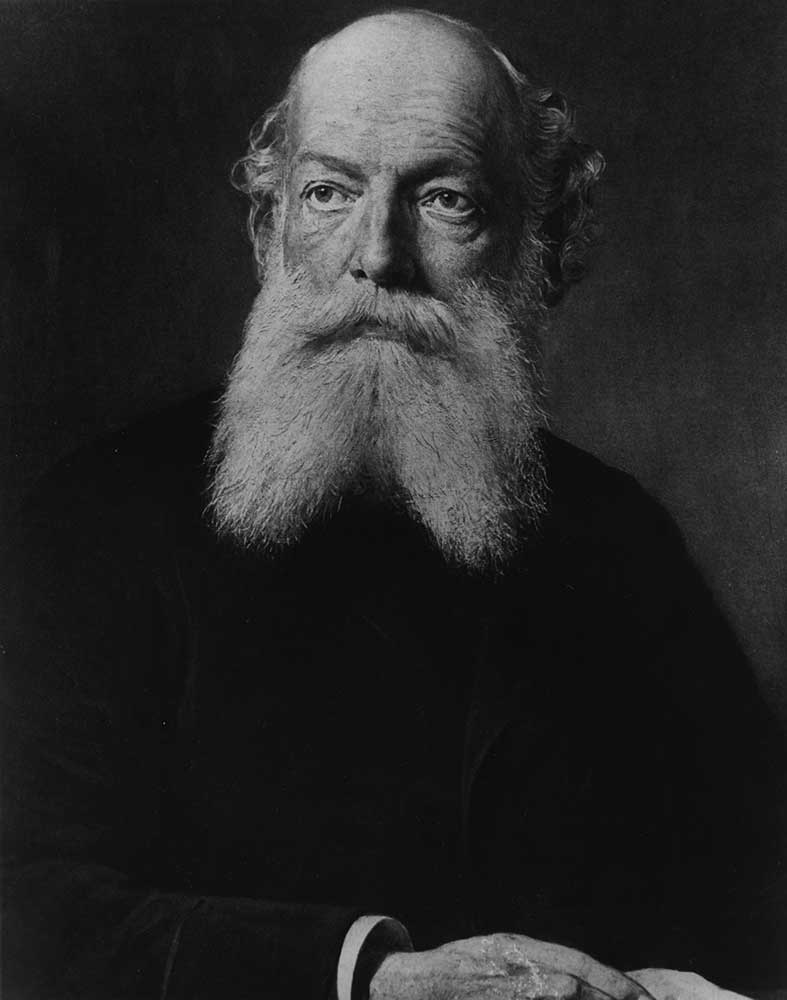 Friedrich August Kekulé was head of the committee that began, in 1860, to formulate an international naming system for organic compounds. IUPAC is one legacy of this collaboration. Williams Haynes Portrait Collection.

IUPAC was formed in 1919 by chemists from industry and academia, who recognised the need for international standardisation in chemistry.

The standardisation of weights, measures, names and symbols is essential to the well-being and continued success of the scientific enterprise and to the smooth development and growth of international trade and commerce.

This desire for international cooperation among chemists and facilitation of the work of the international, but fragmented, chemistry community were the earliest characteristics of the Union. Even before the creation of IUPAC, a predecessor body, the International Association of Chemical Societies (IACS), had met in Paris in 1911 and produced a set of proposals for the work that the new Association should address. 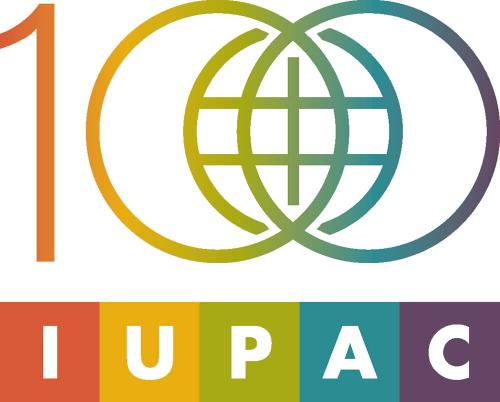 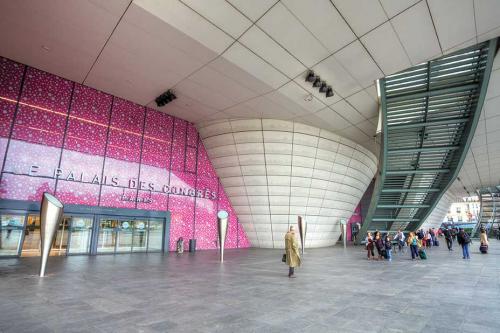 Inaugurated in 1974, the Palais des Congrès de Paris is the venue for the 2019 World Chemistry Congress and General Assembly of IUPAC. 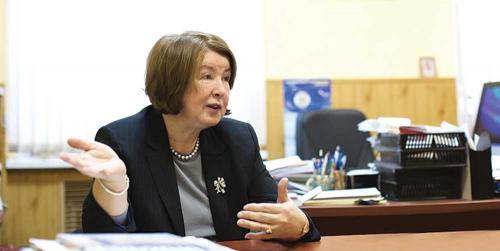 IUPAC President, Natalia Tarasova, says, ‘In 2019, we will pause to celebrate our successes and give serious deliberation as to how IUPAC can best continue in the years ahead to serve as an advocate for the free exchange of scientific information for the benefit of humankind worldwide. While this celebration is just one moment in time, we hope that it will have a lasting impact through events that will advocate the value and importance of science literacy to students worldwide, inspire younger generations of men and women to become the innovative chemists of the 21st century and beyond, and have a positive influence on the public’s perception of science in general and chemistry in particular.’

After a century of activity and growth, IUPAC has helped to shape a very dynamic field of knowledge.