Frankston is a bayside suburb some 40 kilometres south-east of central Melbourne. It’s always been known for its beach and until well into the 20th century it was a popular camping holiday resort for Melburnians. The soil for some distance back from the coast is sandy, typically 85% silica with a little alumina, suggesting that the beach once extended well past the present shoreline.

It’s hardly the place for a volcanic eruption, but local residents feared that was what they were in for early in 1915 when white smoke was observed issuing from the ground near the football field. Closer inspection by brave citizens revealed that white crystals – ‘beautiful cubes and interlacing needles’ – had formed on the edge of the vents.

To investigate the phenomenon, they turned to experts from the University of Melbourne, but perhaps their fears of volcanic activity had eased, because they called in the chemists rather than the geologists. Responding to the call, Ernst Hartung and David Rivett visited the site and collected some samples for analysis. It was quickly ascertained that the substance was ammonium chloride (sal ammoniac), but the authors in their report to the Royal Society of Victoria didn’t say exactly how they reached this conclusion. One can imagine a test with a hot copper spiral showing the presence of a halogen, most likely to be chlorine, and the smell of ammonia when the solid was treated with sodium hydroxide. What they did report was that reaction of a solution of the white substance with silver nitrate gave sufficient silver chloride to show that the salt was 99.4% pure ammonium chloride, the balance being probably moisture or a trace of ash.

Aware that ammonium chloride was present in volcanic vents and could also be formed by smouldering fires of vegetable material (‘buried fires’), the chemists went back to Frankston for a second look at the conditions there. What they found was that the soil in that area was rich in decaying wood, mainly ti-tree roots. Somebody had started a fire there, and although the surface conflagration was quickly extinguished, combustion had spread to the peaty layer, which continued to burn. The source of the nitrogen for the ammonium chloride was obviously the vegetable material, and it was surmised that the chlorine must have come from sodium chloride since the near-coastal soil was likely to be salty.

To support their proposition, the chemists took a soil sample that contained 0.84% nitrogen and 1.06% sodium chloride, and burned it slowly while collecting the solid that sublimed with the other combustion products. Weighing the silver chloride formed from it in their gravimetric analysis allowed them to calculate that the mass of ammonium chloride equalled 0.092% of the weight of dried soil. Adding 10% salt to another soil sample, and repeating the experiment, yielded 0.29% ammonium chloride, so the salt seemed to be a limiting factor in the chemical reactions taking place. It was hard to reproduce the conditions of natural combustion, they observed, but I think they were unduly modest in their conclusion that ‘the result is inevitably unsatisfactory’.

In discussion of their findings, Hartung and Rivett mentioned the occurrence of ammonium chloride ‘near volcanoes such as Etna, Stromboli, Vesuvius and others’ where ‘lava spreads over soil and vegetation’. They also wrote that in Egypt ammonium chloride is obtained from the soot of burnt camel dung (this is an item juicy enough to be included in the Wikipedia entry on ammonium chloride), and that there was commercial production by burning coal with salt, animal offal and clay. Something that was not in their written account, but did form part of their presentation at the July meeting of the Royal Society of Victoria (and newspaper reports of it), was their suggestion that burning salt-impregnated peat offered a way to produce ammonium chloride at low cost. Their suggestion was never adopted here.

E.J. Hartung (1893–1979) and A.C.D. Rivett (1885–1961) were two of the ‘white-haired boys’ of Melbourne chemistry. We remember them for their later eminence as, respectively, professor of chemistry at the University of Melbourne (1928–53), and head of CSIR (1926–49). But in 1915 they were just two of his promising young colleagues that professor and head of department David Orme Masson dispatched to look into the Frankston phenomenon. Rivett graduated BSc in 1906, won the Rhodes Scholarship in the following year and proceeded to Oxford where he worked with N.V. Sidgwick and then for six months with Arrhenius in Stockholm before returning to Melbourne in 1911 as lecturer. Hartung graduated BSc in 1913 and, failing to gain an overseas scholarship, worked with Masson on binary liquid mixtures and their vapour pressures, for which he was awarded the DSc 1919. In that year he was appointed as lecturer, a position in which he already had some experience since he had already played that role while Rivett was in Britain helping with the production of ammonium nitrate in 1917–18. 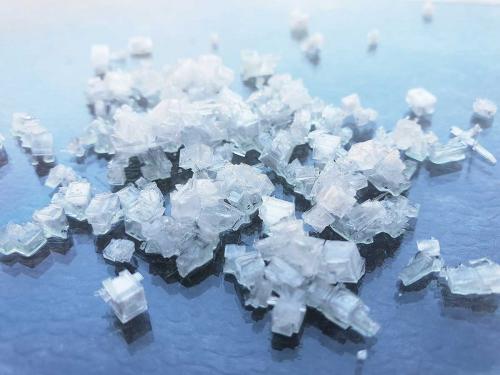