Although in awe of the modern element hunters – finishing the seventh row of the periodic table is a fantastic achievement – I wish I was around in the heyday of the great element hunters, of whom Sir Humphrey Davy was the greatest. (I love the clerihew: Sir Humphry Davy, Hated gravy, He died in the odium, of discovering sodium. But I digress.)

Sir Humphry Davy’s greatest discovery might have been Michael Faraday, but he also is credited with the discovery or isolation of sodium, potassium, calcium, magnesium, strontium, boron and barium. He also proved that ‘Substance X’ was an indivisible element, which he named iodine, in a bizarre episode during the Napoleonic wars between France and England. French chemists had made violet flakes of a new and unknown substance from burning seaweed, but could not decide if it was a new element or a mixture or a compound. Humphry Davy was the most famous chemist in the world and was offered the Napoleonic Gold medal for his contributions to knowledge. He was to receive it on 2 November 1813 in Paris.

Despite being on the wrong side in the middle of a fierce war, Davy, his wife and his young assistant Faraday were given passports to travel to France to collect the medal. They were not treated kindly by the border guards, Davy noting they stole all of his silk stockings, but they made it to Paris and Davy duly was given his medal. He was then approached by a bunch of great French scientists, including Ampere and Gay Lussac, to help with understanding the chemical properties of ‘Substance X’, recently isolated from seaweed.

Superstars trashing hotel rooms are not confined to modern rock bands – scientists have been there and done that. Davy and Faraday set up a lab in their Parisian hotel room and proceeded to conduct experiments, several resulting in explosions and clouds of noxious gases. Faraday writes in his Continental journal on 1 December:

when a solution of ammonia is poured on the new substance and left in contact with it for a short time a black powder is formed which when separated, dried and heated, detonates with great force.

‘Great force’ usually meant the disintegration of the glassware, nearby furniture and occasionally bits of the experimenters.

By 11 December, Davy was satisfied that ‘Substance X’ was a new element, similar in chemical properties to chlorine, and he gave it the name iodine (from the Greek for ‘purple’).

To participate in and for more information on this project, visit bit.ly/2ABHUgP.

Brynn Hibbert’s FRACI CChem research interests, at UNSW Sydney, are in metrology and statistics in chemistry, ionic liquids and electroanalytical chemistry. He also moonlights in expert opinion, scientific fraud and presenting science to the public. Long a member of the International Union of Pure and Applied Chemistry, he has helped name elements, revise the SI units and write the terminology of chemistry. Read more on Brynn in the January/February 2019 issue (bit.ly/2TLwRsR). 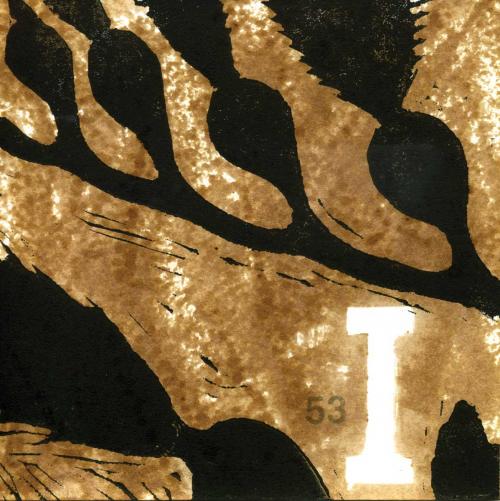