The art of invention: An attorney’s perspective

Mike Zammit uses a surface coatings example to illustrate the process of developing an invention, from concept to commercialisation.

How does one go about inventing something? Why are some people serial inventors, whereas others find it difficult to invent, or their discoveries are not considered ‘worthy’ of patent protection? Is it a certain way of thinking that leads some people to develop valuable IP (intellectual property)? Perhaps it is simply an understanding of what constitutes an invention and the commercial value of that solution.

In addressing these questions, the first point to clarify is what constitutes an ‘invention’ and an ‘innovation’. Generally, an innovation results from developing a new idea and putting it into practice. In other words, innovations are concerned with the commercialisation of new ideas, usually involving the process of interaction and exchange of feedback during the various stages of the product development process. In contrast, an invention may not be directly associated with commercialisation, and is considered as the generation of a new idea or knowledge, which aims to solve a specific technical problem. As not all inventions are commercialised, not all inventions result in innovations. Indeed, a great number of new ideas are conceived, but most die a lonely death, never seeing the light of commercial success.

Through my work as a patent attorney, I have contributed to my client’s innovations to varying degrees. Most often I am involved in exploring the scope of the invention and working to define the broadest form of that invention in a patent application. However, more and more I am being asked to work with clients to brainstorm ideas to real-world problems, and to sit in on R&D meetings to discuss the results of the research, and to assist in setting the direction of future investigations in the context of what IP might be protectable.

A client of mine recently identified a particular opportunity in the marketplace – he had identified a specific technical problem, the solution to which could result in a profitable business venture. At that time, no experiments had been undertaken to attempt to solve that problem, although my client had a preliminary concept in mind that involved the use of a specific surface coating. A brainstorming meeting was held with a coatings manufacturer (a specialist in the coatings field, and who was contracted to conduct the R&D) and their attorney to jointly brainstorm the research from a technical perspective, and to consider what IP might be protectable at each stage of that research, and what commercial issues could arise.

During the initial meeting, the question arose as to whether it was possible to seek patent protection for the concept itself. From a patenting perspective, it can be difficult to obtain protection of a concept per se without sufficient examples demonstrating how that concept may be implemented in practice. This means that some experimentation is usually required, although this can vary with different fields of technology.

During that preliminary discussion, a number of potential solutions were considered. While there was some ‘gut feel’ regarding which of the solutions might be best, it was decided that the contractor should trial a number of surface coating types to assess their performance in solving the problem at hand. If they all happened to work, then, from a patenting perspective, it might be possible to pursue broad method claims, along the lines of: ‘A method comprising applying a surface coating to ... [insert outcome here]’. If it were possible to obtain such broad protection, this would effectively equate to protection of the concept itself, and would be quite valuable IP.

One critical question, however, was whether anyone had used that same method in the past, or something similar. To find out, a search of the ‘prior art’ would be required. If no relevant prior art could be found, then there may be an opportunity to file for patent protection of the method just described. However, if the concept was already disclosed in the prior art, further research would be required to devise a solution that performs better than these prior art solutions.

In this situation, a few commercial issues become relevant. In particular, from a commercial perspective, these prior art solutions would stand as competing technologies to my client’s eventual product, and could therefore impact on the viability of the proposed business venture. These prior art solutions may also result in issues of patent infringement that we need to deal with. Additionally, assuming that a better solution could be invented, it would need to have advantages over and above the prior art solutions for it to have any chance of being adopted commercially. For instance, it would need to be significantly cheaper and/or provide significantly better performance.

One option considered during this next phase of the R&D was to trial additives known in this field of art that might be inherently suited to assist in solving the identified problem. Some additives are well known for their ability to confer certain benefits due to their inherent chemistry or properties. Trials could be undertaken with these modified coatings and potentially some (or all) of them may deliver a reasonable outcome.

From a patenting perspective, there are issues with this approach. In particular, it may be difficult to secure patent protection for using a known compound, having known properties, being used in a known way, in a known surface coating, to achieve what is arguably a predictable outcome. In this case, there is a high likelihood of running into serious ‘obviousness’ rejections when prosecuting the patent application before a patent office, making the prospects for patentability low – although from a commercial/marketing perspective, it still may be appropriate to file for protection. This of course assumes that there is no ‘new working interrelationship’ with the base coating composition into which the additives are added, i.e. no synergy. If some unexpected synergy can be identified, the prospects for securing patent protection become significantly better.

How to invent a solution to a problem

The question is then how to go about developing a new surface coating that solves the problem at hand. This is difficult to answer. Some guidance can be found in the famous quote from Isaac Asimov:

The most exciting phrase to hear in science, the one that heralds new discoveries, is not ‘Eureka!’ but ‘That’s funny ...’

From the perspective of a patent attorney working with inventors on a daily basis, and drafting and prosecuting many dozens of patents here and abroad over the last 15 years, I can offer several suggestions. Some avenues to consider might be:

Experimentally, one could compile a generous list of additives, compounds or materials from a variety of fields to trial, and then embark on a comprehensive research program to search for a new combination of features that solve the problem, or especially some combination that provides a surprising or unforseen outcome, i.e. the elusive ‘that’s funny’ moment. Alternatively, or additionally, new relevant technology might be available that could be explored. Of course, another line of research would be to undertake deeper investigations into the actual cause of the problem at hand, since knowing the chemistry and physics at play can often reveal unforseen mechanisms that, when addressed in a new way, can be suitable subject matter for patent protection. The commercial drivers for the new invention will often dictate the resources that are allocated to this part of the process.

In terms of attitudes, I find that many inventors challenge conventional wisdom, especially when that conventional thinking is a road block to achieving a superior outcome. Also, the inventors who I meet often can think in a counterintuitive way.

Thinking ahead, and turning to the considerations of what IP might be protectable, assuming that a new solution to the problem was developed, it may be possible to obtain method claims along the lines of: ‘A method comprising applying a surface coating comprising features X, Y, Z [i.e. defining the specifics of the new coating] to ... [insert outcome here]’. It may also be possible to obtain patent claims directed to the improved coating composition itself. These patent claims would be valuable IP to the proposed business venture.

IP considerations at every stage of research

It should be clear from the details of this example that, at every stage of the research, the prospects for IP protection were considered. It is also important to consider the commercial realities at each stage of the research. For example, if the proposed solution is unrealistically expensive, there is little chance that it will be commercialised, which may affect the decision on whether to file for IP protection. Also, if the new coating is better than a prior art coating, but is not significantly better, this may affect the decision on whether to commercialise the new coating and seek IP protection of it. There may also be competitor IP to consider.

This example is but one course that might be followed during a program of R&D, and there are, no doubt, other ways to invent a new solution to a specific technical problem. Also, new ‘solutions’ are developed in laboratories around the world each day without an associated ‘problem’ in mind. An example of this is Arthur Schawlow, who co-invented the laser and who was granted a patent in 1960. He and his colleagues had not considered any applications of their invention during their R&D, and it was left to others to devise ways of exploiting this invention in a commercial product. Schawlow has commented:

We thought it might have some communications and scientific uses, but we had no application in mind. If we had, it might have hampered us and not worked out as well. (Bell Labs, 1998)

From coatings to other chemistry

Innovation often starts with a deep understanding of what problems need to be addressed in the marketplace, and progresses to devising new technical solutions to those problems, all the while keeping an eye on the commercial realities of those solutions, and the prospects for IP protection.

The specific example of a surface coating has been used in this article, but this could be replaced with another technical solution. What is more important is the methodology that was followed. This general methodology might serve as a template for your own research activities.

Mike Zammit MRACI CChem completed a PhD in polymer chemistry at the University of New South Wales before working in industry for five years. Mike then trained to become a patent attorney and is currently a senior associate at Shelston IP. The content of this article is general in nature, and must not be relied on in lieu of advice from a qualified professional in respect of your particular circumstances. 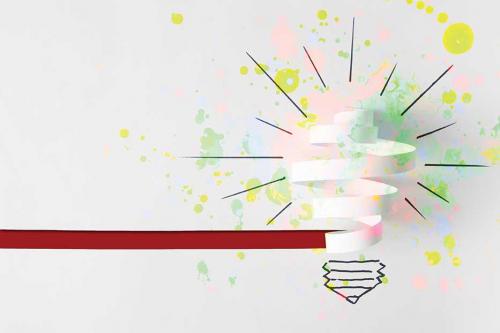 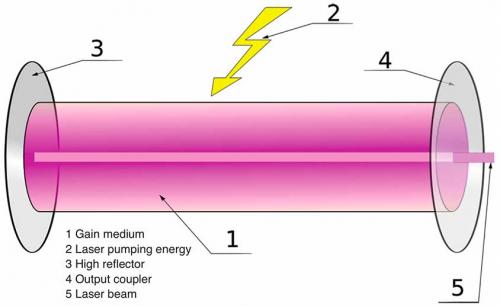 The basic components of a laser, shown here, and the first use of the acronym, were detailed in the late 1950s in a notebook of American physicist Gordon Gould, who is widely credited with the laser’s invention. Gould spent more than 30 years trying to obtain patents from the US Patent and Trademark Office. 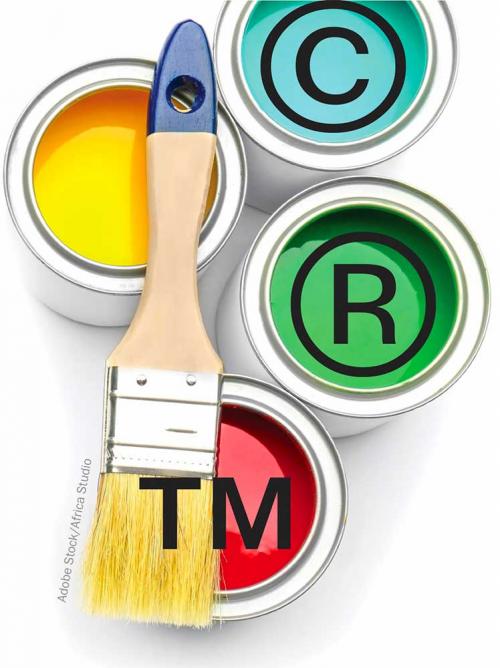 ... it may be difficult to secure patent protection for using a known compound, having known properties, being used in a known way, in a known surface coating, to achieve what is arguably a predictable outcome.

... many inventors challenge conventional wisdom, especially when that conventional thinking is a road block to achieving a superior outcome.