Where does the periodic table end?

Where does the periodic table of elements end? Is there a final element, or are ever-increasing atomic numbers possible?

However, the behaviour of the larger elements points to the possibility of an ‘island of stability’ in heavier elements on the outer reaches of the periodic table. This island corresponds to longer-lived elements and was first postulated to exist in the 1960s, based on nuclear shell models. The concept is that superheavy elements with nuclei of 108, 114, 120 and 126 protons, with around 184 neutrons, will have unique properties that increase stability. This is because these numbers of protons and neutrons complete shells within nuclei, which lead to very strong binding energies.

Furthermore, the superheavy nature of these nuclei is expected to deform the nucleus, with interesting shapes such as a bubble with a hole in the middle being adopted, which will confer additional stability. This stability is anticipated to provide those superheavy elements with half-lives long enough for them to exist outside of a laboratory. Such shapes have yet to be observed but the increase in half-life in these large atomic number elements as the neutron count approaches 184 has been confirmed.

The hypothetical element unbihexium-310 (126) is considered one of the best candidates in the island of stability because it will have both 126 protons and 184 neutrons – double the magic number in terms of nuclei shell theory – and will likely be long-lived enough to have practical uses. Theorists have suggested that these superheavy elements should have half-lives of minutes to days, with some suggesting millions of years. If this island of stability is confirmed, then it will extend the periodic table into a new row of elements and open the further possibility of a second island of stability existing when the atomic number reaches 164.

Current superheavy elements are synthesised by bombarding smaller elements together in the hope that the nuclei will ‘stick’ and create a higher atomic number. For example, tennessine (117) is created by combining calcium (20) with berkelium (97). These atom smashers utilise magnetic fields to confine and speed up beams of atoms together. Most collisions result in the atoms ricocheting off each other, but every now and then two nuclei combine to form the bigger element. This research takes a very long time – Japanese researchers spent 553 days over a nine-year period smashing atoms to produce enough copernicium to confirm its existence (bit.ly/2MgZpYm).

Part of the problem in trying to reach the island of stability is that current technology is reaching its limits and facing the problem of neutron shortage. For the superheavy elements to be long-lived, they require more neutrons than can currently be provided by smashing together elements with smaller atomic numbers. This means that all synthesised elements can be considered neutron deficient, which is contributing to their instability. Researchers are struggling to develop methods to add additional neutrons to these processes, and until this problem is overcome, all future superheavy elements will fall short of the island of stability.

There is some anecdotal evidence that superheavy elements exist in space, associated with the Przybylski’s star (HD101065), 370 light-years away in the constellation of Centaurus. This star has evidence of actinium, americium and einsteinium within its solar spectrum, while also being low in iron and nickel. These elements are of the actinides series and have half-lives that are far too short compared to the life of the star, so these elements should have disappeared millions of years ago. Hence, there must be a mechanism within the star that is constantly producing and replenishing these actinide elements. One possibility is the presence of superheavy elements, given that their decay sequence is expected to produce actinides. However, probing the star’s light for these superheavy elements is extremely difficult because their atomic spectrum is unknown, as they have yet to be synthesised on Earth.

If these superheavy elements could exist outside of the laboratory, their potential applications are questionable. They would be expected to have very small critical masses, possibility of the order of a few grams. This would make them ideal for small compact nuclear weapons, either directly or as primaries to ignite secondary fusion explosives. Hence, nuclear weapons could become the size of a grain of salt. Their superheavy dense state would also make them ideal for armour-piercing ammunition, similar to how depleted uranium is used today.

The potential of these islands of stability and the existence of superheavy elements suggest that the periodic table could extend indefinitely. However, as atomic number increases, another limitation arises: the electrons.

Along a row of the periodic table, the atomic radius shrinks with increasing atomic number as the electron binding energy of the nucleus increases and the electron’s orbitals contract. This confinement of the electrons within a smaller and smaller radius closer to the nucleus corresponds with an increase in the electron’s momentum, because of the uncertainty principle  – it is impossible to know both the position and momentum of a particle below a certain limit. An increasing atomic number restricts the electron to an ever-decreasing radius, and therefore the electrons adopt velocities approaching the speed of light to remain stable within their orbitals. An additional consequence of this velocity increase is that the mass of the electron increases as well, in line with special relativity. Gold (79) is a good example of this phenomenon; with the strong binding energy of the gold nucleus forcing the electrons to move at half the speed of light to remain stable in their orbitals. This increases the mass of the electron slightly, resulting in a contraction of the orbitals because of the additional mass, and a shift in the outer electrons’ energy levels. Consequently, the absorption spectrum of gold shifts towards the blue end of the spectrum, which results in gold taking on its attractive colour hue. Silver (47), in the row above gold on the periodic table, does not exhibit this phenomenon and so its absorption spectrum remains unshifted, resulting in its metallic hue.

US physicist Richard Feynman calculated that when an element had an atomic number of 137, the electron binding energy would become so strong and the contraction in the orbitals so great that the electrons would need a velocity faster than that of light to be stable within their orbitals. This scenario would mean the electrons break special relativity, and hence electrons in elements larger than this atomic number would be unstable and collapse into the nucleus. Subsequently, analysis has extended the periodic table further, with this scenario occurring for elements with atomic numbers of 173 and above. The discrepancy is because Feynman considered the nucleus as a point source, which is not a valid assumption for these superheavy elements.

If elements with atomic numbers greater than 173 were to be synthesised, then no electrons would be associated with these elements and they would remain a naked nucleus that has unique properties. The electron binding energy of these elements would be so great that it would surpass the rest mass of an electron. This means that the superheavy nucleus could rip electrons directly from the surrounding subatomic vacuum. This corresponds to the quantum mechanics view of a vacuum being a bubbling foam of virtual particles and their antiparticles, being constantly created and annihilated. The superheavy element would be strong enough to hold onto the virtual electron and make it real, at which point the electron would rapidly become unstable because the velocity needed to stay in the corresponding orbital would be greater than the speed of light, and hence the electron would collapse into the nucleus. This would lead to electron capture, where the electron combines with a proton to create a neutron and neutrino, and reducing the atomic number of the element. This superheavy nucleus would continue to capture electrons from the vacuum until enough proton–electron annihilations have occurred to reduce the atomic number to 173. The only evidence of this would be a burst of positrons (electron antiparticles) and neutrinos at the time of synthesis and the lingering presence of an element with atomic number 173.

Approaching the atomic number 173 will give rise to interesting phenomena, because the velocity of the electrons would approach the speed of light and hence their mass will increase accordingly. This would result in the bizarre scenario where the mass of the electrons is comparable to the nucleus. This could deform or completely alter the well-defined atomic orbitals of the electrons. Elements would have unique and exotic chemical properties, given chemical reactions are the province of the electrons and their orbital configurations. The exact nature of these chemical properties for now remains a mystery. Importantly, the merger of quantum mechanics and special relativity at the subatomic level has placed an upper bound on the periodic of table of elements. Research endeavours into reaching this upper limit will create some exotic elements that will change our understanding of the elements and their behaviour, although any useful applications of these elements remain to be seen.

Colin A. Scholes FRACI CChem is a senior lecturer in the Department of Chemical Engineering at the University of Melbourne. He is a world recognised researcher in the clean energy field and a passionate science communicator. 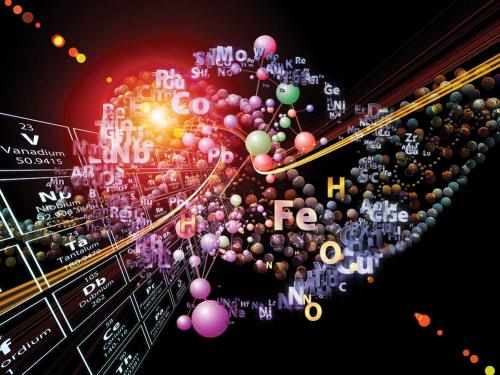 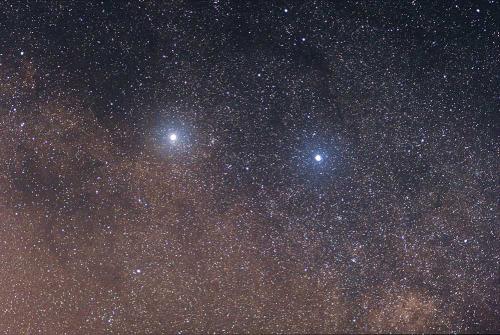 There is some anecdotal evidence that superheavy elements exist in space, associated with the Przybylski’s star ...