During last year’s state election campaign here in Queensland, I noticed a large billboard posted by the Greens party proclaiming that, if they win the election, they will be investing taxpayers’ money into ‘government-owned’ solar panel manufacturing in Queensland. They proposed 250 MW of annual solar panel manufacturing capacity, which is between 600 000 and 1 000 000 solar panels (subject to the average power output per panel).

This policy is very clever, managing to kill a few birds with the one stone. These are that solar panels are green and therefore ‘good’; local ‘manufacturing’, as a political slogan, seems to be making a comeback in these COVID times; no other party seems to have this policy, or anything like it; there are more solar panels per person in Queensland than just about anywhere else in the world, resulting in a high awareness factor of the benefits of solar power; and just about everyone knows that solar panels are mostly imported from China, whose political leaders are seemingly trying to bully Australia by instructing various industries to not buy Australian goods and services.

So here is the proposition that I want to explore: would it be possible or sensible to make solar panels in Australia?

First, one must distinguish between the production of solar panels and the production of solar cells. The actual assembly (manufacturing) of solar panels (or solar modules as they are called within the industry) is the very last step in a very long manufacturing supply chain. It is also the ‘lowest capex’ step in that, say, the cost of a 250 MW factory (a solar factory output is measured by the annual power produced by the products that are made in the factory) for solar module assembly is a small fraction of that required to make solar cells or solar wafers. At the start of the supply chain, the processing plants that make purified silicon are many, many times more expensive to build and at least three times more expensive per watt than a solar module assembly plant.

For example, one might be able to build a 250 MW solar module assembly plant for about $US25 million, but that would require assembly equipment purchased from low-cost Chinese companies, which may be directed by their government not to sell to Australian companies. But say, for argument’s sake, one could get the manufacturing capital equipment at the same cost as the Chinese companies that do solar module assembly; could an Australian company be price competitive? To cut a long story short, the answer is no.

China would out-compete us on price every time because of a number of factors: they would have cheaper access to the key raw material, high-performance solar cells, which are often made by the same companies that do the solar module assembly; they do not always have to pay income tax; they can access much cheaper business finance than is possible in Australia; they have substantially less business red tape in China (i.e. government rules and legislation that adds substantial costs to business); and – most importantly – culturally, the Chinese are in my opinion the best manufacturers in the world. This is a result of a work ethic that we simply do not have, an unparalleled entrepreneurial spirit by Chinese business owners, and a philosophy of manufacturing that solves problems at their source and through their key suppliers, rather than by adding complexity as we often do in the West. (This observation is worthy of an essay in itself, but think of it as the KISS principle – ‘keep it simple, stupid’.)

Could we in Australia make solar cells, and before that silicon solar wafers, and before that purified silicon? That is, could we attempt to build a whole manufacturing supply chain using raw materials sourced in Australia (being sand, coke and cheap electricity)? No, we could not – not in our wildest dreams. For the reasons why not, just re-read the previous paragraph.

If we did attempt to build a solar module manufacturing capability here, for all the reasons previously stated, the solar module products would be substantially more expensive than Chinese imports. So, does government then start placing import tariffs on Chinese imports so as to create a market for their own more expensive, locally produced solar modules? I am not sure consumers here would think that a good outcome, and imagine the knock-on effect to our already troubled relationship with China. We might also be signatories to a few trade treaties that make this a difficult path to follow.

A final point to note is that, in China today, solar manufacturers are racing to remove labour from their factories through the implementation of ever-more sophisticated automation. This has two key goals: to remove costs and to improve quality (since humans in factories are one of the main sources of yield and quality issues). If we wanted to kickstart solar manufacturing here in Australia, we must be clear that it wouldn’t create many jobs. ‘Manufacturing equal jobs’ is an obsolete concept that died with the last century.

Looking more broadly than the solar industry, the key points here pretty much hold true for all industries. Currently, Australia is an exporter of ‘high-tech’ commodities (i.e. low-cost mining and agricultural products) and services (education, tourism and the like). It is perfectly sensible to focus on these sectors as long as we admit to ourselves that we are then dependent upon the mutual goodwill of partner countries that convert our raw materials into products (that are then imported to us), and that also use their collective profits to buy our services. Antagonism to said partners can only be understood in the context of the fool’s belief in an alternative future where Australia competes as a manufacturer.

Ian A. Maxwell (maxwell.comms@gmail.com) is a CEO and entrepreneur, and a former venture capitalist. 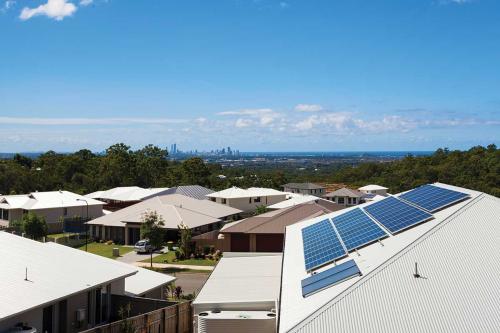 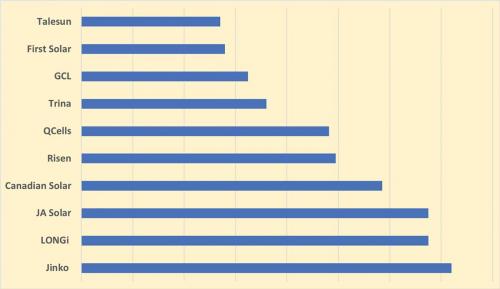 Based on information at https://review.solar/latest-tier-1-solar-panels-list-2020