The thrust of most, but importantly not all, basic research is to develop a commercial process or product. In most instances, the path from basic research to commercialisation progresses through the intermediate stages of development, which aims to prove up the research on a small scale (often called bench scale), and demonstration in which larger process plant is used to produce product on sufficient scale for market evaluation.

For some commercial products, this process can take many decades while other basic research progresses to commercialisation within a decade. This time scale appears to depend on market demand and acceptance for the final product. For instance, lasers were discovered in the 1950s but it was not until the 1980s that their commercial use took off; for many years, lasers were considered a solution looking for a problem. By contrast the discovery of high-brightness blue-light-emitting diodes revolutionised lighting within a decade from their discovery in 1995. Today, the use of LEDs is widespread.

Lasers and LEDs are based on the same basic research into doping semiconductors with alien materials. This fact reinforces the view that some basic research should be supported for its own sake, not just research that might have an immediate commercial outcome.

Passing from research to development results in many bright ideas falling by the wayside as fundamental issues become more closely defined. Sometimes success requires progress in an unrelated area.

The transition from bench scale to demonstration requires significant levels of funding, which means many more personnel become involved and research workers have to be able to communicate with people with non-scientific backgrounds. However, in my experience, scientists and engineers in managerial roles tend to be more sceptical than non-scientists towards new ideas; often people with a science or engineering background focus on finding problems (i.e. reasons not to fund development) rather than the blue-sky opportunities that may ensue from success of a development.

One of the hurdles faced by projects transitioning from research into development is that quite a lot of research is funded on a ‘me too’ principle, and success at the research level forces funders to ask: ‘Why are we doing this research at all?’ My first industrial research project (developing new catalysts for elastomer production) fell on this question. Often this has overtones of Yes, Minister, with research aimed to give the organisation (or government) blessing on what it would like to see achieved, not to actually achieve something of merit that would result in difficult funding questions. I fear there is a lot of this around.

The demonstration stage involves interaction with the market (i.e. people willing to pay for the product), and feedback – which can be quite unexpectedly critical of the product – is an important part of the process. This stage of the process often attracts critics (usually not directly involved). In ‘The plastics project that went to waste’ (May 2016, p. 34), I gave an illustration of a project that failed at this stage. However, if the project passes successfully through demonstration, then the next stage is commercialisation. This stage involves serious amounts of money and many more non-scientific personnel.

Back in the 1970s, ICI developed and commercialised dry powder fire-extinguishers. The inventor, Dr Derek Birchall, discovered the fundamentals when he put some potassium oxalate into a Bunsen flame (flame test) and noticed, as well as the usual lilac coloration, a large hole appearing in the flame, the consequence of CO and similar radicals quenching the flame. He developed the idea, with the final commercial product using a potassium bicarbonate/urea complex (MonnexTM). He was invited to the official launch, which involved hundreds of people, very few of whom he knew, and who kept asking him what his role in the development had been.

It is notable that at the stage prior to commercialisation, science and engineering are only one, and not a dominant one, of the many inputs into the decision-making process. People’s careers and egos often come to the fore and organisational political considerations are often dominant. Naysayers are often openly shunned.

As noted, the time from research discovery to commercialisation can be quite long and steps are often taken to shorten the process. One successful way is to increase the scale of the development program so as to produce a significant volume of product. Du Pont used this method successfully in the development of their production of hexamethylene diamine by hydrocyanation of butadiene. However, this approach is fraught with danger and there have been many failures in omitting trials at larger scale. The root cause is generally engineering in nature because, as scale increases, fluid flow often moves from laminar to turbulent, which can change thermal equilibria and fluid behaviour within the system. Often this can be overcome by re-engineering reactor design, but at additional cost, which upsets the project funders.

One of the main blocking points in private industry is justifying funding at demonstration level and then addressing issues of technical risk, a major concern in the finance community, in a commitment to a commercial venture. These issues seem to be much lower for governments (using other people’s money) and there are many examples of government-sponsored development moving rapidly because of political considerations rather than because of technical issues.

This is shown by the rapid Chinese development of a large coal-to-chemicals industry (see July 2015, p. 36). The technology was demonstrated by several US and European chemical and engineering companies, but it took the central planning of the PRC to spur commercialisation. However, not all attempts proved successful, with the PRC withdrawing from coal hydrogenation to produce fuels, a technology that was at a similar stage in the development process.

We may be seeing Australian governments trying to force the pace of development in an attempt to solve the east coast energy crisis by promoting and quickly introducing novel battery back-up and other unproven systems for both domestic and base-load power – technologies that are still not proven in terms of cost-benefit, durability, safety and reliability.

One of the main problems with Australian government intervention in the development process is that there is a strong tendency to believe foreign technology promoters rather than local experts, whose views are often ignored completely – what used to be called the cultural cringe. Back in the 1980s, I was working at BHP with several academic and CSIRO groups on a large gas to fuels project and we were surprised to learn that the Commonwealth was funding, to the tune of $90 million, a US entrepreneurial group to do the same. 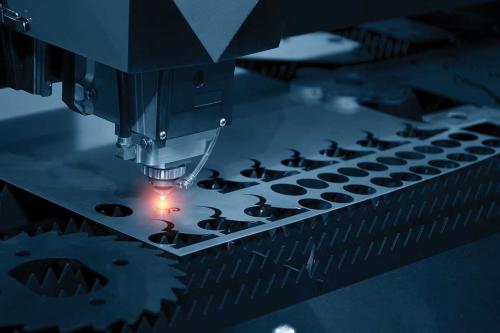 One of the main problems with Australian government intervention in the development process is that there is a strong tendency to believe foreign technology promoters rather than local experts, whose views are often ignored completely ...