Particulate plastic inputs to terrestrial and aquatic ecosystems include a range of particle sizes (including microplastics and nanoplastics) and types of polymer. Although medium and large plastic fragments are generally sieved out during the composting process, a significant portion of small plastics makes it through the sieve. Because compost is subsequently milled, most plastics end up as secondary microplastics or nanoplastics.

The United Nations Environment Programme identified that large quantities of particulate plastics found within the marine environment globally have originated from land-based sources (UNEP. Marine plastic debris and microplastics: global lessons and research to inspire action and guide policy change, 2016. Jambeck J.R. et al. Science 2015, vol. 347, pp. 768–77). Sediment transfer during soil erosion is one process that allows the transport of particulate plastics from terrestrial to aquatic ecosystems. Despite this link to land-based sources, most scientific research on particulate plastics has focused on their effects in aquatic environments.

Impacts of particulate plastics in soils

Particulate plastics affect environmental contaminant interactions in soils by acting as vectors for contaminant transport and by altering contaminant bioavailability. Plastic polymer resins are mixed with various additives to improve their utilisation performance. These additives include inorganic carbon- and silica-based filler materials to reinforce final products, plasticisers to render the plastic polymers pliable, thermal and ultraviolet stabilisers, and flame retardants. Some additive chemicals such as tributyl tin in polyvinyl chloride, phthalates and various bisphenol analogues in polycarbonates are leached when plastics undergo photochemical weathering, and have adverse effects on soil microbial diversity and function.

In the study, uncontaminated and copper-contaminated soil samples were treated with particulate plastics. Copper is used agriculturally as a fungicide and is toxic to soil microbial communities. These soil samples were subsequently analysed for bioavailable copper concentration, soil respiration, microbial biomass carbon and dehydrogenase activity. Bioavailable copper concentration is an index for toxicity to soil microorganisms. Soil respiration, microbial biomass carbon and dehydrogenase enzyme activity provide an index of microbial function.

Nanthi Bolan MRACI is Professor of Environmental Chemistry and Lauren Bradney is a PhD student at the Global Centre for Environmental Remediation, University of Newcastle. 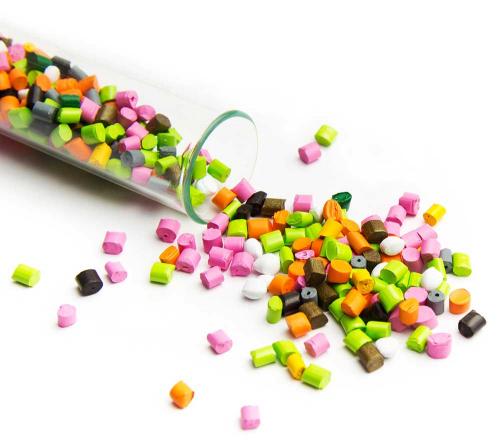 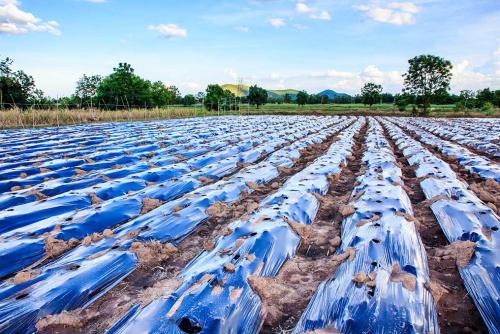 Plastic film mulch used in horticulture is a source of particulate plastics in soils. 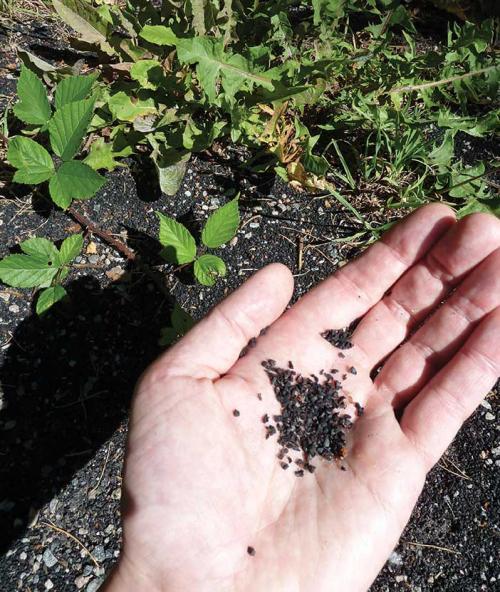 All that glitters is not gold: farmers at a recent Australian field day asked the author what they could see glittering in the soil on their farms. It was microplastics. The microplastics shown here were washed from an artificial turf football field, cushioned by ground tyre rubber, into nearby soil. 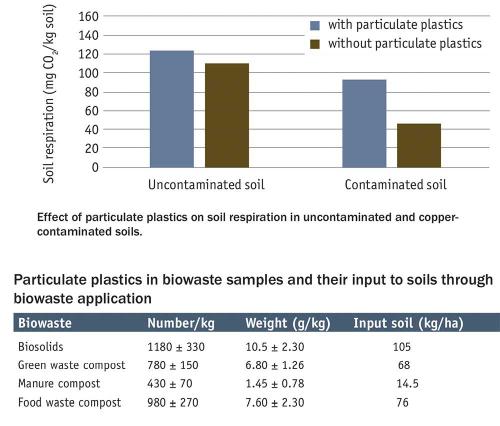