Inside the ‘ideas boom’

Cultural change is at the core of the new National Innovation and Science Agenda, say its proponents.

Australia has a science and innovation problem. By now, most of us are aware of the bleak statistics – Australia is ranked ninth in the Global Innovation Index in respect of the calibre of its science institutions, yet 72nd for innovation efficiency. So why do we continue to have such trouble traversing the gap between scientific research and innovation?

Many of us regard a paucity of government funding as being responsible for our underperformance in commercialisation and, undoubtedly, this is an issue that must be addressed. However, our inability to translate world-class scientific research into innovative and commercialised outcomes is a problem far more complex than simply a lack of financial support from the key funding bodies. It is something much more challenging to address.

The underlying problem is our culture. We’re a risk-averse nation, which is further compounded by our generally poor understanding of how to practically innovate research into commercial success. Indeed, Australia’s Chief Scientist, Dr Alan Finkel, has acknowledged the crippling ‘fear of failure’ mentality that lies deep among Australians.

So what is being implemented to shift our risk-averse culture to one that pursues innovation and commercialisation? In the past 15 years, Australia has seen approximately 60 reports on innovation at the Commonwealth level. The recommendations in these reports mostly remain to be actioned, or otherwise they have evidently failed to transform this fear of failure mentality.

Yet, in December of last year, the Government, led by Prime Minister Malcolm Turnbull and the Minister for Innovation, Christopher Pyne, released the National Innovation and Science Agenda (NISA). How is this program different from all those that have gone before? Well, quite simply, it aims to transform our culture from one of a ‘fear of failure’ to one of ‘embracing risk’.

Contributing to our inability to innovate, Australia’s venture capital market is yet to recover from the global financial crisis, while countries such as the US have surged ahead. For us, it’s all too difficult for start-ups to obtain finance.

Further, Prime Minister Turnbull has continually highlighted that, as a nation, we are poor at forming collaborations between researchers, typically at universities, and businesses. Though arguably, particularly in the chemical sciences, Australia simply does not have an industry with the capacity to engage in fundamental research. The ongoing downsizing of the chemical industry, as exemplified by the overseas acquisition and local closure of Biota Pharmaceuticals in 2015 indicates that this scarcity of industry–academia collaborations in Australia is unlikely to change anytime soon.

The Government has recognised these key points as being just some of the barriers that continually prevent fundamental research from being translated into commercial outcomes, and the implementation of the National Innovation and Science Agenda (NISA) is aimed at lowering these barriers.

What is the NISA?

Prime Minister Turnbull is banking on an ‘ideas boom’ as being the new source for Australia’s growth and prosperity in the face of a declining mining industry. To support this, he launched the NISA, a policy that will cost the government $1.1 billion over four years, and will be introduced into legislation effective from 1 July 2016.

The policy recognises that innovation is critical to improving Australia’s competitiveness, standard of living, high wages and generous social welfare net. Most essentially, the NISA proposes that fostering innovation and commercialising research will be a key driver of future national growth.

The NISA includes the creation of an advisory body, Innovation and Science Australia (ISA), spearheaded by Mr Bill Ferris AC and Dr Alan Finkel AO. According to its Government website (innovation.gov.au), ISA ‘will be a new independent body with a mandate to provide strategic whole-of-government advice to the Government on all science, research and innovation matters’.

ISA will publish its research findings and advice in order to promote public discussion, and will publicly advocate reforms on key issues that include innovation investment, collaboration, research infrastructure, and how to better invest in research and development. It will have a role in auditing the performance of the NISA and in developing a 15-year plan for the Government’s investment in science, research and innovation.

The NISA will focus on four key pillars: culture and capital, collaboration and skills, incentivising risk and government as an exemplar.

Key to the NISA is the emphasis on the need for collaboration between business, research organisations and educational institutions. As it stands, Australia ranks last among OECD countries for business collaboration, and the NISA proposes to take steps to rectify this by introducing ‘clear and transparent measures of non-academic impact and industry and end-user engagement’ through a national assessment of university research performance. What this means, however, remains unclear, although a pilot assessment program is set to commence in 2017.

The NISA also aims to create a culture that fosters and inspires entrepreneurship and innovation, which it plans to do through changes to the research and development tax incentives and bankruptcy laws. This includes reducing the bankruptcy period from three years to one year, introducing a safe harbour to protect directors from personal liability for insolvent trading, and introducing clauses that allow for the termination of contracts in the event of insolvency.

Perhaps most importantly, the NISA plans to provide additional educational opportunities. This includes arming young Australians with the requisite skills for the jobs of the future, as well as investing in measures to encourage more women to pursue STEM-related careers.

The funding itself is spread across multiple initiatives, of which the highlights include: $200 million to CSIRO for an innovation fund to help commercialise research; $2.3 billion over 10 years for the National Collaborative Research and Infrastructure Strategy, the Australian Synchrotron and the Square Kilometre Array; $127 million for research block grants with greater emphasis on research-industry collaboration; $13 million to promote women in science, including the Science in Australia Gender Equity (SAGE) pilot; and $48 million to promote STEM to all Australians over the next five years.

There is no doubt that the NISA is a broad-ranging and ambitious agenda. Prime Minister Turnbull has stated that ‘the package is designed to inspire. It is designed to lead. It is designed to encourage every single business, large or small to be more innovative, to be more prepared to have a go at something new … a national culture of innovation, of risk-taking. Unlike the mining boom, the ideas boom is ‘a boom that can continue forever; it is limited only by our imagination.’

Does the NISA focus on innovation and research knowledge?

Undoubtedly, the NISA has an aura of change to it. It has a sense of addressing a long-felt need, and the rousing potential to propel Australia into the ideas boom.

However, disappointingly, the NISA fails to mandate innovation and commercialisation training. Consequently, Australian scientists will generally still be lacking an understanding and the practical skills that are so essential in translating research into commercialisation, although perhaps this responsibility lies not with the Government, and instead with the very research institutions set to benefit from the NISA. This includes research institutions, such as the CSIRO, universities and even secondary schools.

Australian scientists need to be raised in an innovative and commercialisation-savvy environment – it needs to become second nature. For this to occur, a fundamental understanding of innovation and commercialisation should ideally be introduced at secondary school level. Otherwise, every tertiary student, especially those in STEM courses, must be introduced to these skills. At the postgraduate level, courses directed to the commercialisation of specific research programs should be available, if not compulsory. This will eventually lead to a generation of Australian scientists with the skill and practical know-how to drive the ideas boom. Only then will we be capable of undertaking the much needed shift in culture from ‘fear of failure’ to ‘embracing risk’.

In the meantime, there must be a focus on further training for current research leaders, including university scientists, as this is where we presently have the greatest potential to innovate. It is rare to find a senior academic or lab head who has had formal training in these areas, and, instead, they must solely rely on knowledge they have picked up from many years of working in the field. It is a priority that future leaders directing research groups have a knowledge of innovation and commercialisation.

The NISA is a promising step forward

To be a successful nation, Australian must ditch its ‘fear of failure’ culture and instead adopt an ‘embracing risk’ culture. Pleasingly, the Government appears to be actively encouraging this through the implementation of the NISA, which proposes to knock down the key barriers to commercialisation, and inspire us to achieve through innovation.

However, it won’t come without challenges, and as Prime Minister Turnbull has stated, ‘Australia has embarked on one of the most ambitious public sector innovation projects ever attempted … Its aim is set out in the National Innovation and Science Agenda.’

With the upcoming Australian federal election, we can only hope that it’s a priority of the government to continue with a long-term vision to encourage and foster innovation.

Brittany Howard MRACI completed a PhD in medicinal chemistry at the Monash Institute of Pharmaceutical Sciences before undertaking a postdoctoral position with the National Institutes of Health (US). She is currently a trainee attorney with FB Rice. 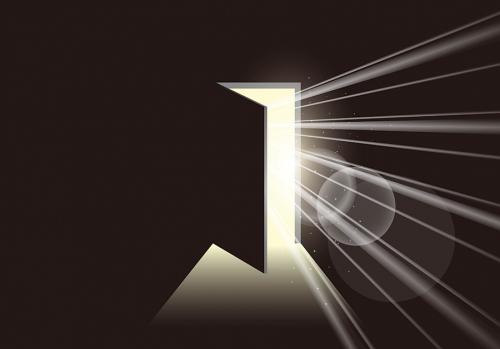 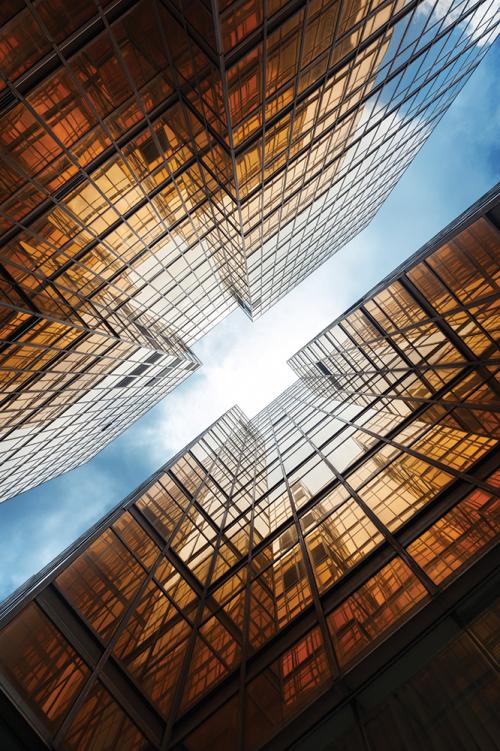 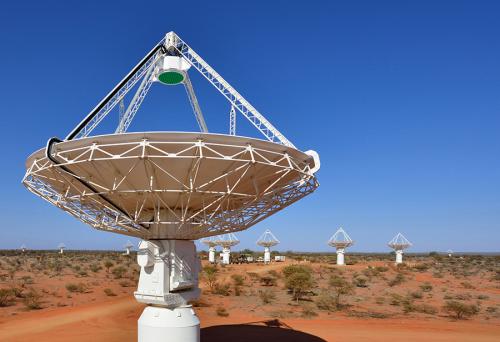 Antennas of CSIRO’s Australian SKA Pathfinder (ASKAP) telescope at the Murchison Radio-astronomy Observatory in Western Australia.. The ASKAP telescope is a high-speed survey instrument comprising 36 independent beams. It uses innovative technologies such as an extremely wide field-of-view interferometer with phased array feeds. The first ever 36-beam image was produced in April during commissioning activities.

… only 16% of Australian businesses have a high performance innovation culture, in contrast to 44% of the Global Innovation 1000.