A scientist once told me that identifying the optimal interaction between molecules is like finding a needle in a haystack. Professor Brian Smith, molecular modeller at the La Trobe Institute for Molecular Science at La Trobe University, is an expert at just that.

His research, a complex mix of computer simulations and mathematics, calculates the structure and properties of molecules, and predicts what they might do over time and in particular settings. It is critical work for drug discovery, providing unique data on what may turn out to be the next miracle molecule.

I sat down with Professor Smith to find out more about what molecular modellers do, and how their research is transforming our understanding of health and disease.

GISELLE ROBERTS: Brian, you have been modelling molecules for over 30 years. What do you do and what role does modelling play in scientific research?

BRIAN SMITH: I use mathematical models to describe molecules and their interaction with proteins, peptides and drugs. I have a particular focus on how they change over time. We all experience time. We wake up in the morning and we go to bed at night, and things happen from one point to another. Things happen to molecules too and my job involves charting their journey.

GR: And you use computers to do that.

BS: Yes. Calculating molecular interactions over time requires enormous computational power. We use the supercomputers at NCI Australia in conjunction with standard computers that have graphics processing units, the hardware that supports video games. It produces the special effects in a game, but can be repurposed to generate scientific data. I use that hardware and write computer programs to answer specific molecular questions, usually around predicting what sorts of compounds might make useful drugs. We run simulations until we feel that we have generated confidence in the information, analyse the data, and create a visual representation of that for further analysis.

GR: OK, so what are the advantages of modelling? Why not just track molecules in the lab using other experimental techniques?

BS: We can obtain calculations that have a degree of accuracy that is unachievable by any other method. And we can interrogate very small timeframes on systems that have no experimental parallel. That said, a model is only an idea. It’s in silico, or virtual, until it is validated. Modelling predicts how an interaction between molecules might occur, how it changes, and how to improve the interaction if that is what we are trying to do – which is particularly critical to drug discovery. We can also identify the shortest route of delivery, while running long simulations in an effort to understand the entire system.

GR: In terms of drug discovery, I understand you are part of a team that is developing new forms of insulin to treat diabetes.

BS: Yes. Regulating blood sugar is key to managing insulin-related diseases such as diabetes. Insulin helps to stabilise blood sugar, but it treads a fine line between modulating the spike in glucose after a meal, while also maintaining an effective base level. It tends to be slow and long lasting, which is not necessarily what you want as a diabetic. Instead, you want to be able to see a hamburger, buy it, and enjoy your meal without having to wait 30 minutes before the insulin is working properly.

GR: How can we overcome that?

BS: My group is part of an international team that is working to identify new forms of insulin that respond immediately without the long-lasting effects. Our part in the project has been to use computer models to explore the behaviour of these stable, fast-acting insulin-like molecules. We hope the project will lead to more effective therapies that can accurately reflect normal blood insulin activity. We’ve also identified more robust insulin-like molecules that do not require refrigeration. It could be transformative for diabetics.

GR: It must be exciting to contribute to projects that have such incredible translational outcomes.

BS: It is. Earlier in my career, I was part of a large consortium working on anticancer drugs. One therapeutic from that research collaboration ended up on the market last year. My part in it was small, but it was nice to contribute to something that will help people.

GR: And, perhaps, in the future, your research may contribute to the development of more responsive forms of insulin.

BS: I hope so. To help somebody beyond academia is an incredible driver. The people I work with tackle big problems such as influenza, cancer, diabetes and malaria – diseases that affect millions of people every year. Any solution, big or small, has global impact. I love solving problems that scientists have no way of interrogating by any other method. It’s also very rewarding to achieve an impact beyond a nice scientific paper, to make a difference to someone’s quality of life in a broader sense. 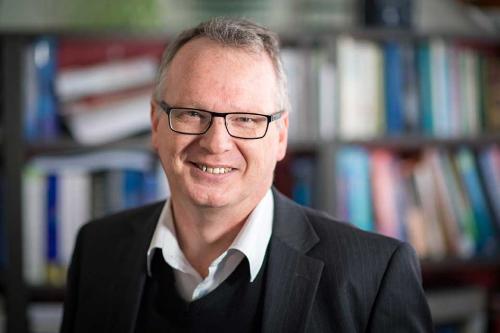 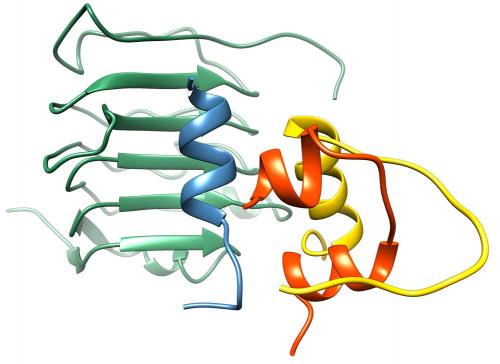