Professor David Wood FRACI CChem was an international statesman of the chemical engineering profession, being the first President of the World Chemical Engineering Council. He served as Head of the Department of Chemical Engineering at the University of Melbourne from 1982 to 1996 before serving as Dean of the Faculty of Engineering until his retirement from the university in 2002. He was a strong advocate for women to study chemical engineering. David was also an enthusiastic educator who placed the student at the centre of his activities whether he was a lecturer, head of department or dean.

When he completed his PhD at the University of London, David never intended to work at the University of Melbourne. He applied to work for a CSIRO division located in the Melbourne suburb of Port Melbourne. Dr Clive Pratt, the division chief, suggested that David work in the fledgling department of chemical engineering at Melbourne for a couple of years before joining CSIRO. When he joined the department, there were just four other academics, no building, and no teaching laboratories.

David was a natural teacher. He developed and taught a subject that was known in the department as Process Engineering. In the subject, students were given vague, poorly defined problems that sought to replicate the types of real-life problems encountered in industry. Some students loved the subject, some hated it, but all agreed that it helped to prepare them better for their roles as engineers. David was also known for the way he inspired students, convincing some who doubted their own abilities that that they could become engineers.

When David was appointed head of department in January 1982, the department was not particularly known for its research accomplishments. By the time he left the role, the department was one of the strongest in the country, being home to the G.K. Williams Centre for Extractive Metallurgy and the Advanced Mineral Products Centre. As Dean, David turned the Faculty of Engineering at Melbourne towards Asia, establishing valuable links with leading institutions across the region. He also established the role of Assistant Dean (Equity and Diversity).

David was chair of the Organising Committee for the Sixth World Congress of Chemical Engineering. Today, it remains the largest chemical engineering-focused conference ever held in Australia. Not only did the conference see the establishment of the World Chemical Engineering Council, but the Melbourne Declaration of Sustainable Development was also proclaimed, a document signed by leaders of many of the world’s professional chemical engineering societies.

Following his retirement from the university in 2002, David continued to serve the profession, most notably providing guidance and advice to the chemical engineering program at Tianjin University in China. Shortly after this, the program became the first in China to receive IChemE accreditation.

Since joining IChemE in 1959 as a student member, David served in many capacities including as editor of the quarterly Chemical Engineering in Australia, Chair of IChemE in Australia and Vice President of IChemE 1995–1997. He also acted as an accreditation assessor across three decades. Between 2010 and 2012, he served as President of the RACI and chaired this magazine’s committee. David was the diving force behind the 2017 RACI Centenary Festival.

David was awarded the 2001 Chemeca Medal, IChemE’s Arnold Greene Medal in 2001 ‘for his outstanding service to the profession in Australia, including his Chairmanship of the Board of IChemE in Australia, his Editorship of Chemical Engineering in Australia and his inspired leadership of the World Congress group’ and the IChemE Council Medal in 2008 ‘in recognition of sustained and invaluable efforts in China, particularly in relation to Tianjin University’.

David retired to the small community of Tawonga in north-eastern Victoria where he continued to serve, this time his local community including U3A and Probus. David is survived by his wife Elene, his children Michael and Alison and five grandchildren. Our profession is greatly enriched by his work over more than six decades. 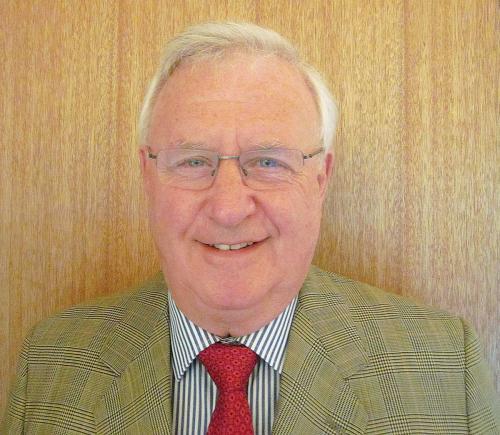