Insulin injections have saved countless lives in the 100 years since the hormone’s isolation and scale-up by Canadian chemists and physiologists.

A century ago, six-year-old Sydney girl Phyllis May Adams lay dying. She had fallen ill the previous year, and now weighed just 10 kilograms. Her salvation lay wrapped in cotton wool, in the care of the purser of a P&O ship arriving from Vancouver. So great was her need that her father met the ship mid-harbour to rush home her first dose of the new miracle hormone extract, insulin.

The idea that saved Phyllis’ life had originated just two years before, although the disease that almost took it – diabetes – had been discussed for millennia.

The word ‘diabetes’ dates back to the second century CE, when Arataeus of Cappadocia described the excessive drinking and urination that is symptomatic of the untreated condition. It comes from the Greek verb διαβαίνω (‘diabaino’), which roughly translates to ‘to pass through’. The disease has been noted across the world and throughout history: in the Ebers Papyrus (Egypt) from around 1500 BCE; in the works of Sushruta ‘the father of surgery’ (India) in the eighth century BCE; and in China in the works of Chang Chung-Ching, about 200 BCE, and Chen Chuan, about seventh century CE. It has been noted in the classical world by Arataeus of Cappadocia and by Galen (~150 CE); and in the Middle East, in Avicenna’s textbook El-Kanun (‘The canon of medicine’) during the 11th century. Mediaeval scholar Moses Maimonides (12th century CE) described the illness in detail, including symptoms of acidosis.

The beginning of a solution came from Oskar Minkowski and Joseph von Mering in 1889 at the University of Strasbourg. Continuing experimentation on dogs (see box p. 23), they were able to induce diabetes in an animal by removing its pancreas. It soon developed polyuria, and its urine was found to contain 12% sugar. They went on to show that by implanting a small portion of pancreas subcutaneously in depancreatised dogs, hyperglycaemia could be prevented until the implant either was removed or spontaneously degenerated.

In 1910, English physiologist Edward Albert Sharpey-Schafer proposed that diabetes developed in the absence of a particular substance that the pancreas produced. He called this chemical ‘insulin’ (from the Latin insula, meaning ‘island’) after the pancreatic ‘islets of Langerhans’ (see box p. 25). This was followed by a series of attempts to extract insulin from ground-up pancreases, all of which failed because another major pancreatic product, digestive enzymes, destroys insulin on contact.

All of this history came together in a rush, starting in October 1920. Lacking sufficient patients in his newly established practice in Ontario, young and unknown Canadian surgeon Frederick Banting took a job as a university lecturer. While preparing for a class, he read an article stating that the islets of Langerhans deteriorate more slowly than other pancreatic tissue. It gave him an idea, but he had neither the expertise nor the facilities to investigate.

In November 1920, Banting met with eminent biochemist John Macleod at the University of Toronto. Macleod was sceptical of Banting’s idea, but after some persuading agreed to share his lab and resources for the summer break.

Macleod offered two research students, Charles Best and Clark Noble, summer jobs at his lab. After a coin toss, Best won the right to work with Banting on the insulin project. Best and Banting started work in May 1921. They tied off the pancreatic ducts of the first of several dogs, causing atrophy of the exocrine region of the subject’s pancreas.

After the pancreas was allowed to atrophy, the degraded pancreas should only have produced insulin. Best and Banting euthanised the dog, crushed the pancreatic glands in a cool mortar and froze the tissue in salt water. To this powder, they added 100 millitres of ‘physiological salt’ (0.9% NaCl, at the same osmotic pressure as blood serum), and then injected five millilitres of this intravenously to a depancreatised dog. Within two hours, the animal’s blood sugar concentration had decreased considerably.

The experiment was repeated several times, and different treatments of foetal calf pancreas were also trialled. These organs had the advantage of being readily available from abattoirs (cattle were impregnated prior to slaughter to more rapidly fatten them up), as well as being richer in insulin. By November 1921, Best and Banting had kept a dog alive with insulin extract for 70 days.

However, the extraction process was inefficient, and the product impure. Chemist James Collip was brought onto the team in December to produce a more practical insulin-extraction process. He based his method on alcohol purification. By placing mashed (pig) pancreas in contact with alcohol, insulin would stay dissolved up to a critical concentration of alcohol, then would suddenly precipitate. The recovered precipitate represented a more purified form of insulin.

In 1922, on 11 January, the team trialled their insulin extract on a critically ill child – 14-year-old Leonard Thompson. Within 24 hours, his dangerously high blood sugar level had dropped, but he developed a severe abscess at the injection site. Collip worked furiously to further improve the purification process.

On 23 January, Thompson was given a second dose. His blood glucose dropped from 520 to 120 mg/dL in 24 hours and urinary ketones disappeared. History had been made. Thompson continued his treatment without obvious side-effects, and survived another 13 years before dying of pneumonia in 1935.

On 25 January, Banting, Best, Collip and Macleod signed a memorandum agreeing not to take any action to inhibit the manufacture of insulin on a large scale, to seek neither a patent nor a commercial collaboration. They jointly prepared a paper to the Association of American Physicians, delivered by Macleod on 3 May, and news spread like wildfire.

But disaster struck just weeks later. Collip was unable to produce mass quantities of insulin. Following the same recipe as the lab, his larger batches lacked the active ingredient.

Macleod brought on Eli Lilly and Company, a manufacturer of medicinal capsules out of Indiana. The problem of purification was passed to 27-year-old chemist George Walden. He immediately thought of the work of Danish chemist Søren Sørensen a decade earlier. Based on that work, he discovered that pH is much more important to insulin solubility than alcohol concentration.

By August 1922, Eli Lilly was ready to commence shipments of insulin to the newly established diabetes clinic at Toronto General Hospital.

Half a world away at the University of Adelaide, physiologist and biochemist Thorburn Brailsford Robertson received the details of the manufacturing process from Macleod. Experimenting with this, Robertson determined that the digestive juices of newly slaughtered animals destroyed most of the insulin before it could be extracted. He developed a variation of the process that was cheaper, faster and higher yielding than procedures used in the rest of the world.

On 7 January 1923, gravely ill nine-year-old Dawson Hanna became the first person to receive the insulin extracted by Robertson. Throughout January, it was all Robertson and his students could do to keep up with her treatment. Working with volunteers at the abattoir and with Mark Mitchell (the Vice Chancellor’s son, and the only one among them wealthy enough to own a car), they would race the fresh pancreases from the slaughterhouse to the university. Robertson’s students volunteered their time to help improve the process.

This improved when abattoir veterinarian T.A. Burrage suggested snap-freezing the pancreases to preserve the insulin. Over the 18 months that the abattoir was the sole supplier of insulin, the slaughterhouse workers gave up their free time to freeze the trays of pancreases, knowing the hundreds of lives that depended on their effort.

The 1923 Nobel Prize in Physiology or Medicine was awarded jointly to Banting and Macleod ‘for the discovery of insulin’. Banting shared his cash prize with Best; Macleod shared his with Collip.

By May 1924, death from diabetes was no longer inevitable. A New York Times quote sums it up succinctly: ‘One by one the implacable enemies of man, the diseases which seek his destruction, are overcome by Science. Diabetes, one of the most dreaded, is the latest to succumb’. 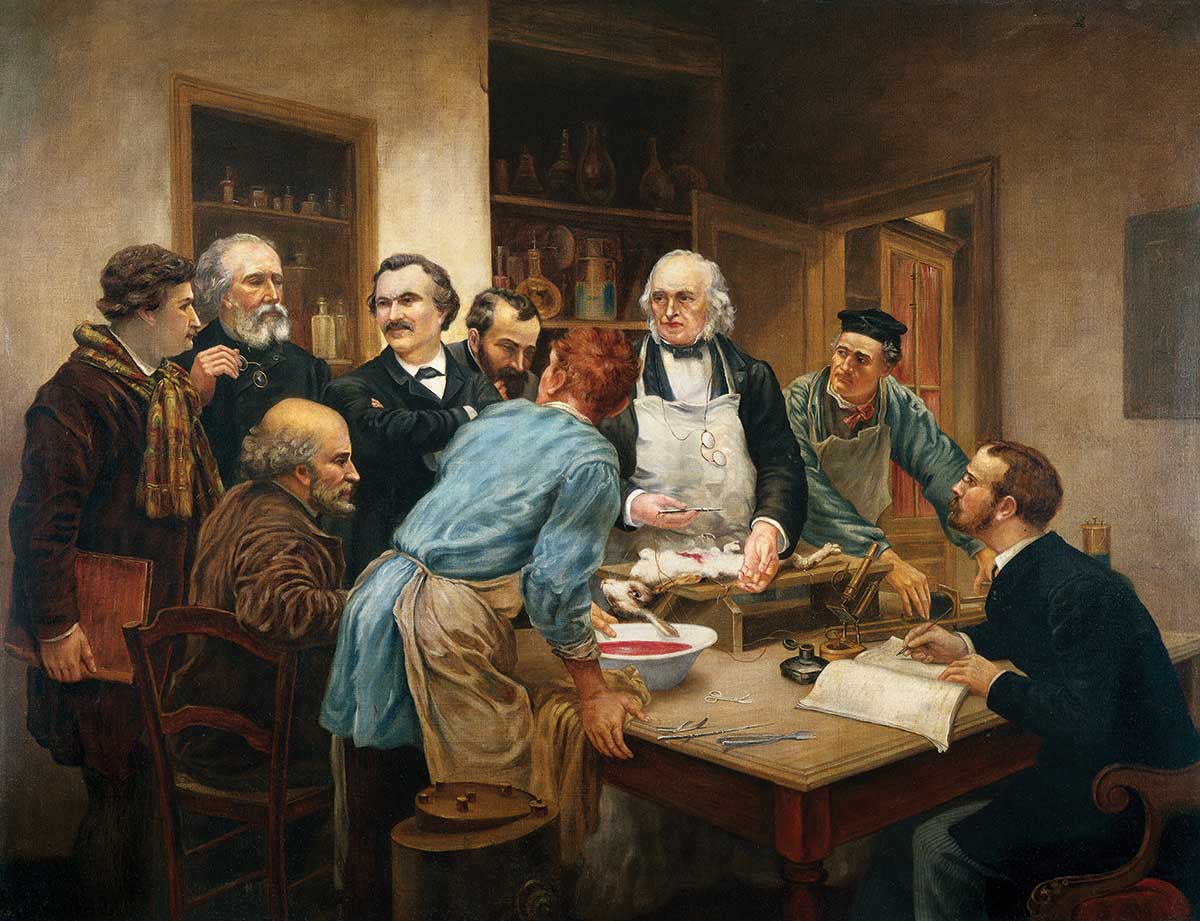 In 1675, English anatomist and physician Thomas Willis added the term ‘mellitus’ (Latin for ‘honey sweet’) after noting the sweet taste of diabetic urine. His Pharmaceutice rationalis refers to diabetes as ‘the pissing evil’.

It seems that many physicians have noted the same sweetness of taste, the urine’s stickiness, and its ability to attract ants. These discoveries raise some interesting questions about early pathology methods.

The high sugar levels in blood serum (hyperglycaemia) of people with diabetes mellitus was identified by English physician Matthew Dobson in 1776 – because of this, he deduced that diabetic urine always contained sugar that was not formed in the kidneys. In the 19th century, Parisian Claude Bernard determined both that the liver played a role in glucose production and that it was an excess of glucose that caused diabetes. His work involved some very clever (but cruel) experiments on dogs that disproved the theoretical role of the lungs in diabetes, and established that the liver synthesises glycogen from glucose and then stores it, thereby contributing to stable blood sugar levels. 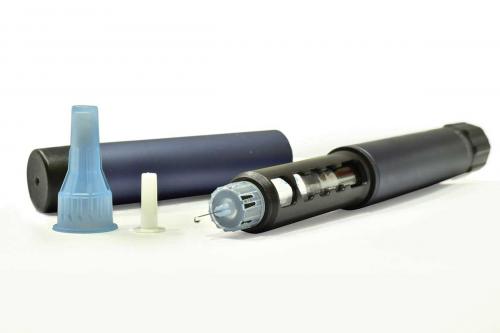 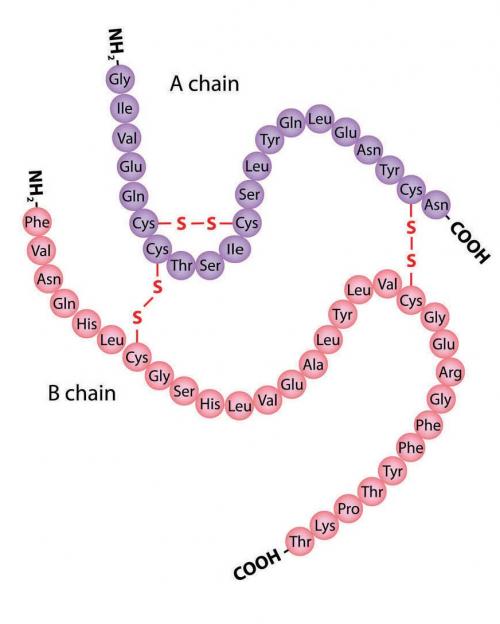 Within the pancreas are approximately one million clusters of cells called the islets of Langerhans, collectively weighing about a gram. About 75% of the cells in the centre of each cluster produce insulin, while peripheral cells secrete glucagon, somatostatin and pancreatic polypeptide. Each islet is supplied by one or two tiny arterioles that branch into many capillaries, as well as many (mostly autonomic) nerve endings that monitor and control function. Islet function can be initiated by autonomic nerve signals, by circulating metabolites such as glucose, amino acids and ketones, and by various hormones.

People with type 1 diabetes constitute about 10% of the population with diabetes mellitus. When Galen described the condition in the second century BCE, he stated that he had seen only two cases in his entire life. Type 1 diabetes is an auto-immune condition generally triggered by a viral infection such as rubella, mumps or rotavirus. If the virus and the body’s insulin-secreting cells have some antigens in common, antibodies produced to attack the virus also begin to kill insulin-secreting cells. This type of diabetes develops suddenly and irreversibly, and if not diagnosed and treated quickly can be fatal.

Type 2 diabetes constitutes 85% of all cases of diabetes mellitus, and its prevalence continues to grow. This form of diabetes develops as cells lose the ability to effectively use insulin. The beta cells continue to produce insulin, but as the cellular resistance increases, the insulin production eventually becomes insufficient. Overeating stresses the membranous network in cells called the endoplasmic reticulum. Excessive nutrients cause the cell to close or dampen insulin receptors on the cell surface – the cell is ‘full’. Physical activity can overcome this by using up the nutrients in the cells, opening the insulin ‘gates’ to allow more glucose in.

Type 3 or gestational diabetes is a temporary condition experienced as a complication of pregnancy. Blood glucose values rise above normal, but below the levels that are diagnostic for diabetes. Hormones produced by the placenta cause insulin resistance, but most women can produce enough insulin to overcome this resistance. It can be treated in the short term, but does leave women vulnerable to higher risk of developing type 2 diabetes later in life.

For information about diabetes symptoms, treatment and the latest research, visit www.diabetesaustralia.com.au.

Walden ... discovered that pH is much more important to insulin solubility than alcohol concentration.