I’ve been having flashbacks since I discovered a herbicide in which the active ingredient is pelargonic acid – more correctly and clumsily known as nonanoic acid. It took me back to the 1960s when we struggled to fit ourselves and our students into systematic nomenclature for organic compounds. The old names may have lacked system but they had a ring of the history of chemistry that appealed to me and gave hints of where the substances could be found, or at least where they had first been identified.

Of course, systematic names have advantages, but most of us were only prepared to use them when we really had to. Consider some examples of linear aliphatic acids. Nobody ever talked about methanoic acid (formic acid, from the red ant Formica rufra) but ethanoic came a bit more easily because of our love for ethanol. I always had trouble with the goat acids – caproic, caprylic and capric – and I had to look them up before I could tell you they were C6, C8 and C10. In just a few cases the traditional name morphed into the systematic name without much trouble: butyric acid (buttersäure in German, from rancid butter) aka butanoic acid.

I had not realised until I began researching this Letter that the torture of the 1960s had its origins way back in the 19th century, and that an International Chemical Congress was held in Paris in August 1889 to address the problems of nomenclature. The unification of chemical nomenclature was only one of four sections into which the Congress was divided, the others being concerned with the analyses of food, agricultural and pharmaceutical products, but it was nomenclature that dominated the reports of what had gone on in Paris. Many of the names of those taking part – mostly from Europe but there were representatives from Britain – were familiar to me from textbooks and named reactions.

The Congress heard reports of competing and often confusing names for chemical substances, and before heading for the obligatory banquet a group of French nationals that included Berthelot and Friedel was charged with forming an International Commission to ‘promote uniformity of chemical nomenclature’. They were empowered to augment their membership, and this they did by adding, among others, Baeyer (Germany) Armstrong (Britain), Beilstein (Russia), Paterno (Italy), Remsen (USA), Bonkowski-Bey (Turkey) and Mourgues (Chili). Sending them on their mission, Friedel especially thanked the foreign members and stressed the importance of ‘the use of the same language among chemists of all countries’. He felt sure they would succeed and hoped that they ‘would be able to report such serious progress as to justify the summoning of another Congress’.

The members of the Commission worked hard on their task and met in April 1892 at the Hôtel Métropole in Geneva (built in 1854, it’s still going – see photo) to complete their report. This was made available to national bodies and published in French-, German- and English-language journals. In Nature, Henry Armstrong provided a commentary to go with the French text. It had been agreed that although colloquial names would probably survive, every compound should bear a systematic name of such character that it can easily be translated into the corresponding formula, and vice versa. In order to help people into the new system, the names methane, ethane, propane and butane were to be retained, but for longer chains the Greek prefix, according to the number of carbons, would form the basis of the name. Carboxylic acids, with the carboxyl counted as one of the carbons in the chain, were given the oique (oic in English) suffix. Many other things we are familiar with, such as side-chain terms like methyl, ethyl and propyl, appeared in this Geneva system. With 46 recommendations, it was widely adopted but I had a chuckle at the example given for the use of the ‘ene’ ending for hydrocarbons containing a double bond: ‘ethene’. However elegant and systematic it might be, ethene has struggled to catch on, but it turns up occasionally in crossword puzzles for which we can probably thank the Macquarie dictionary. I was surprised to find that it was first suggested by A.W. Hofmann, in a note published in the Proceedings of the Royal Society of London … in 1866. 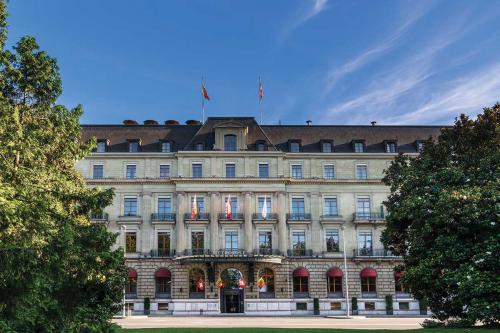