Riding on the ICT revolution, recruiting public help for research is on the rise, bringing benefits for both scientists and non-scientists.

In the wave of scientific advancement through the Renaissance, through the Enlightenment and extending into the 19th century, independent science was an inspiring movement. Our history is replete with men and women – for example Antoine Lavoisier, Henry Cavendish, Mary Anning and Charles Darwin – whose innate curiosity translated to their direct dedication to scientific endeavour, using whatever resources were available to them at the time. As the 19th century progressed, the increasing complexity and cost of research saw the process become more institutionalised, and by the 20th century independent science was virtually extinct. It might be argued (albeit simplistically) that by taking science and sequestering it behind ivy-covered walls, we have done it a disservice. By reserving scientific advancement and recognition largely to an academic elite, perhaps we have disenfranchised a significant portion of the population. In a recent article (May issue, p. 18), I wrote about the direct consequences of poor communications of science prior to the L’Aquila earthquake, which is at least partly a consequence of disparity in understanding and expectation. In the past 5–10 years, an emerging paradigm – citizen science – is showing promise in bridging the gap. Its participants are different from the earlier independent scientists because the former were scientists first, by inclination and training. By contrast, the participants in the modern citizen science or crowdsourcing projects come from as wide a range of backgrounds as can be imagined. As with any relatively new field, the terminology is evolving, but a good working definition of citizen science is provided by Dr Philip Roetman of the Australian Citizen Science Association. He describes citizen science as projects where scientists work with the community to conduct research. Roetman emphasises that a good citizen science project must include three key components: research, engagement and education. Perhaps the biggest driver in the rapid growth of citizen science projects in the 21st century has been computing and communications technology, which has become cheap, rapid and ubiquitous. Information has become democratised, readily available to all, in a manner in which the creation and distribution of information is no longer ‘top-down’, but much more shared. Roetman notes that the IT revolution has been ‘the catalyst for the explosion of citizen science around the world.’

One of the key advantages of citizen science is that it offers the potential to gather significantly greater quantities of data, numerically, spatially and temporally, than would be achievable using paid field staff.

Earlier citizen science projects involved the sharing of computational resources as ‘distributed computing’, particularly for intensive calculations such as astronomy. However, in Roetman’s opinion, this lies at the edge of the field, because it can lack participant engagement. More recent projects such as those within Zooniverse (www.zooniverse.org) provide better examples within astronomy. Among these projects, amateurs were encouraged to assist in laborious tasks such as examining astronomical images for galaxies and undiscovered planets. Moving beyond astronomy, zooniverse has a range of interesting projects, such as ‘Old Weather’, which asks volunteers to transcribe the weather observations from historical ship logs, valuable data that could help us understand how the climate has changed. Critically, it was found that not only did amateurs enthusiastically participate in the requested work, but they also formed forums in which they interacted with each other to conceive and contribute their own hypotheses to carry the research forward. A good Australian example is the Explore the SeaFloor project (exploretheseafloor.net.au). Nearly 10 000 citizen scientists are helping to analyse nearly 400 000 images, initially to spot a northern sea urchin species invading Tasmanian waters as part of an investigation into the effects of climate change on local kelp and seaweed ecosystems. Participants are given online tutorials and support to identify urchins in images captured by a robotic underwater vehicle, so that researchers can then assess the depths and locations of the urchins, their number and range. There is feedback on the progress, and the opportunity to win a small prize as reward. In the National Koala Count, selected and trained citizen scientists are provided with a mobile phone app, and in a ten-day annual program they locate and photograph koalas across a wide geographical distribution. Importantly, these photos are automatically geo-tagged using the phones’ GPS location features, so that the data can be verified and analysed for bias (such as a predominance of sightings along roads). One of the key advantages of citizen science is that it offers the potential to gather significantly greater quantities of data, numerically, spatially and temporally, than would be achievable using paid field staff. It therefore lends itself particularly well to environmental and ecological studies, where the greater sampling also increases the chance of capturing rare or sporadic events. Ornithology is particularly benefitting from citizen science, drawing on a substantial established resource of enthusiastic hobbyists. However, flora and fauna studies and ecology more generally also gain substantial participation, and it is notable that such studies offer great examples of the multiple models for citizen science. In ‘Contributory’ models such as the Koala Count, the research is designed and conducted by scientists, with data input from the public. In ‘Collaborative’ models, the public may help refine the project design, analyse data or disseminate findings. In ‘Co-created’ models, the public are active in all phases of the research from initiation. This is particularly the case for local ecological projects such as studying contaminated aquatic ecologies. Across all of these models (most obviously the co-created projects), engagement is a crucial component. This extends beyond the choice of research topics and emphasis to engage the interest of the participants, but also to the use and sharing of the interim and final results. As such, this also shows the importance of good project design and clear definition of goals, because in a local ecological project, for example, the community’s emphasis might be on gathering data to support or precipitate early action or intervention, whereas the scientists’ emphasis might instead be on longer-term evaluation and/or analysis in a wider context. The educational component of good community science is similarly important. The integrity of the data captured by citizen scientists is for preference verifiable, and the use of technology has been of significant assistance in this regard. However, proper training and support for citizen scientists is important to minimise observer bias or sampling error, most particularly as the degree of complexity in field work increases. As noted by Janis Dickinson et al. (Front. Ecol. Environ. doi: 10.1890/110236), ‘A critical component of this effort is the creation of educational materials, including background information that allows the participants to understand the theory and ideas behind the research, a comprehensible description of the research questions, and clearly described, tested protocols for how to carry out observations.’ This reliance on technology means that citizen science can’t simply be assumed as a source of ‘free data’. The growing literature on the subject routinely emphasises the importance of good project infrastructure design, including the website for engagement, interaction and easy data entry, and (if appropriate) a mobile phone app for field use. The establishment costs for a citizen science project may be appreciable, and it is important to factor in the costs of the appropriate support, oversight and engagement/education resources throughout the tenure of the project. However, the answer to this may at least partially lie in the crowdsourcing model itself. Already there are specialist sites through which researchers can pitch their ideas for crowdsourced funding, often in return for project trinkets or outputs.

...proper training and support for citizen scientists is important to minimise observer bias or sampling error, most particularly as the degree of complexity in field work increases.

In an era when academic institutions are under increasing pressure for funding, citizen science may be an opportunity for efficiency in larger projects, particularly where these involve certain types of labour-intensive data input (such as weather observations or image analysis), or expensive field trials. However, more importantly than just project efficiencies, I believe that the inclusion of the wider public in scientific endeavour can only lead to improved outcomes for the communication and general understanding of science more generally. By participating in the scientific process, community members can become more familiar with the rigours of the scientific method, the importance of repeatable experiment over anecdote, the importance of uncertainty and the timeframes of the development of knowledge. They will surely become more alert to scientific news, and more receptive to informed discourse. By engaging more directly with the public, we as scientists should also become more adept at explaining our work, more inclusive in our thinking and (perhaps most importantly) better at the art of listening, regarding and adapting to the needs of the community that supports us. After all, that hasn’t always been our strong suit. 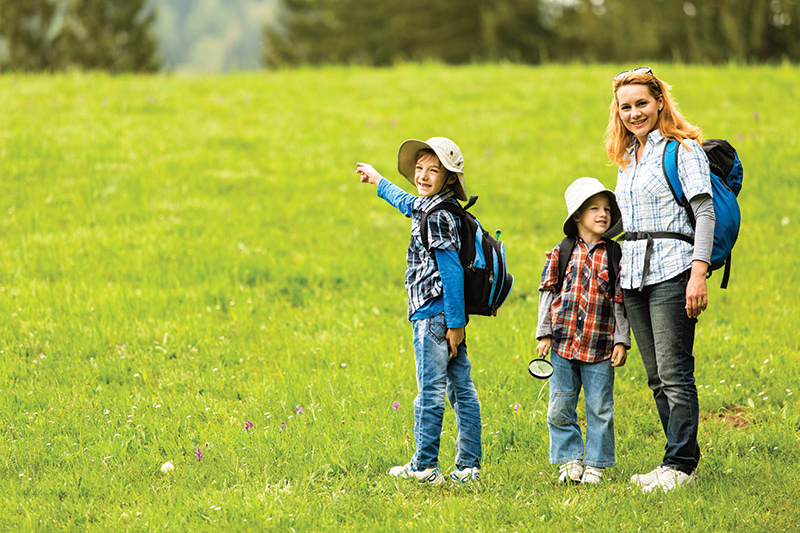 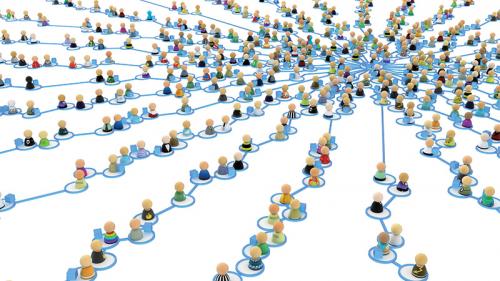 Citizen science during times of war 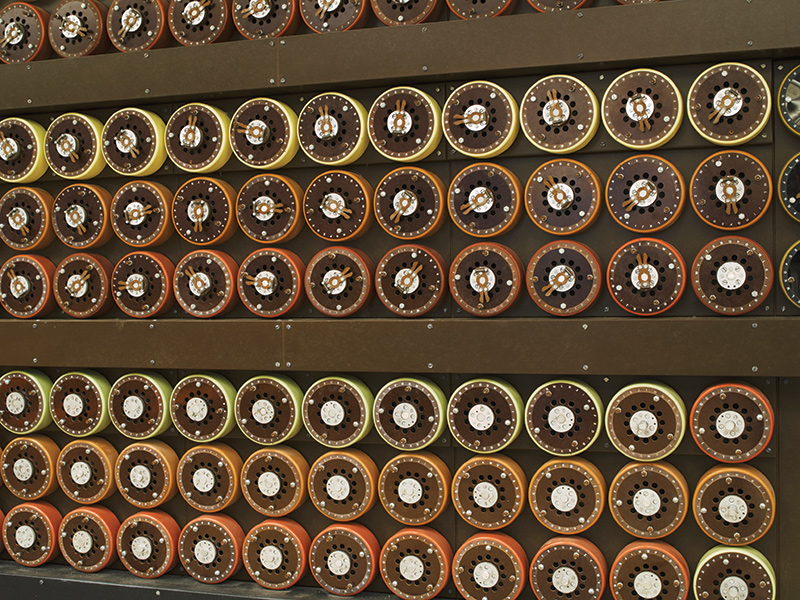 In World War II, decoding of the Enigma machine, one of the notable successes at Bletchley Park, was a massive group project, involving hundreds of codebreakers (contrary to the story in the recent film on the topic), including civilian amateurs who had been recruited through a newspaper competition. Although necessarily secret at the time, this is an example of success in citizen science. However, citizen science hasn’t always been successful. In 1941, actress Hedy Lamarr conceived an approach to protect wireless communications from jamming by ‘frequency hopping’, synchronised between the transmitter and receiver. The idea was rejected by the US Navy, who told her that she could better serve the war effort by using her status as an actress to sell war bonds. But it was eventually taken up during the Cuban Missile Crisis in 1962, and the idea has served as a basis for the modern spread-spectrum communication technology, used in Bluetooth and other wireless communications. She was inducted into the Inventor’s Hall of Fame in 2014.